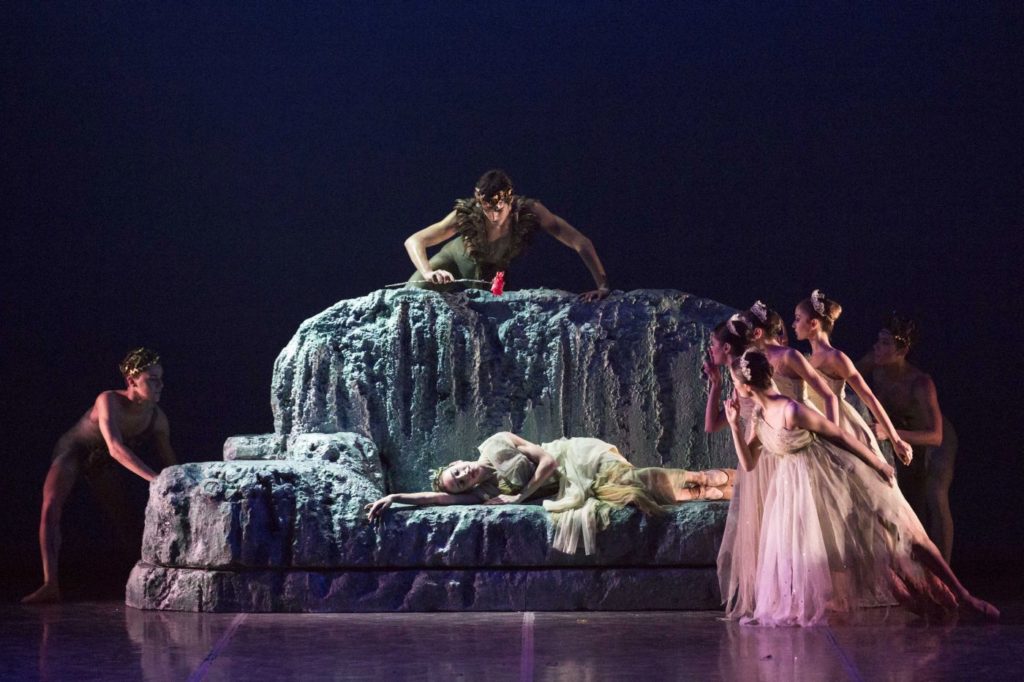 Earlier this May, the Teatro dell’Opera di Roma unearthed an archival recording of a 2014 performance by the opera’s ballet school: Shakespeare’s romantic comedy (or, rather, satire on romantic comedy) “A Midsummer Night’s Dream”, choreographed and directed by Alessandra Delle Monache. Her genre-spanning production is grounded by the explanations of a narrator (Giulia Tomaselli, a student of the Accademia Nazionale D’Arte Drammatica Silvio d’Amico, Rome) who helps us sort out the tangle of romances blossoming in the forests outside Athens. It’s an understandable move, since – unlike in other productions – two of the four couples (Hermia & Lysander, Helena & Demetrius) are dressed so similarly that mixing them up is inevitable. END_OF_DOCUMENT_TOKEN_TO_BE_REPLACED