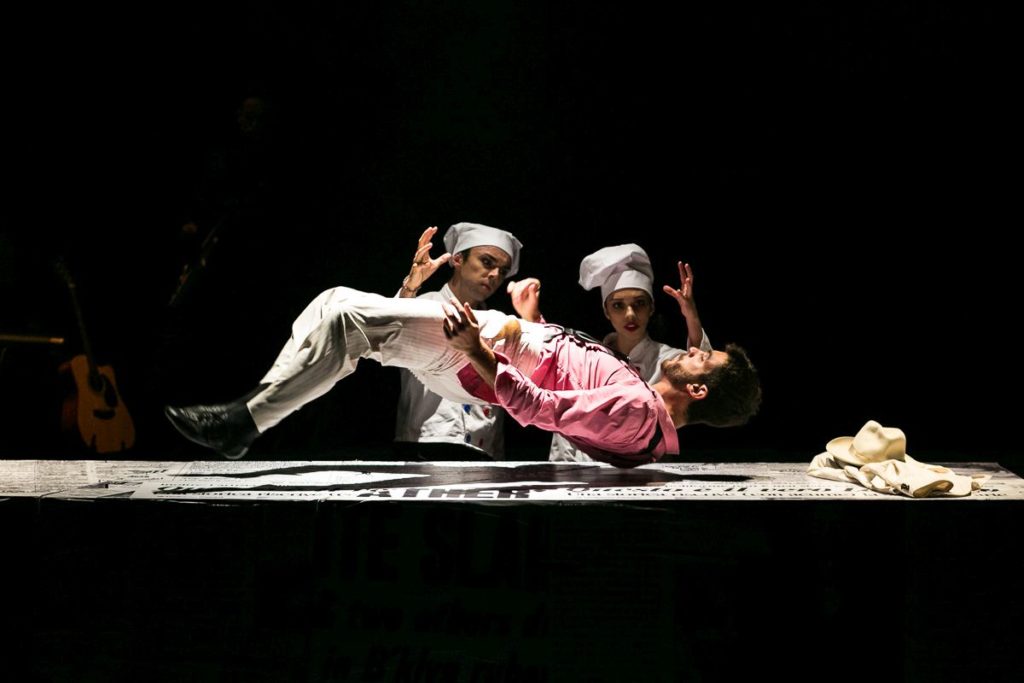 Two French chefs (Morgane Lanoue and Mathias Deneux) were already preparing “The Last Supper” onstage when the audience took its seats. Wearing pristine white chef’s hats and red and blue shoes respectively, they were on the hunt for a bluebottle that hummed obtrusively around the blocky table and marred the cozy bar music played by a little band in the back. But using a kitchen trowel as swatter wasn’t productive. While the guests arrived and gathered around the huge table center stage, the fly buzzed towards a safe place. The table, made of several smaller blocks, was plastered with pages of the international press, which later, when the parts were separated, revealed huge red blood stains splashed across the newspaper. This was certainly not a Christian meal… END_OF_DOCUMENT_TOKEN_TO_BE_REPLACED