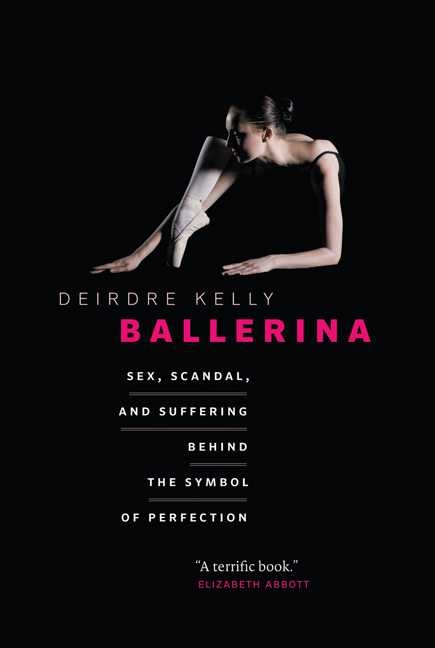 In about 200 pages Kelly paints a historical line from dance at King Louis XIV’s court to our time, but despite 250 or so references and considerable notes she seems less interested in insightful and comprehensive analysis – which exist already in Jennifer Homans’ excellent “Apollo’s Angels – A History of Ballet”. Kelly pieces together a patchwork of individual fates. Again and again she expresses her conviction that danseuses are tormented, ill-treated and exploited creatures, true martyrs in the service of art. Indeed, she persuasively depicts the situations of ballerinas of the French Ballet de cours, the Age of Enlightenment and the Romantic period. The Paris Opera’s murky backstage did degenerate into an institutionalized brothel, with career prospects dependent on the influence and number of the danseuse’s male protectors, fittingly called “les abonnés”. But things aren’t put into perspective. Not in accordance with the facts, for example, is that from circa 1840 on male roles in France were danced en travesti because so many girls stormed the ballet schools and had to be kept busy later. That the fatal accident of the Paris dancer Emma Livry in 1862 – her costume was set aflame during a dress rehearsal and she died as a result of her serious burns – led to the decline of the Romantic ballet in Paris and the subsequent artistic stagnation, is simply wrong. In this and similar instances, Jennifer Homans’ book is more reliable.

The fourth chapter “Striving and Starving for Attention” also damages Kelly’s credibility. To ignore the most famous Russian danseuses is one thing, but another is to hold forth about who married who or who had an affair, maybe even a homosexual one. When it comes to 20th Century choreographer George Balanchine, Kelly becomes penetratingly one-dimensional. Balanchine is seen as godlike, a father figure or surrogate husband who denied his ballerinas a sex life, except for the one with him. His ballerinas were supposed to eat as sparsely as possible, at best nothing, in order to match his notion of ideal proportions. Motherhood and marriage were likewise tabu. Balanchine, tyrant of his ballerinas who submitted themselves selflessly, is made responsible for their cosmetic surgeries and eating disorders. Gelsey Kirkland is said to be such a victim. Kelly dedicates several pages at the end of the book to her, and tries to show in almost solemn veneration how Kirkland overcame the agony of her life as an artist. It is as if these women had not acted on their own responsibility nor had free will! No, Kelly sees them as dependent children and everything that happened would be entirely Balanchine’s fault. How easy Kelly makes things seem! Other ballet directors too, like Mikhail Baryshnikov and Reid Anderson, are targeted by Kelly’s firm, feministic vision, however nothing surpasses her anger at Balanchine.

The two final chapters address the issues today’s danseuses struggle with: body image, age, salary, the often early end of a career, endurance and silence. Doubtless, things do seethe behind the scenes here and there in ballet – as in every other sector. For example, there is the report of London’s Dancing Times about the Bolshoi Ballet (July 2013), and dancer Anastasia Volochkova, who was fired in 2003. Volochkova alleged that female dancers of the company were forced to sleep with wealthy patrons. The theater’s general director dismissed the allegation as “dirt and ravings”. So, Kelly’s topic is still up-to-date and so far no word has been said about what male dancers might have to face.

Kelly’s book would have contributed considerably more to ending the code of silence and furthering open debate, if she had argued fairly and with more aplomb, avoiding flat stereotypes such as “No pain, no gain”. Is it possible for a ballerina to be the admired personification of perfection unless she works with abandon? Those taking up this profession know that a career of danseur or danseuse is everything but an easy walk in the park. Kelly hardly takes account of the reasons why young women opt for this training or what keeps them driven against all odds. Isn’t there the feeling of fulfilling a calling? Are there not moments of happiness on stage? What a pity! Such considerations would have been crucial in showing why there should be no more victims.