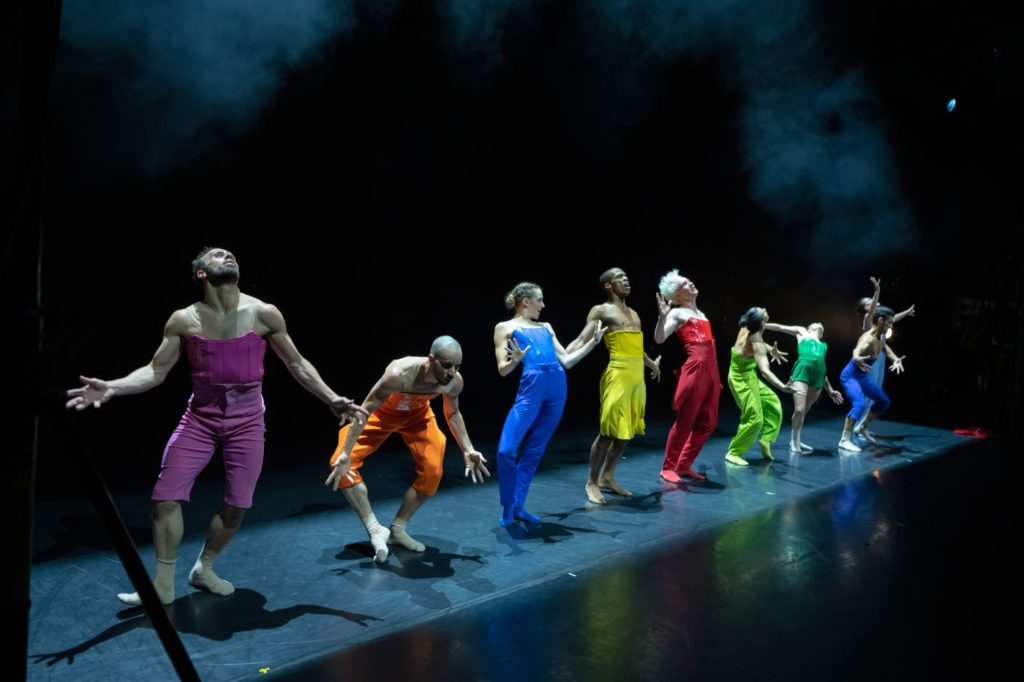 “Blitirí is a term used in medieval time for something that has no meaning,” explains Goyo Montero, choreographer and artistic director of the State Theater Nuremberg’s ballet ensemble. He compares the word to jovial “blabla”. Indeed, his new choreography for “Blitirí” revolves around joy – at least, almost entirely.
Though originally planned as a solely digital project, the 25-minute piece premiered on July 10th to a live audience at Nuremberg’s State Theater as part of the triple bill “Goecke / Godani / Montero”. A few weeks later, Stefan Kleeberger and Montero realized the initial plan by releasing a filmed version that is available on the company’s YouTube channel. END_OF_DOCUMENT_TOKEN_TO_BE_REPLACED