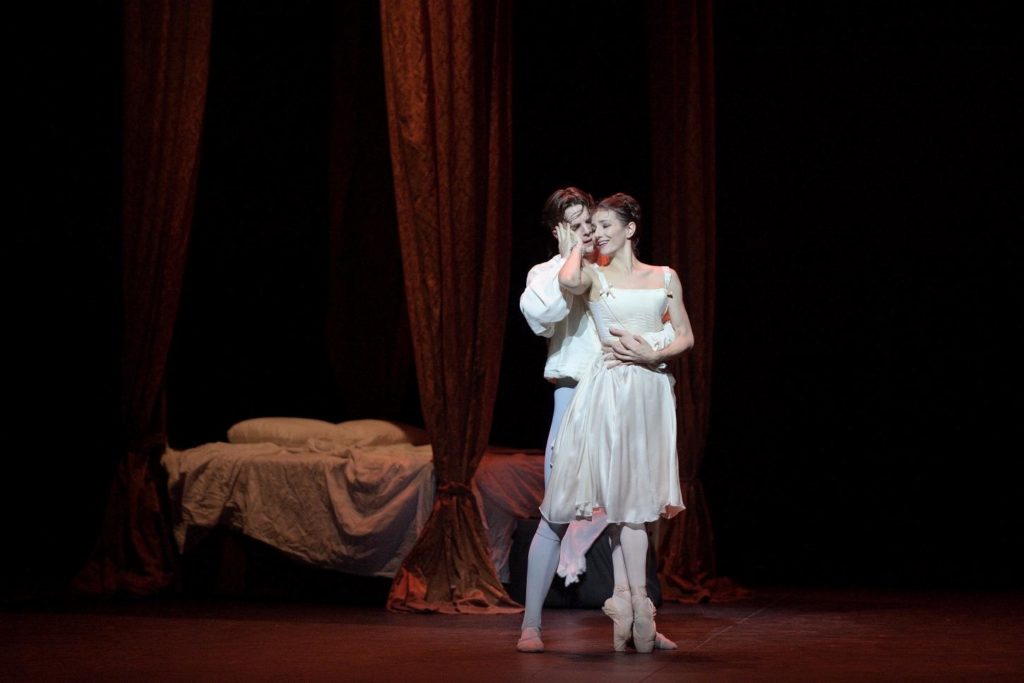 The ENB opted for borrowing Mia Stensgaard’s set and costumes from the Royal Danish Ballet – and this was ultimately a decision that harmed the piece. Manon and De Grieux’s apartment and the jail guard’s bureau in Act III are fine; it’s hard to go wrong with a four-poster bed and functional desks. END_OF_DOCUMENT_TOKEN_TO_BE_REPLACED