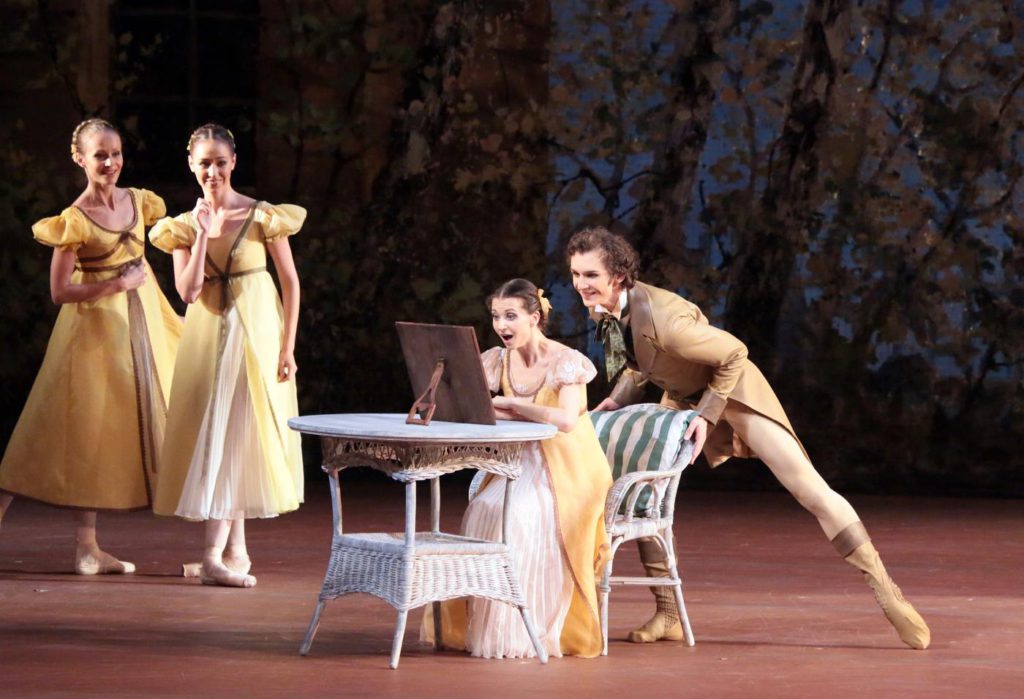 “John is here” is a well-known saying within the walls of Stuttgart Ballet. People know what they are talking about. Ever since his untimely death more than forty years ago John Cranko’s spirit has energized his Stuttgart company.
Yet last weekend his presence was strongly palpable elsewhere. The Bolshoi performed his “Onegin” on three consecutive evenings at home in Moscow. On first night not only Cranko seemed close but also Reid Anderson, who had supervised the production at the Bolshoi in 2013, and Jürgen Rose, whose costumes and set design are unvaryingly matchless. The Bolshoi Theatre and Stuttgart State Opera merged into one house on this Friday evening uniting their powers in a performance of overwhelming intensity. END_OF_DOCUMENT_TOKEN_TO_BE_REPLACED