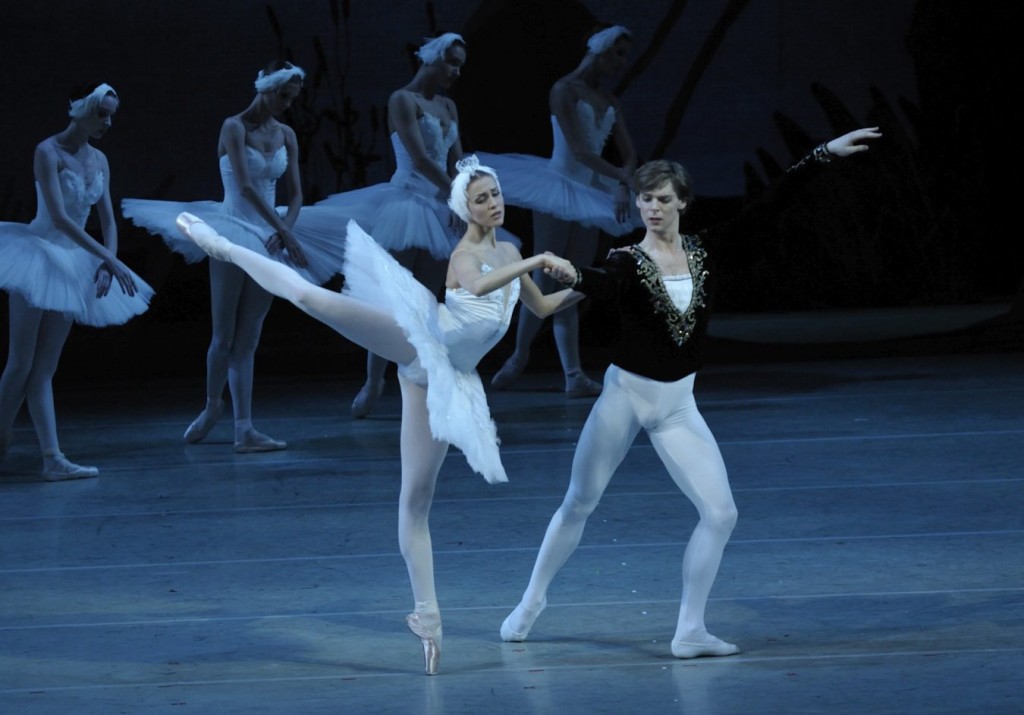 “Swan Lake” is an ever-present work in the Maryinsky Ballet’s luggage when visiting Baden-Baden. This time the white swans graced the large stage of the Festspielhaus on two evenings. The first performance was led by Viktoria Tereshkina and Timur Askerov in the roles of Odette/Odile and Prince Siegfried. I saw the second cast on the following day, a pairing of Alina Somova and Vladimir Shklyarov.

For all its classic status, “Swan Lake” has changed over the years. It varies from staging to staging. Yet the story, the tragic love between Prince Siegfried and Odette, the beautiful woman damned to turn into a swan, remains. Siegfried, deceived by the similarly looking Odile, fails to release Odette. At the end, though, the lovers are united, either in this world or in the afterworld. 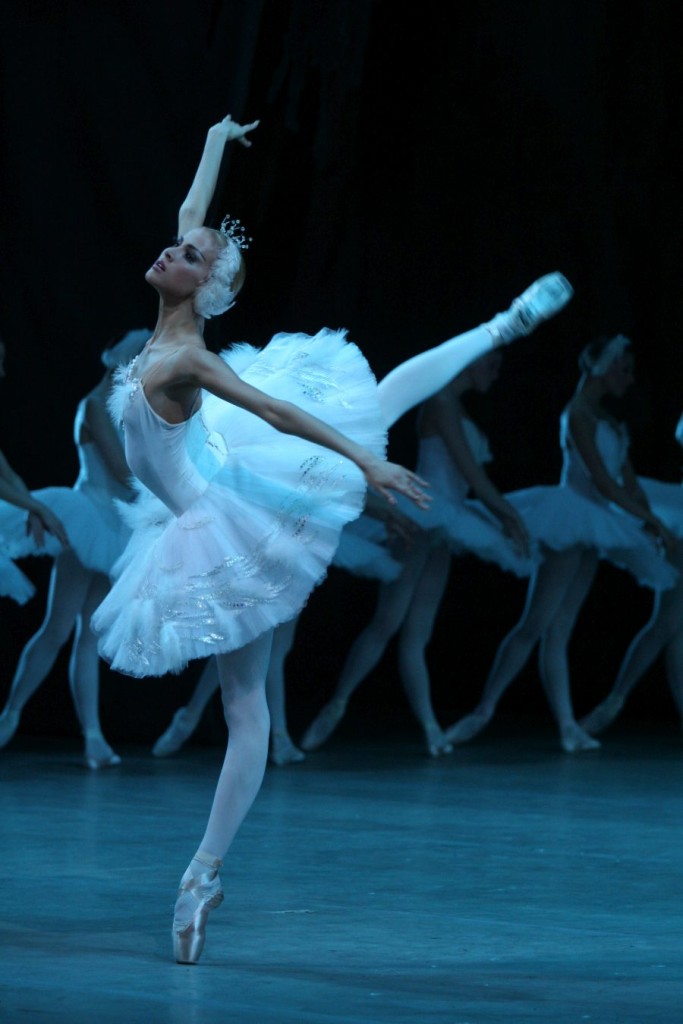 The Maryinsky, birthplace of Marius Petipa’s and Lev Ivanov’s choreography for “Swan Lake” in 1895, is understandably well versed in this ballet. It was presented in Konstantin Sergeyev’s 1950 version, which has weaknesses. Galina Solovyova has designed acceptable performing costumes. Only the Queen looks overdressed. However, the sets, which include Igor Ivanov’s idyllic forest glade where the Prince’s birthday party takes place, the gilded palace hall and the lakeside sceneries, verge on kitsch. The forest glade is all too sweetly idyllic, the swans swimming on the lake – one with a crown – are dispensable and a less fairytale-like lakeside in the last act would have helped to make the pathetic happy ending more believable. This could have been counterbalanced by strong dancing and acting but the performing also left much to be desired.
The role of Rothbart (Konstantin Zverev) is reduced to a cardboard figure of evil. His wickedness consists mainly of his costume – it depicts a gray/black bird creature – and some pallid leaps. No frightening aura or magic power surround him. The Queen (Irina Prokofieva) is lofty and aloof. That is how she treats her son, Prince Siegfried. Shklyarov does little to develop the prince’s character beyond grand gestures and soulful, longing looks. During the first act’s birthday party his mother presents him a crossbow but it isn’t obvious that she expects him to marry. Later, at the ball, no mime passage explicitly indicates marriage. Instead, the Queen hands her son a bouquet of white flowers to give to the woman of his choice. First time ballet goers or young audiences might need a prompter to get the meaning behind the Queen’s action. The mime dialogue between Odette and Siegfried in which she discloses her lot and how she could be delivered from Rothbart’s spell is cut as well. Siegfried makes a vow, but what is it? 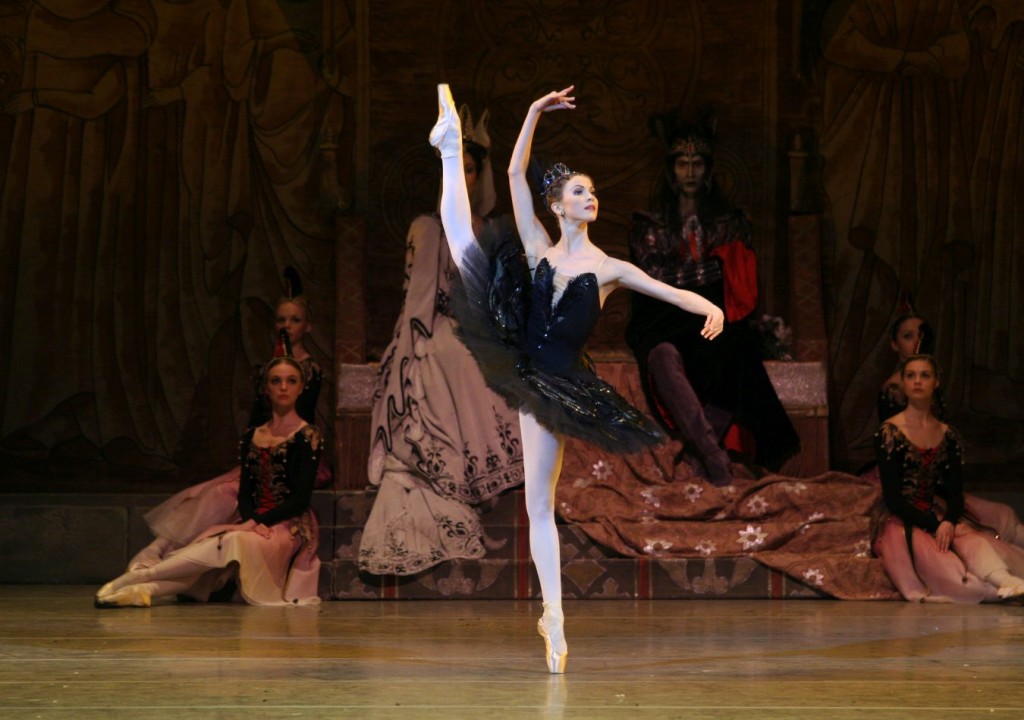 Alina Somova, in the double role of Odette/Odile looked more at home as the latter, the black swan. Her Odile was powerful, decisively pursuing her goal rather than relying on her erotic appeal. She simply knew what she wanted and forged ahead. After excelling in an impressive series of speedy fouettes, Somova wobbled slightly, but immediately regained her balance and finished her solo with newly refueled self-assurance and verve. Having mastered this obstacle with aplomb, she seemed relieved. Lifted by Shklyarov, she poised triumphantly above everyone’s head. Well done! As Odette, the white swan, she was most convincing in the scene when she first met Siegfried and initially was frightened. She became almost frozen due to fear. Yet what happens later between them – the nascent trust, their mutual enchantment, Siegfried’s growing affection, Odette’s desire to be freed, the menace looming ahead – wasn’t clear. The first and third act’s white pas de deux were more sentimental storytelling than tragic love. Has anyone at the Maryinsky lately done careful coaching or probing about the psychological depths of these roles? 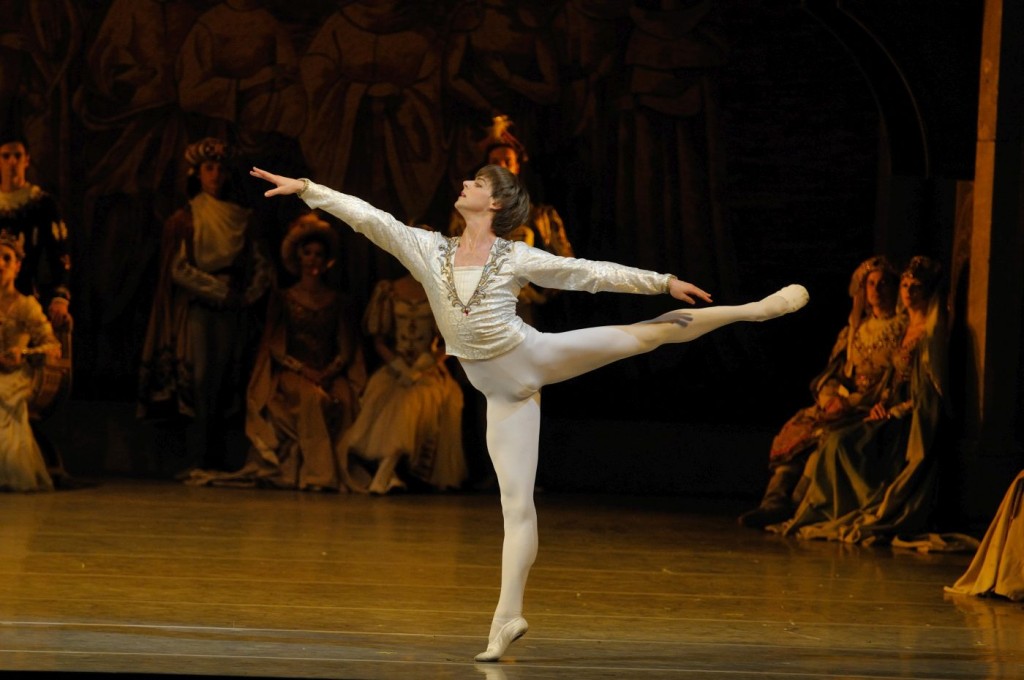 Shklyarov was a secure partner, keeping his eyes and hands firmly on Somova’s waist during her pirouettes. He is not a divine jumper, but was fittingly princely.
Vasily Tkachenko’s jester was dashing. A bouquet to him as well for enlivening the Prince’s birthday party.
The swans wove beautiful patterns in their dance but their arms, moving all too easily up and down, bore no resemblance to birds flapping their wings. At least a bit of air resistance should be visible. The four little swan cygnets danced flawlessly. Later, vivid national dances invigorated the court ball.

Leaving out of account the stereotyped characters, the pathos and the sometimes incoherent story, there remained one major problem in Wednesday’s performance. It came from the orchestra pit. There, conductor Alexei Repnikov changed the tempo of Tchaikovsky’s gorgeous score, apparently according to his own taste. This was especially noticeable in the first act’s solos and pas de deux where he slowed the music down to snail’s pace. I’m not sure if he intended to give the dancers more time or if he ignored what was happening on stage. In some cases the dancers seemed to wait for the music to continue and were at risk of freezing into still-life pictures. Hence the flow of the movement was often lost. This caused David Zaleyev, as one of the Prince’s friends, even to seem ponderous in a pas de trois at the birthday party. Only slow motion jumps could have helped him out of his dilemma! Except for the national dances, the music rarely breathed along with the dancers. The preludes lacked color and vibrancy. The Maryinsky Orchestra couldn’t be blamed. It had proven its skills under Valery Gergiev’s baton only a few days before.

The Maryinsky Ballet has an excellent reputation, yet it cannot avoid being compared with other companies of international standing. For example, “Swan Lake” as danced by the Royal Ballet in London has far more atmosphere. It is a production by Anthony Dowell, with additional choreography by Frederick Ashton and David Bintley, full of dramatic power and touching emotions. The Maryinsky, by contrast, serves a cliche. Let’s see what Alexei Ratmansky unearths from the “original” notations when staging his “Swan Lake” with Zurich Ballet this coming February. 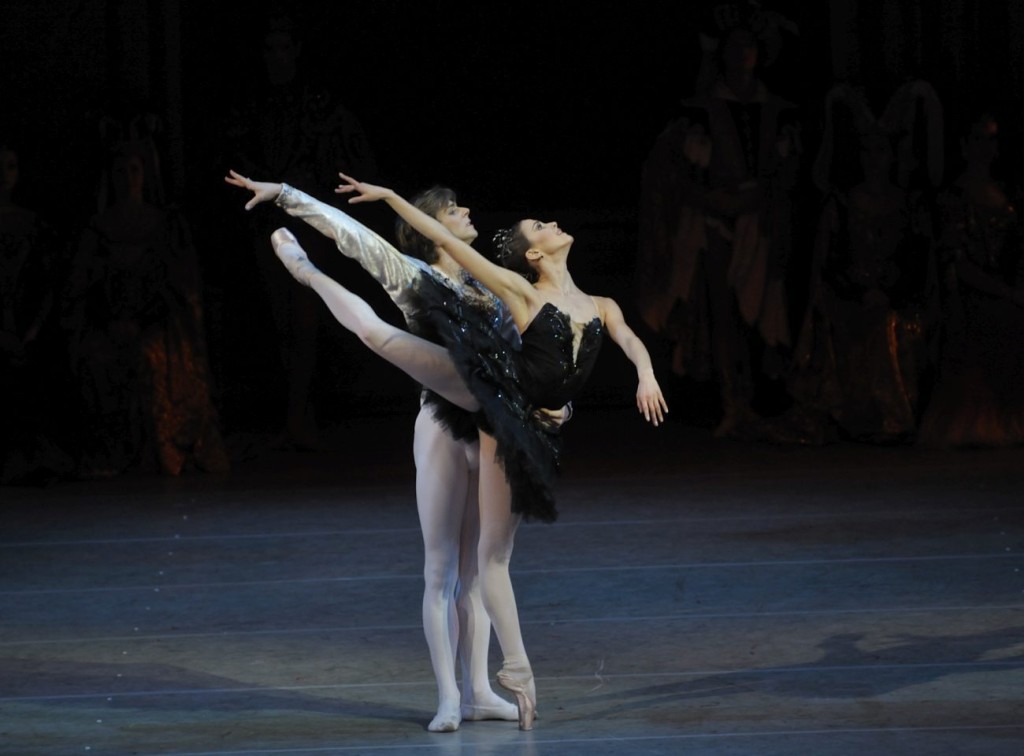 The role of Rothbart (Konstantin Zverev) is reduced to a cardboard figure of evil. His wickedness consists mainly of his costume – it depicts a gray/black bird creature – and some pallid leaps.
—————————————————–
Sorry, this is all wrong. Please watch fierce, fast, dashing and extremely vivid Andrei Yermakov in this role and you probably will change your mind. But yes, Zverev is bland and has no jump which is mandatory for this role. You just had no luck with the cast. Thanks anyway for your opinion.