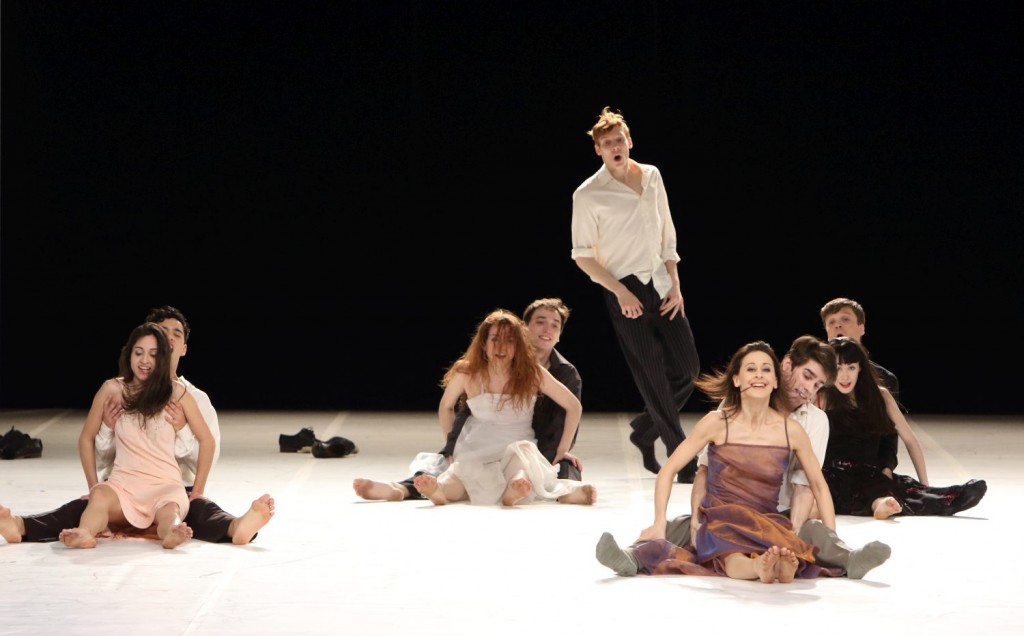 This season the Bavarian State Ballet’s annual Festival Weeks are special. They are the last ones under Ivan Liška’s directorship. Next season Igor Zelensky takes over. The festival also marks the departure of Wolfgang Oberender, Liška’s long time assistant. Oberender, a stellar expert in dance history, has given the Munich audience an understanding of the classics. To do so was for him a matter of the heart. His profound knowledge and unrelenting dedication to the art will be missed. What’s more, the program for these Ballet Weeks comes up with an extraordinary premiere, Pina Bausch’s “Für die Kinder von gestern, heute und morgen” (“For the children of yesterday, today and tomorrow”). 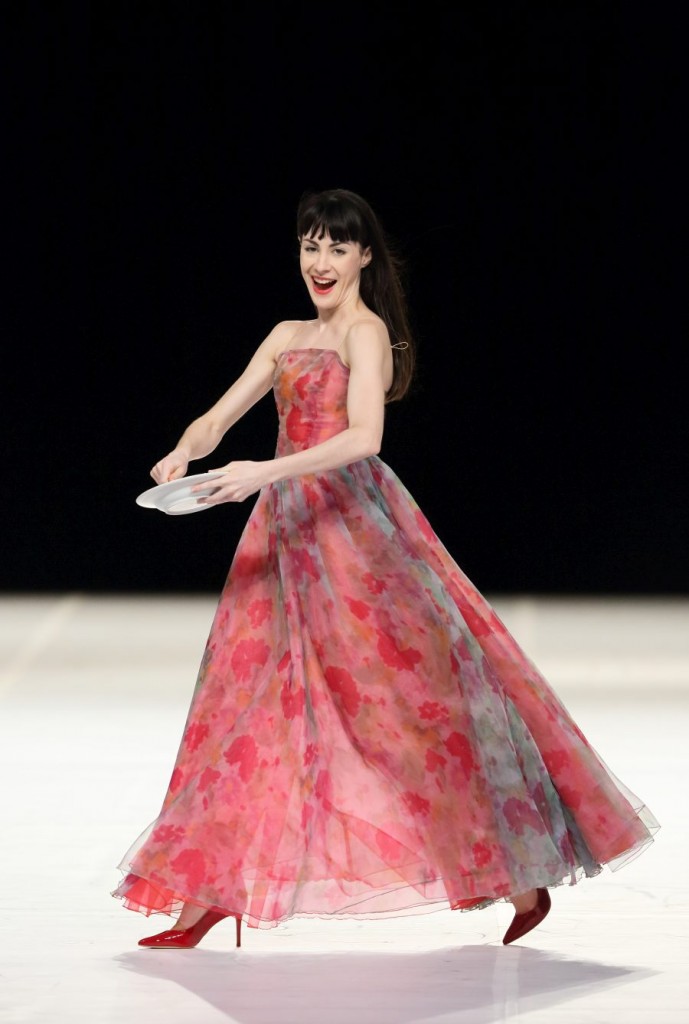 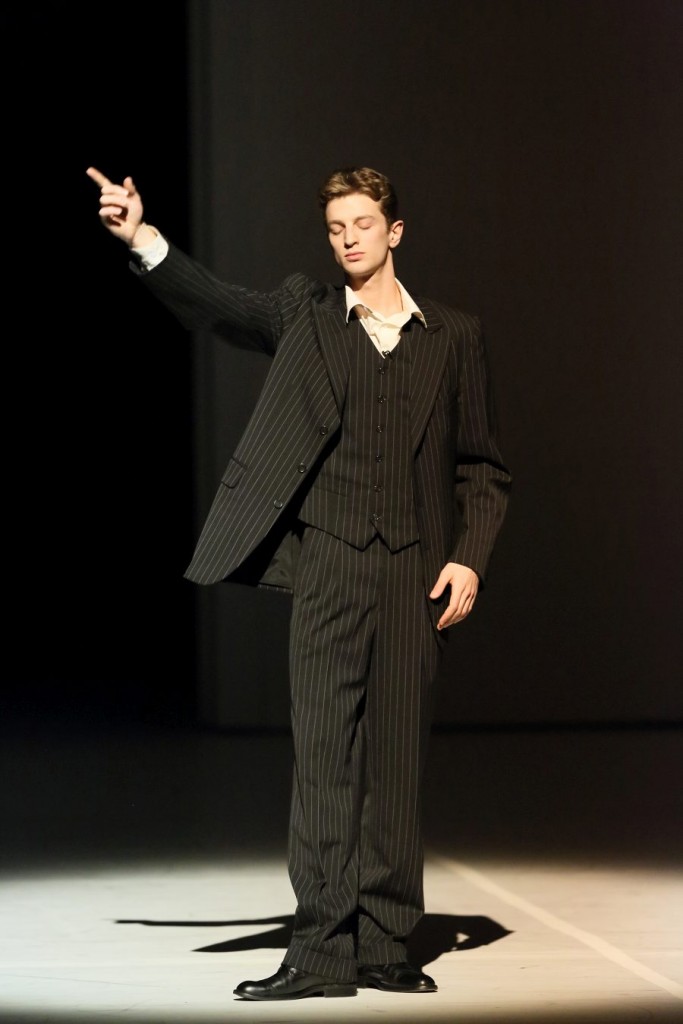 It is the first time one of Bausch’s later pieces has been staged for a company other than her own. The process started in autumn 2014 and involved exceptionally intense cooperation between the Bavarian State Ballet, the Tanztheater Wuppertal and the Pina Bausch Foundation. The department of theater studies of Munich’s Julius-Maximilian-University documented the entire process and was also responsible for a two-day symposium on transmitting the work of Pina Bausch. I attended the lecture by Gabriela Klein, a professor from the University of Hamburg. She addressed the difficulties of passing on Bausch’s pieces which have not been notated. Reconstruction relies on video recordings (more than 7500 video recordings of rehearsals and performances are archived but their quality varies), also on notes written by Bausch and the dancers, on 30,000 photographs in the Bausch archive, and on the listings of stage managers and the musical arrangements. 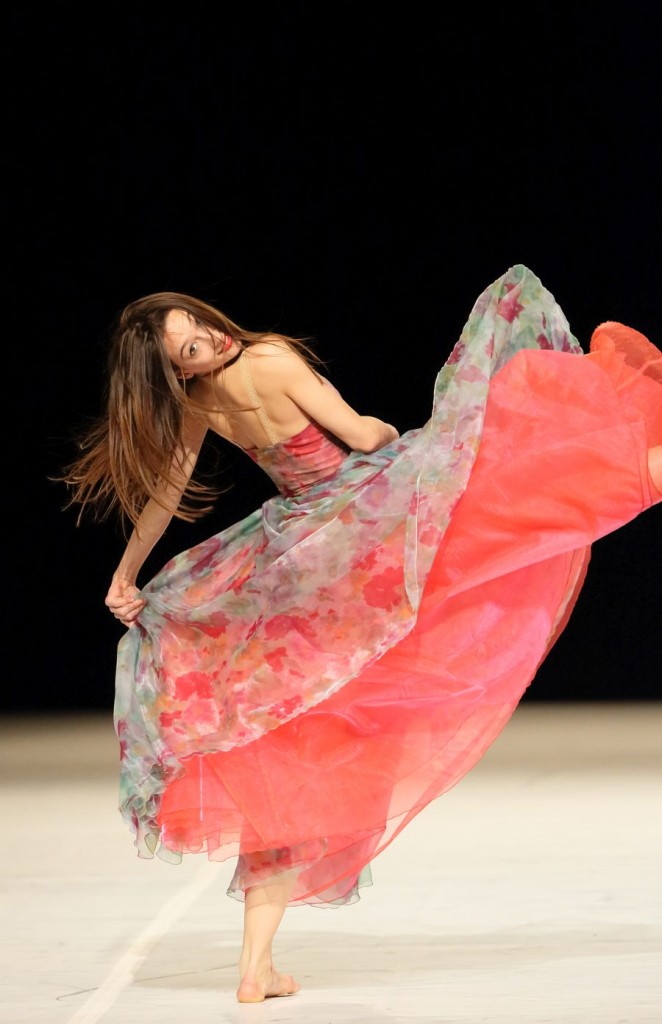 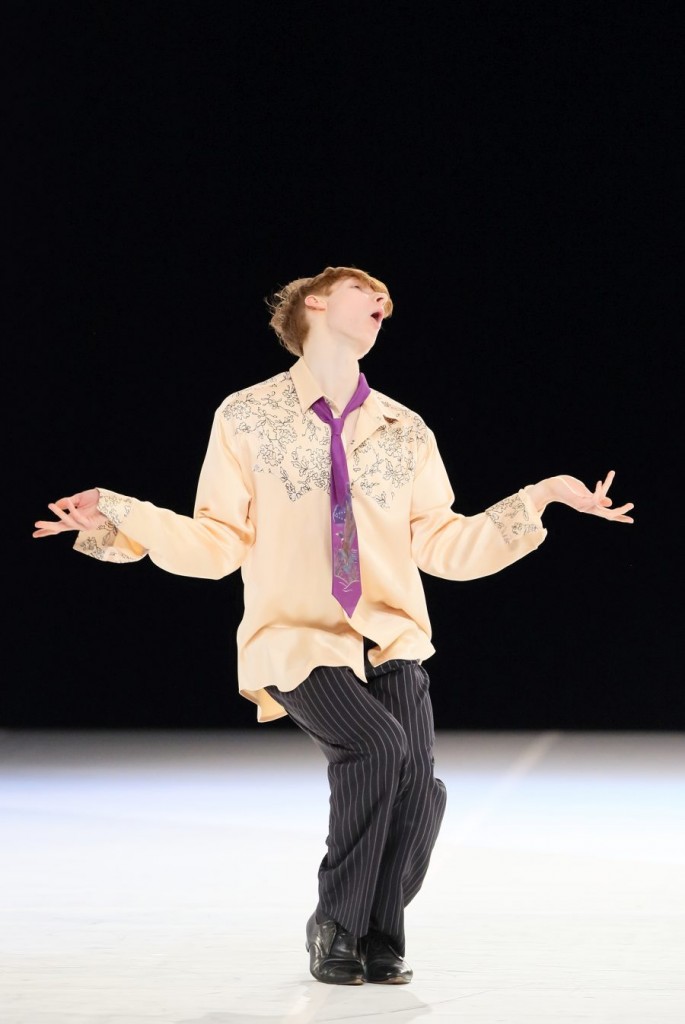 In Munich, three veterans of Bausch’s Wuppertal ensemble – Ruth Amarante, Daphnis Kokkinos and Azusa Seyama – led the rehearsals. It took one-and-a-half years for each Wuppertal dancer to pass their role onto a Munich colleague. Except for the one solo Bausch had created for Lutz Förster, each dancer of the Wuppertal cast had actually developed their own solo in answer to a question or comment from Bausch. She then revised and arranged the solos, made additions, added group scenes, and searched for the right music. The musical mix ranges from Naná Vasconcelos to Prince.

If only Klein had condensed her lecture, she would have been informative, but she dwelt on banalities and the obvious. For instance, that twelve years after the 2002 premiere the original dancers couldn’t remember their roles precisely. That, due to 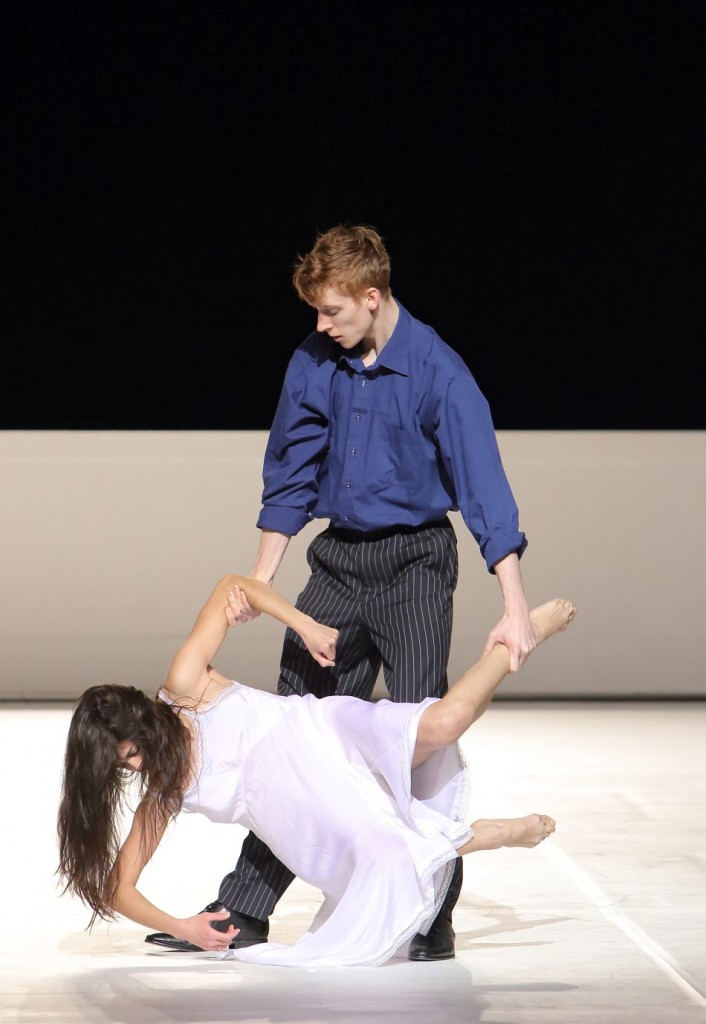 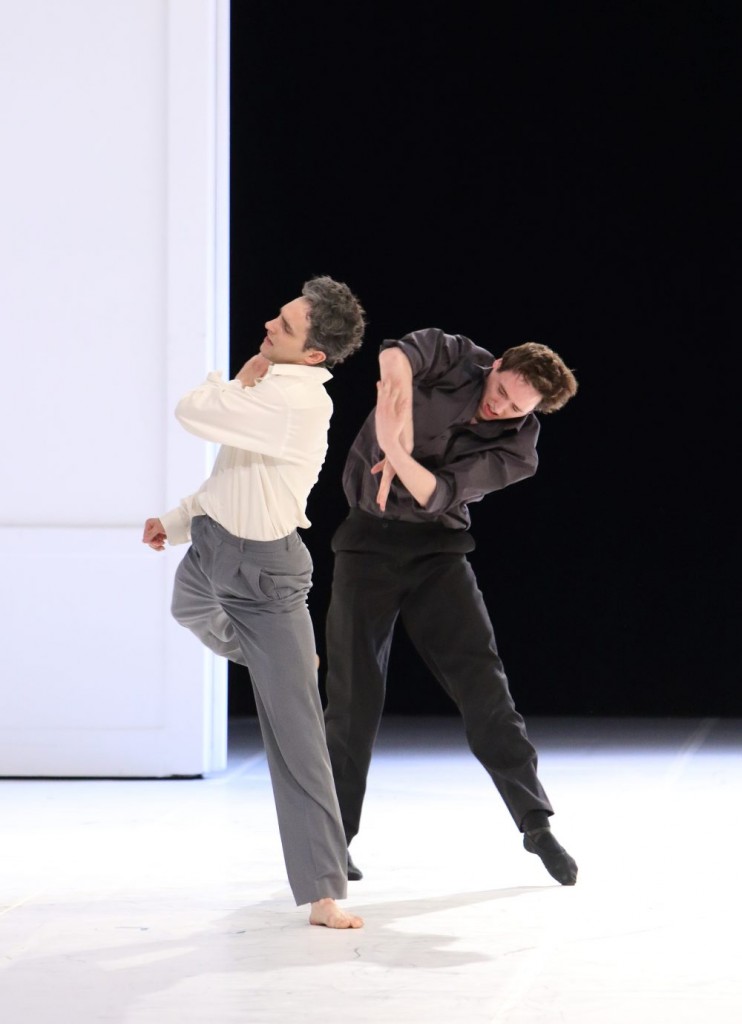 a new cast, the piece will have a different energy and will leave a different physical impression. That the passing on of dance in the studio is “a hybrid of words and movement” and that the words (instructions), if recorded, are “reminiscent of a Dada poem”. One remark by Klein was that “It has always been difficult to explain the lack of understanding and what is not understood”. Asked whether Bausch had at all approved of the reconstruction and passing-on of her pieces, Klein gave a wordy but evasive answer. Another comment was somewhat illuminating: that Bausch had become downcast watching the reconstruction of a piece by Antony Tudor. 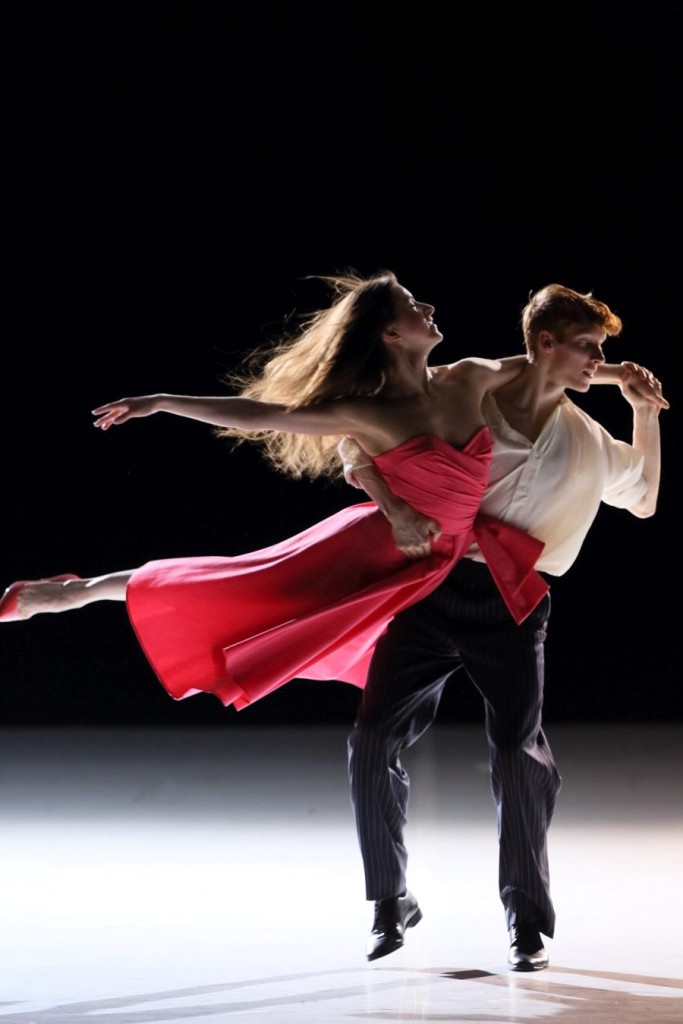 In 2014, five years after Bausch’s death, I saw “Cafe Müller” and “The Rite of Spring” in Wuppertal: a disillusioning experience. The company seemed to function externally but had lost its vital core. Would the Munich dancers be able to bring back Bausch’s spirit?

None of them had experience with dance theater, let alone with speaking parts. Bausch requires even more: emotions are supposed to be felt, not imitated or acted. There is no role to adopt, no role to hide behind, nothing happens in the sense of a presentation for the audience. Bausch demands that the dancer reveals a part of her or his inner life, that each individual expresses a personal truth, that private facets be brought on stage.

Consequently the dancers – six women and nine men – were cast irrespective to their rank in the company. Their characters had to resemble those of the original cast. Also important was how much they thrived on Bausch’s style.
To worry about what might be out of place was beside the point. Become like children again, play, be true, follow feelings – such were the orders of the day. The dancers behaved as if they had all the time in the world to build sand castles, skip rope or roller race. They spit fountains of water at each other, hopped on their bottoms, combed their hair with large brooms, painted hearts on a glass door at the back, negotiated about how long to try being in love – half a minute to the tick, maybe one minute next time, … 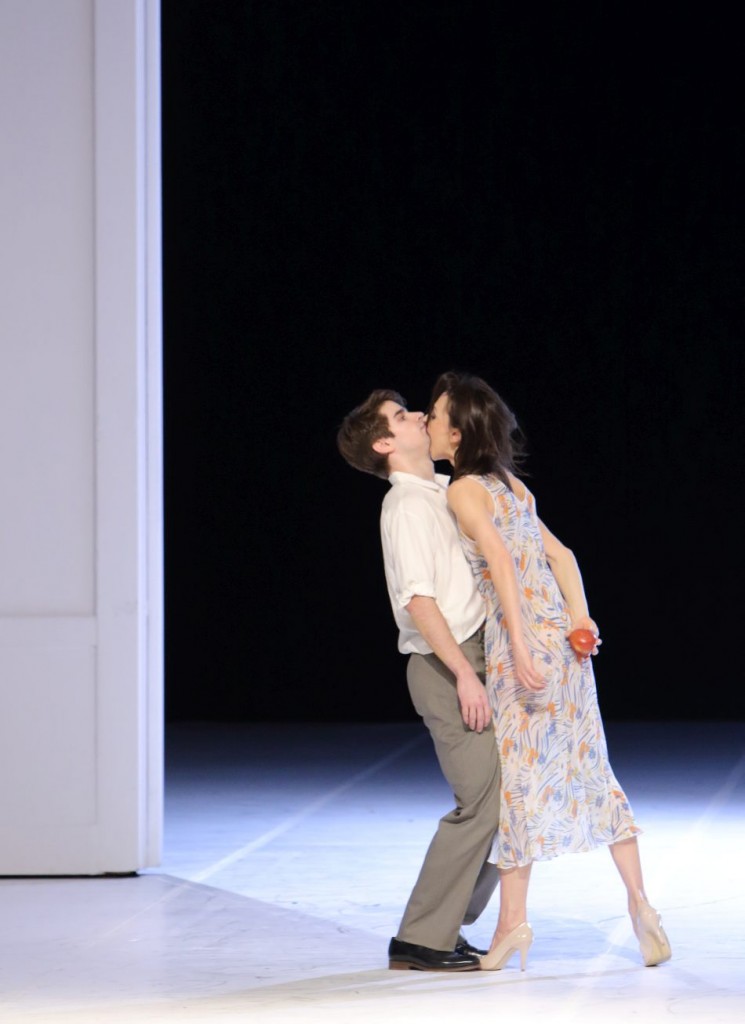 Western society rewards being aligned and streamlined. Bausch was neither. Highly sensitive to human psychology, she was a blessed observer of interpersonal relationships, of what prompts behavior: secret emotions and dreams? Subtle power plays? Moral rules? Self-constrictions internalized through education? But Bausch abstained from psychologizing and from teacherly advice. “For the children …” rather evokes childhood memories, memories of sensory perceptions, of levity and purposelessness. These are things that surely dwindle away as one grows older. How does it sound when someone chews an apple next to one’s ear? Did you ever read a fairy tale to someone? How long has it been since you danced in a tight embrace?

It takes time to adjust to this piece’s pace. Each scene has its own time unfolding, slowly or swiftly, again and again, repetitiously. Yet, what sounds like an interminable affair is, actually, effective and gripping! 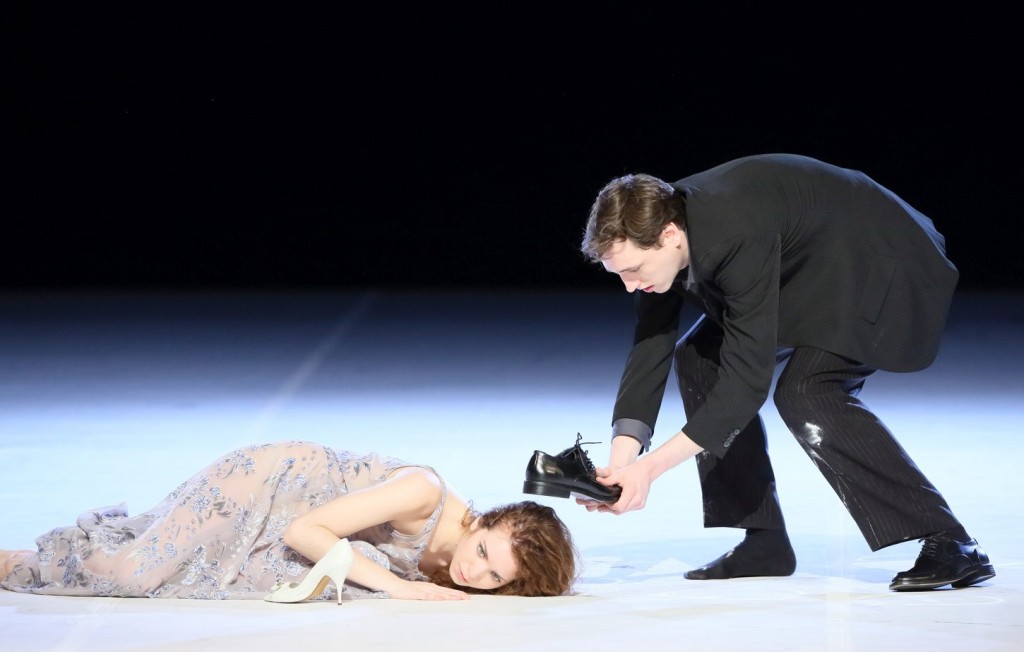 The dancers wore casual clothes (floor-length dresses of delicate fabric or dark evening gowns for the women – designed by Marion Cito). They surprised with fascinating facets of their personalities: Séverine Ferrolier was stunningly sensual and also had an aura of cool power. The only one able to dominate her was Matej Urban. “My wife”, he repeatedly told the audience as possible explanation. Other scenes showed Urban trying to yank out his innermost being or being wafted about like a dandelion seed in the wind. He had remarkably many faces! Serbian-born Mia Rudic took to speaking like a duck to water. Hopefully one will hear her lush, husky, purring voice more often. Daria Sukhorukova, reserved and shy, spoke little. Matteo Dilaghi gossiped delightedly about the 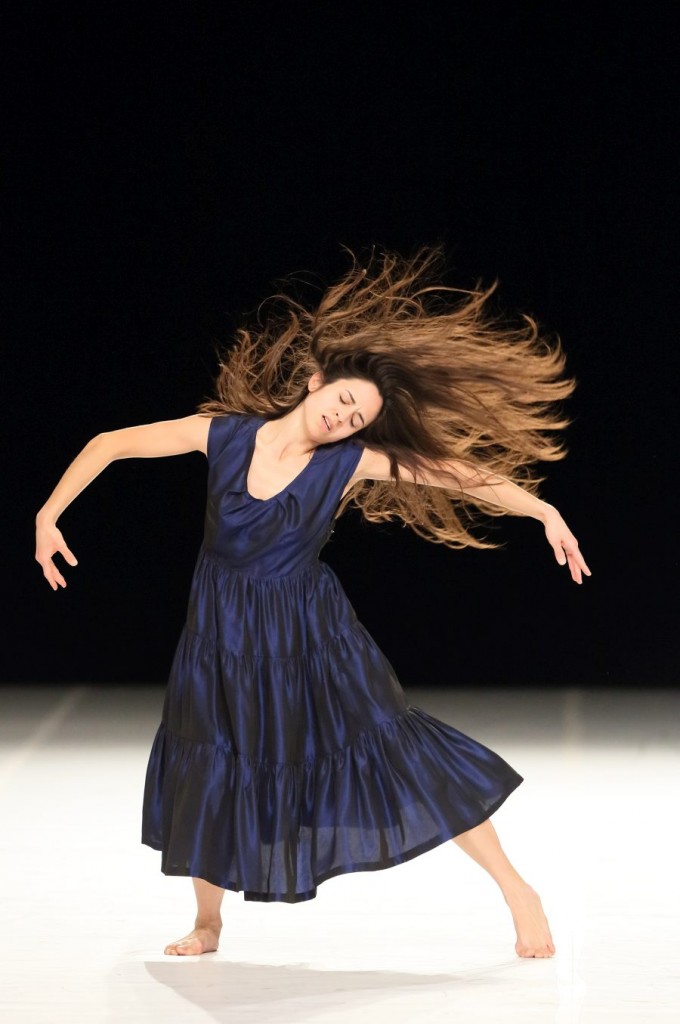 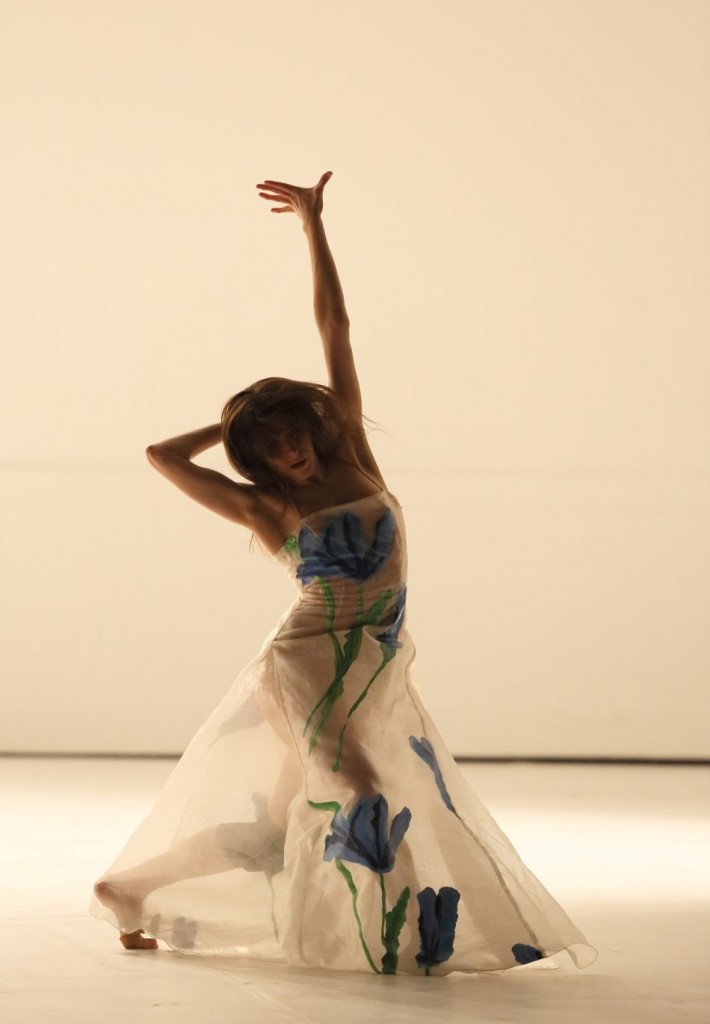 feats of his father (lsuch as biting mice in two) at the barbershop, making Nicholas Losada laugh his head off. Dilaghi also mastered Lutz Förster’s solo in which only the hands dance over the body. Alexa Tuzil, very feminine and a bit dangerous, tried to hit Léonard Engel with the heel of her shoe, and he did the same. High heels versus laced shoes – a couple’s game that can be mean. Jonah Cook, a frisky redhead, was so infatuated with Zuzana Zahradniková that she, all self-serving sweetness, was able to twist him around her little finger.

Also on stage were Ivy Amista, Ilia Sarkisov, Gianmarco Romano, Nicola Strada and Robin Strona. Each dancer was strongly present, either in a solo or in the group dances. For the first time I witnessed these dancers showing their real selves. They are interesting as people, able to touch the audience and were themselves visibly touched during the curtain calls. At the Munich premiere some days earlier, quite a few members of the audience had departed during the break but this time only a very few seats were empty for the second act. Bausch isn’t to everyone’s taste. Those who remained were enthusiastic. Bravo to the dancers! They brought the house down! 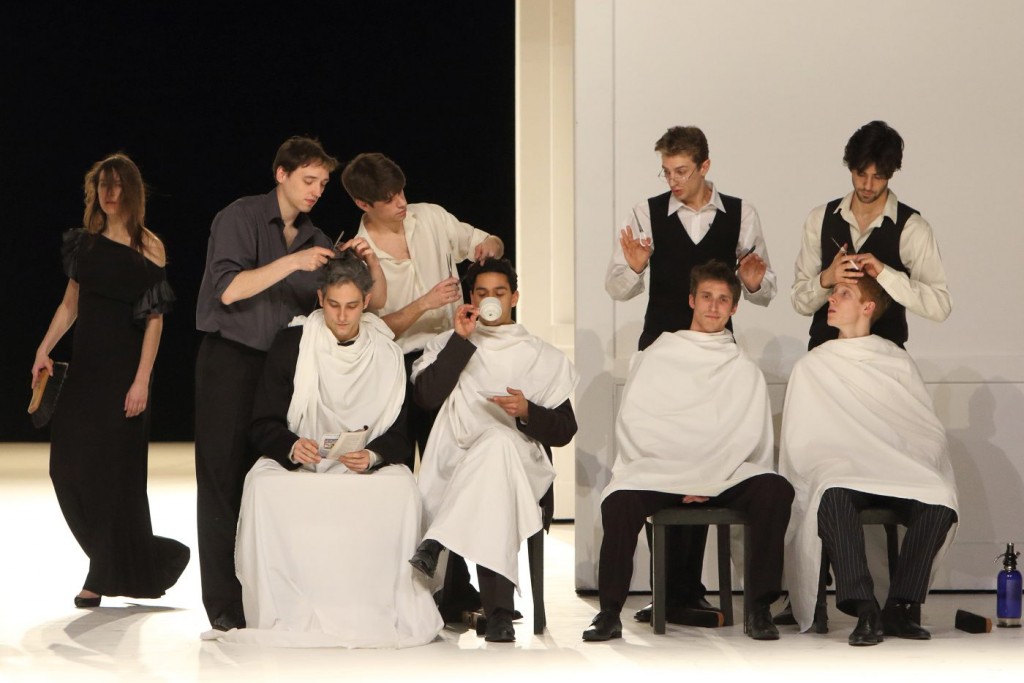