On the Fast Lane

An interview with Jiří and Otto Bubeníček about their new ballet “Doctor Zhivago”
Ljubljana, Slovenia
March 29, 2016 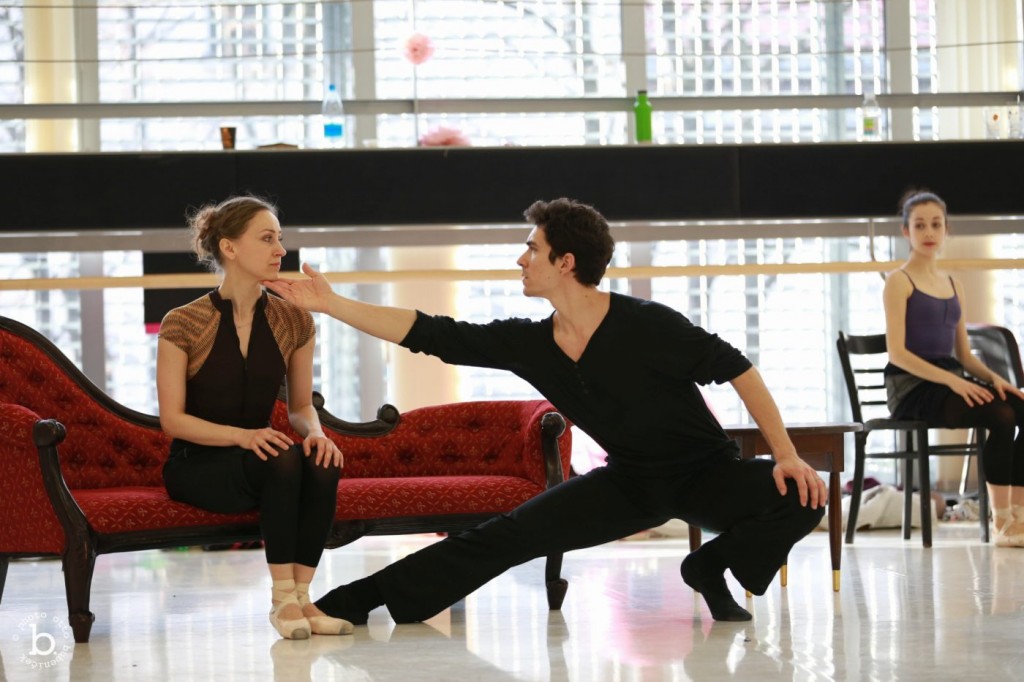 Only a few months ago Jiří Bubeníček bid his farewell as principal of the Semperoper Ballet. Balancing his dancing career with the one of a choreographer has always kept him busy. But what he accomplished during the last five months is stupendous. He created pieces for the Ballet of the State Opera Hanover and for Tokyo City Ballet. One short ballet premiered at a gala of San Francisco Ballet. The dance interludes of Vienna’s New Year’s Concert 2016 were also by Bubeníček. Quite a lot for a single person. Enough work to be shouldered by two! While Jiří choreographs, his brother Otto is in charge of set designs, sometimes even of the costumes. He also assists with the dramaturgy. 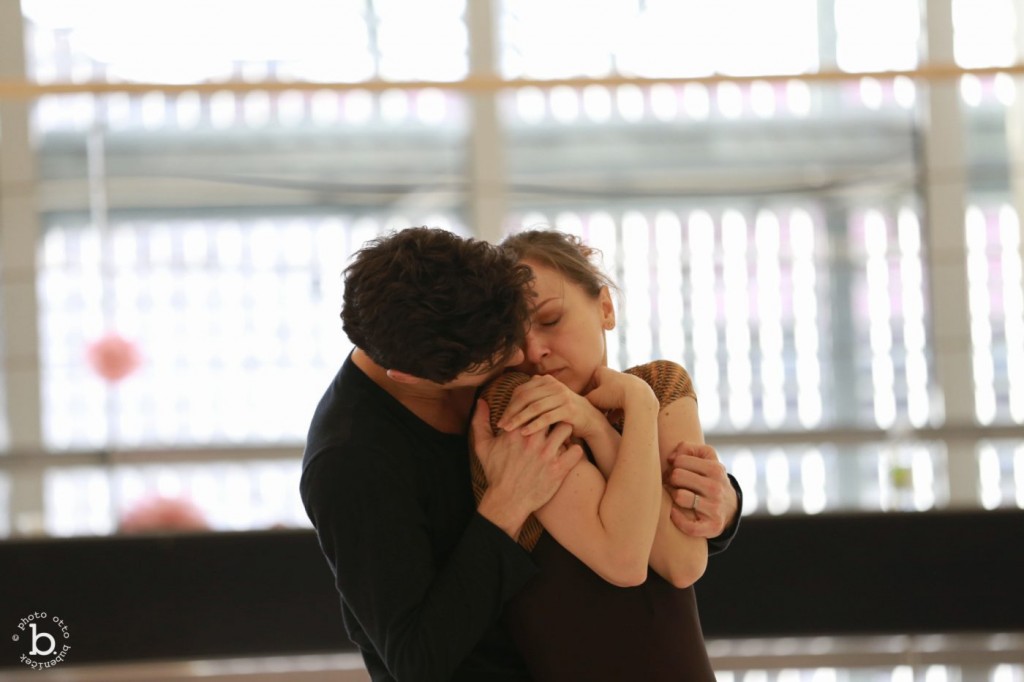 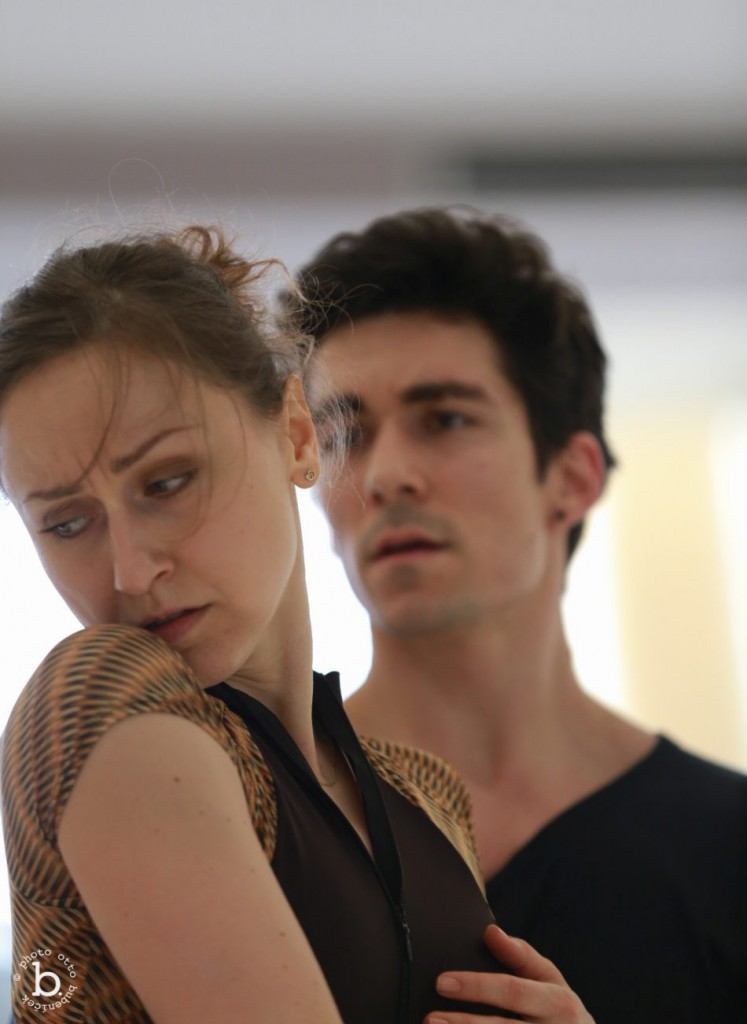 Currently the twins are creating a full-evening ballet for the SNG Opera in Balet Ljubljana, “Doctor Zhivago”, based on Boris Pasternak’s novel of the same title. It is about the life of the Russian physician Yuri Zhivago, covering the time from 1903, shortly before the Russian Revolution, to the Civil War right after. Its epilogue reaches out to 1943. For “Doctor Zhivago” Pasternak was awarded the Nobel Prize for Literature in 1958. However he declined it due to severe pressure by the Soviet Union. While the book was banned in the 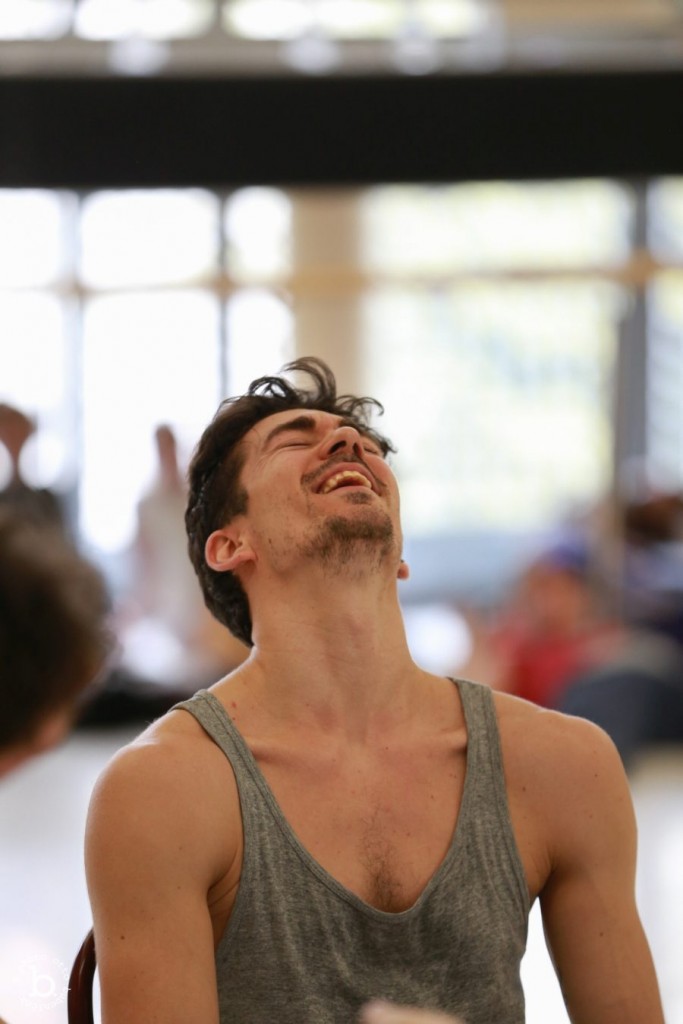 What attracted the Bubeníčeks to “Doctor Zhivago”? How are they tackling this complex story? I talked with both together after a long day of rehearsals in Ljubljana.

“When talking with Sania [Nešković Peršin], the artistic director, around one year ago, about which topic the ballet should have, “Doctor Zhivago” was suddenly broached.” Jiří tells me. “David Lean’s movie was one of my father’s favorites and I watched it already at age eleven. So the idea 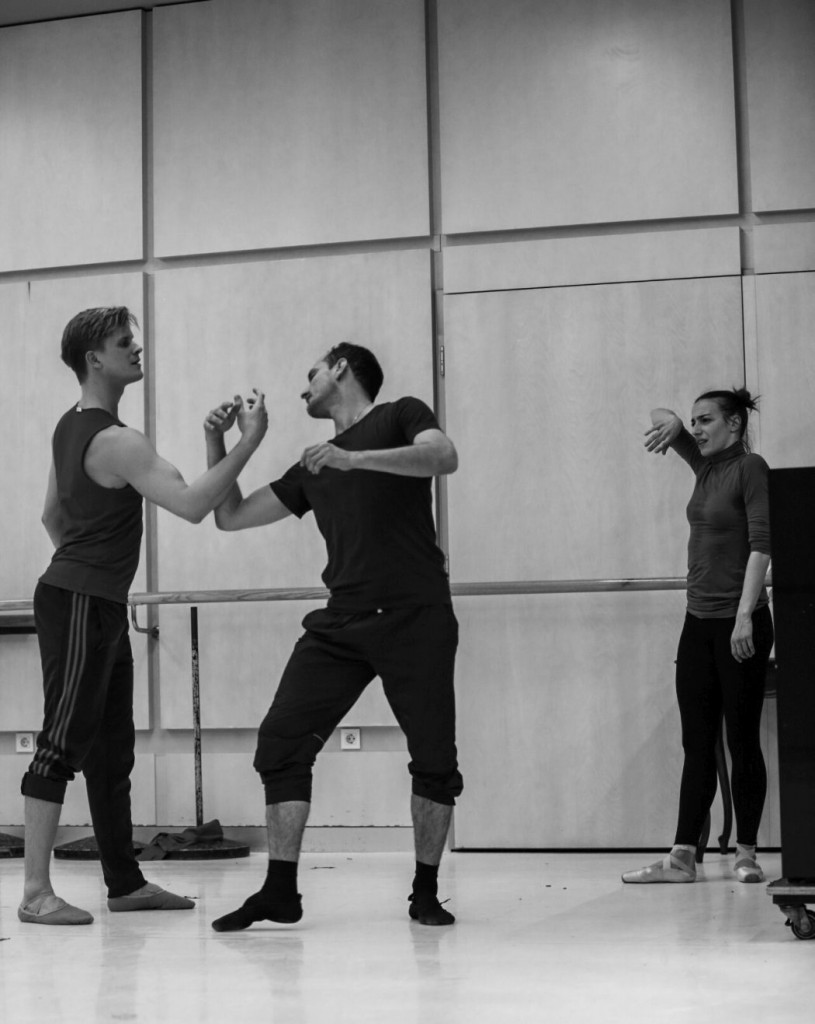 naturally came along to turn it into a ballet. Then I started reading the book and suddenly realized that it felt like including one-thousand or so characters. What is more, the storyline meanders, including many side stories which would confuse an audience. So I decided for courageous cuts.
Seven characters have main parts: Yuri Zhivago, his wife Tonya and their son Sasha; Lara Antipova, a nurse, whom Yuri falls in love with. Both 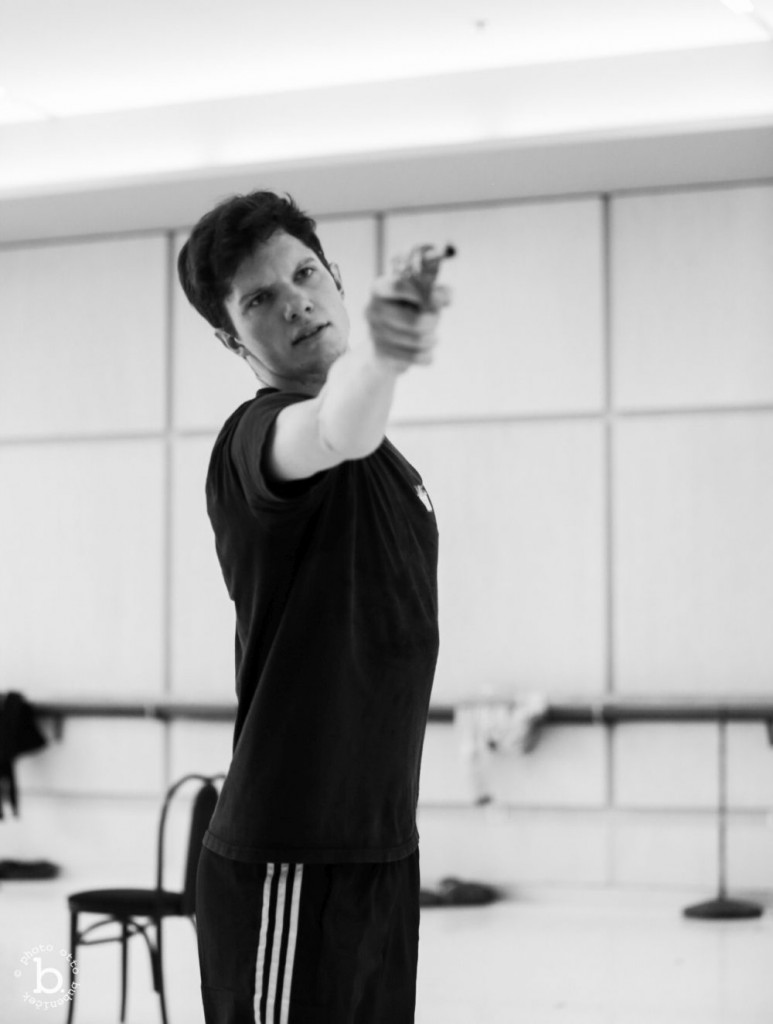 have a daughter, Tanya, of whose existence Yuri doesn’t know. Then there is Pavel Pavlovich Antipov, shortened to “Pasha”, Lara’s husband, and Komarovsky, who had an affair with Lara before she got married. Similar to the film the ballet will start with the funeral of Yuri’s mother and unfold his life from there.” Listening to Jiří’s summary, the network of relationships seems tightly knit, loaded with emotion and, above all, dramatic.

“If I had turned the whole book into a ballet, it would have lasted five hours at minimum. But now the story is condensed into two acts of a bit more than two hours in total. The first act introduces the characters and portrays their relationships. It mainly plays in a bourgeois society for which I adopted a neoclassical style. In the second act contemporary movements dominate. The character of its content is more symbolic. Exhausted, wounded soldiers and later partisans signify the war time, but I eschewed horrible war scenes.” 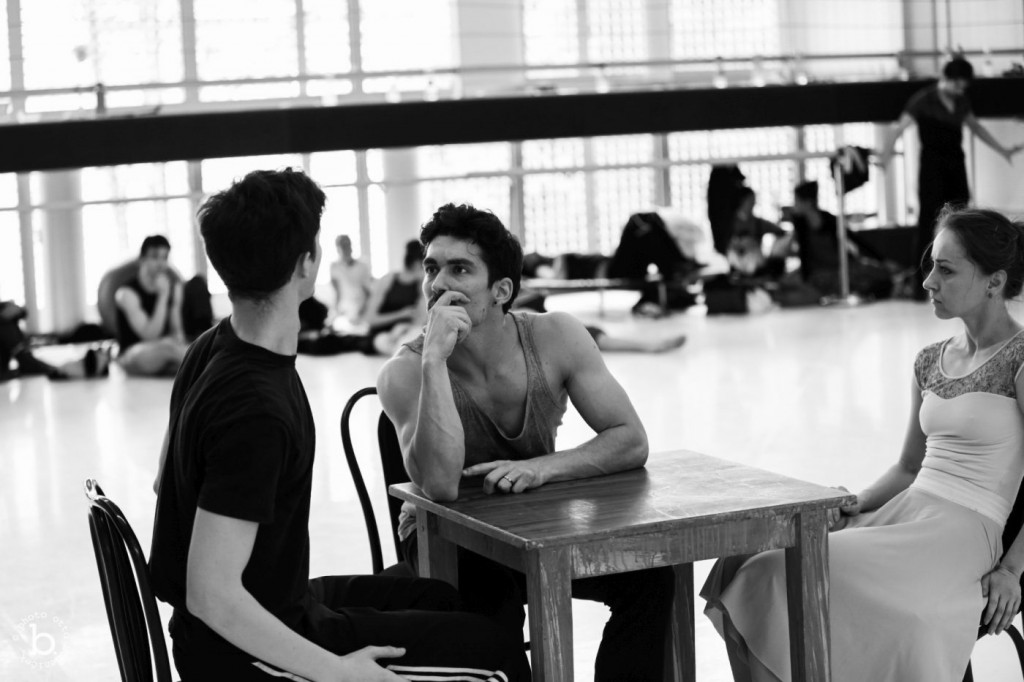 As music Bubeníček chose Shostakovich, Schnittke, Rachmaninoff and others. But it was discovered that the opera’s orchestra pit is too small for an orchestra of the size needed for this score. “Fortunately the stage is very deep. So we decided to close the orchestra pit and instead put the orchestra in the rear of the stage for the first act. The second act has recorded music. We also included the opera’s choir which will sing the Warszawianka.” Originally a Polish song of freedom, the Warszawianka later became one of Russia’s most sung revolutionary songs. “The song is mentioned in the book and I wanted to include it live.” 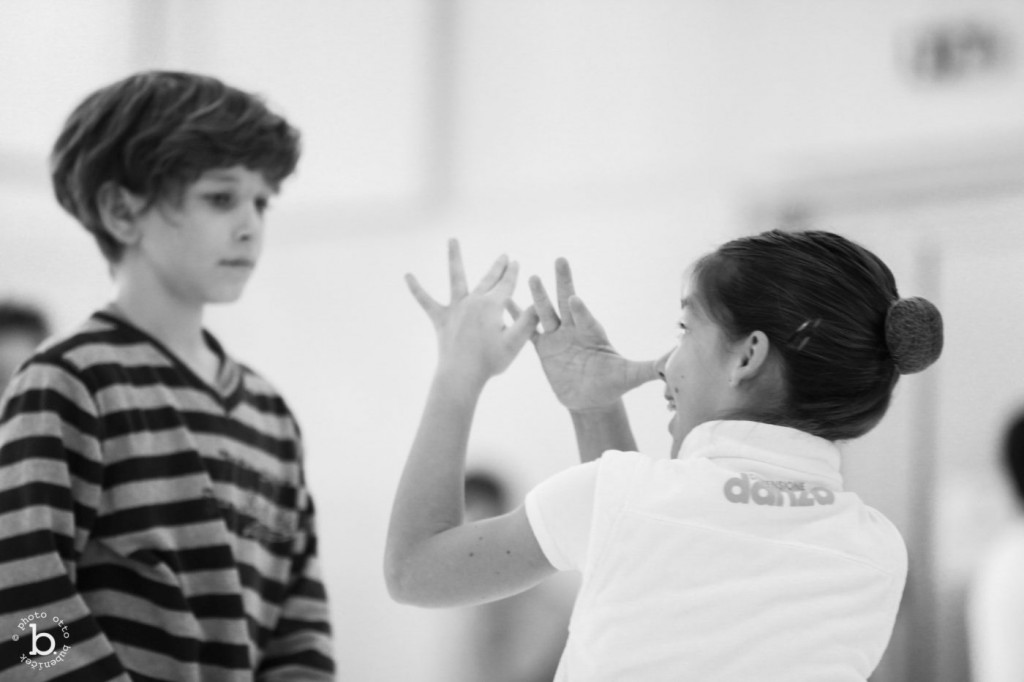 As with “The Piano”, the Bubeníčeks’ last narrative ballet, Elsa Pavanel designed the costumes while the set is by Otto. “It was a challenge to crystallize ten significant scenes out of a book of more than six-hundred pages while actually keeping enough space for the dancers”, Otto reveals. “I took much inspiration from the movie and in addition searched the Internet for pictures to get the style of the period.”

The first act will have several rooms – for example the home of the Zhivagos and the tailoring room where Lara meets Komarovsky – while decoration will be sparse in the second act in which single, pertinent elements will define the setting: a 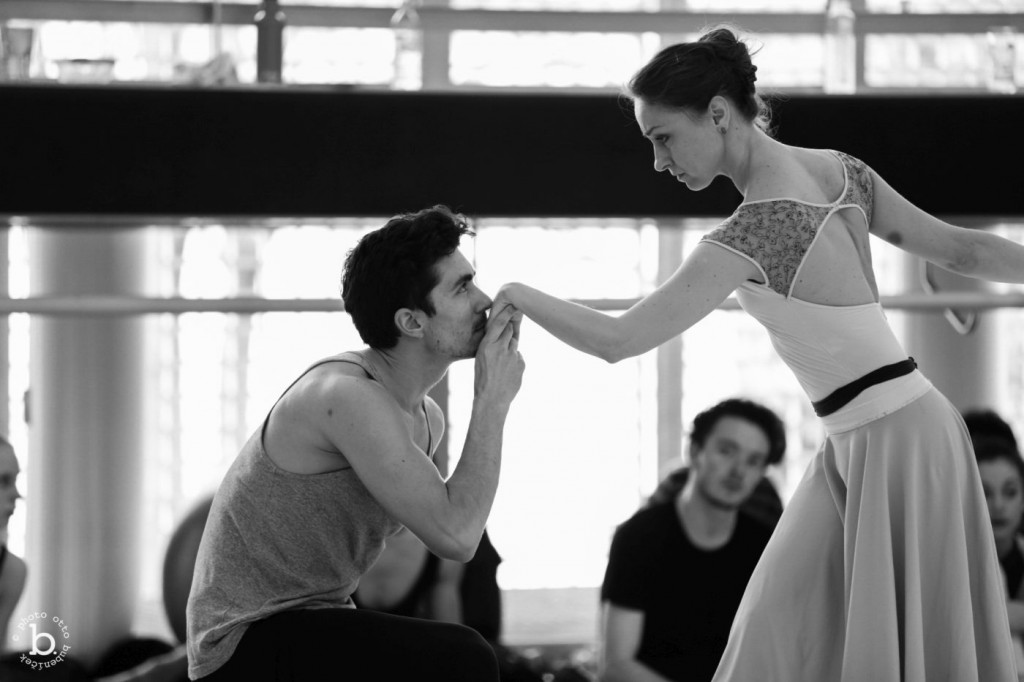 bookshelf and a table for the library where Yuri and Lara surrender to their long suppressed love, or a huge light that reminds one of an old factory space which had be turned into a medical treatment room. Transitions of scenes will be fluent.
The first act will have a lot of old furniture, a poster of Lenin and some lighting effects. Warm woodlike colors, cream-white walls and a maroon floor, will create the atmosphere. In the second act the floor will be white, indicating snow and smog. In the final moments, each scene’s pieces of furniture will reappear to recall Yuri’s life’s journey. “All are covered with snow. It is a 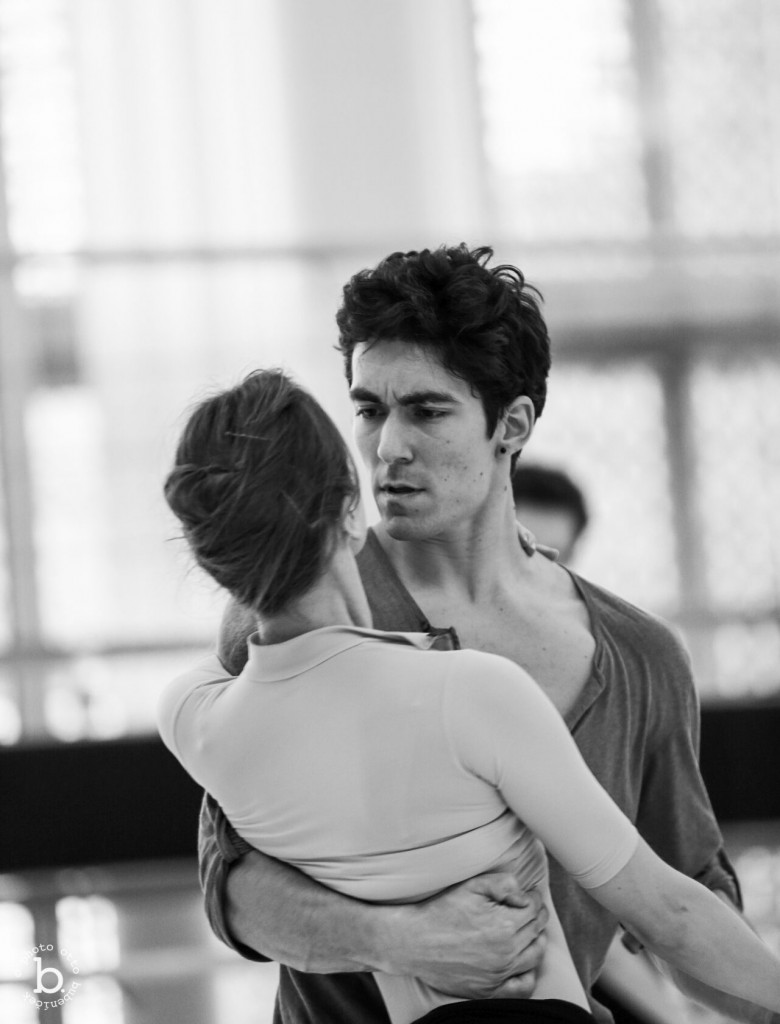 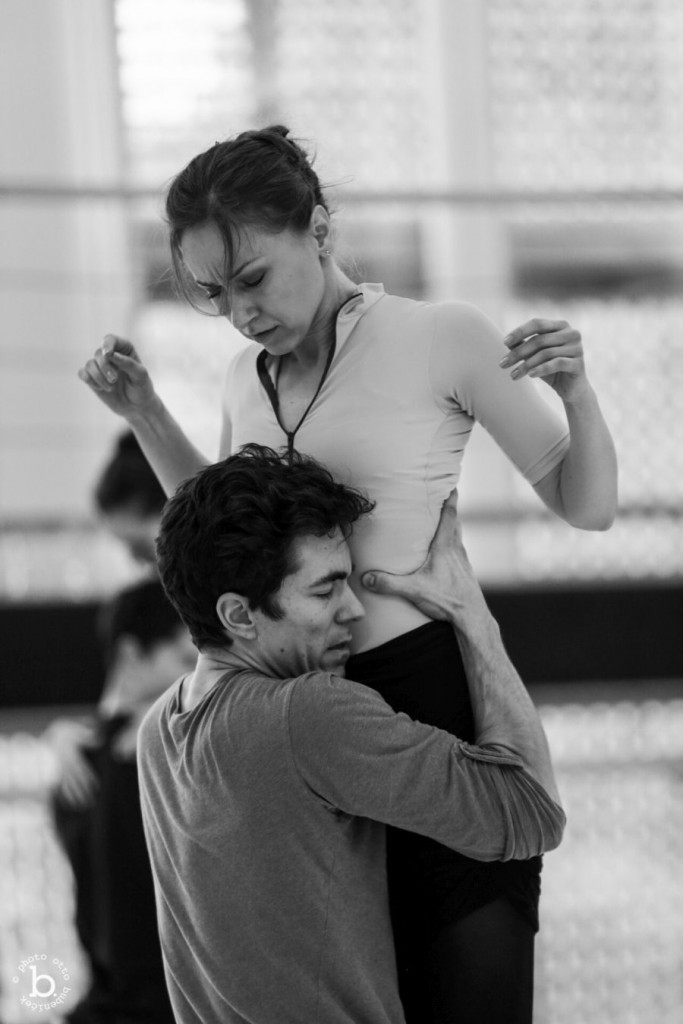 The dressing room in Ljubljana’s opera serves as his office. Its back wall is already covered with blueprints of set and costumes for the next ballet, “Anita Berber”, which will premiere with the ballet company in Gera/Thuringia this June. Otto’s schedule is as packed as his brother’s. From time to time he leaves his Berber-designs and comes over in the studio to assist Jiří. A first rehearsal with the set is done, the final sprint to the premiere is well underway.

“Doctor Zhivago” can be seen at the SNG Opera in Balet Ljubljana from April 14 – 23. 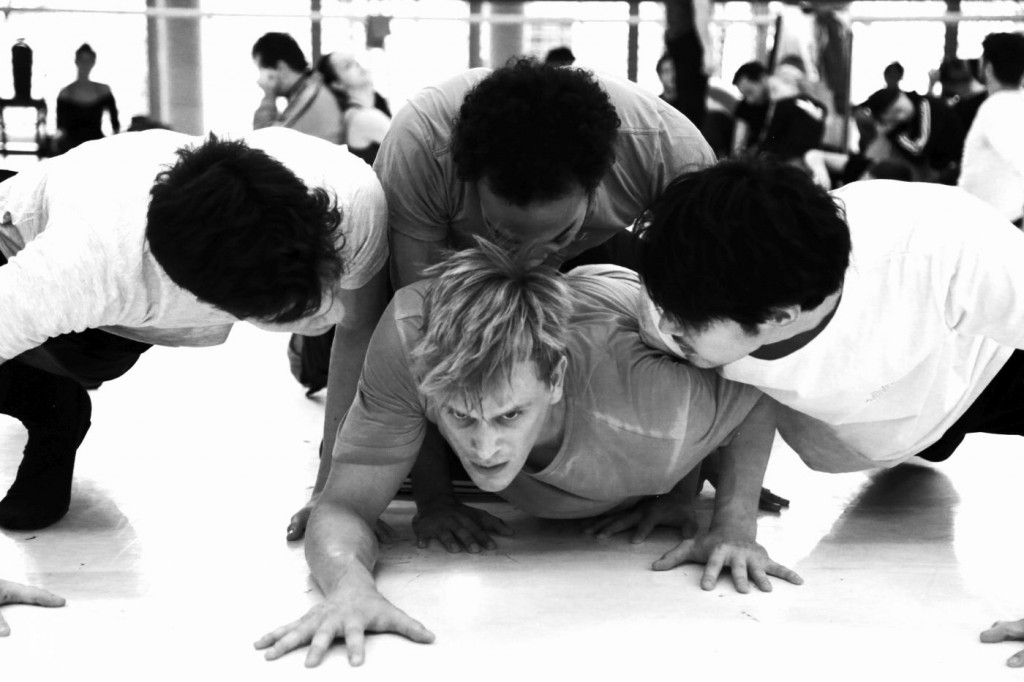