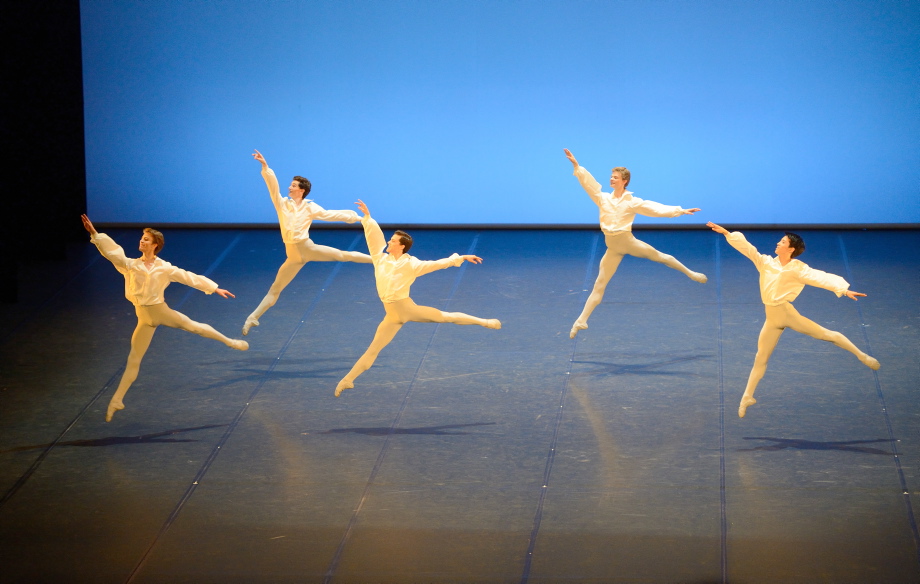 While Stuttgart Ballet was touring Salzburg their home stage housed the students of the John Cranko School. This year they perform three times. I saw the second performance on the Whitsunday weekend. A third is scheduled for June 26.
Though due to the beginning of the holiday season a few seats in the opera house remained empty, the students were warmly received by the audience. Tadeusz Matacz, the school’s long-standing director, had arranged a program of tried and trusted pieces around a novelty: a world premiere by Stuttgart Ballet’s resident choreographer Marco Goecke. From the young students of the 1st class to the older graduates of the two-year Academy schooling, many had a chance to show their talents. 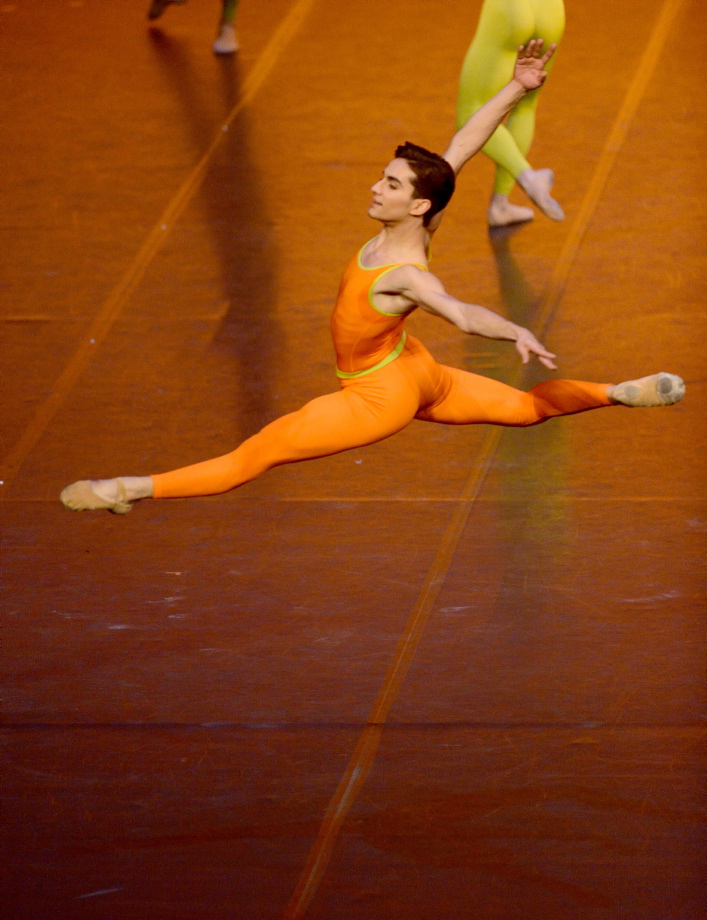 In “Moon Marchin’” five pert boys of the 3rd class took the measure of the stage’s space with impish resolution. All were costumed with spiky hairdos and full-body leotards with blue front-sides and white backsides. Some grinned like rascals. That bodes well for the future.

“Spirits of Nature”, a group piece danced by the classes 1-5, was a nice demonstration of the rapport between younger and older students. It was followed by “Simple Symphony”, choreography by Alastair Marriott, also an ensemble piece, for the 6th class and the Academy Classes A and B. It has refreshingly colored costumes in orange, pink, raspberry-red and yellow. Each of the piece’s three movements was led by one couple (Eun-Sil Kim and Vinicius Silva, Julliane Franzoi Linhares and Timoor Afshar, Leda Šeparović and Nikita Korneev). Of those, Vinicius Silva especially caught one’s eye. The Brazilian has a likable stage personality and is an attentive partner.

Equally elegant and self-assured was tall Nikita Korneev. He also danced next to Sinéad Brodd in “Classical Symphony” (choreography by Leonid Lavrovsky) which opened the evening. Its four movements by Sergei Prokofiev, presented by students of the classes 3-6 and the Academy Classes, were a pleasure to watch. The dancers radiated joy and elan; their 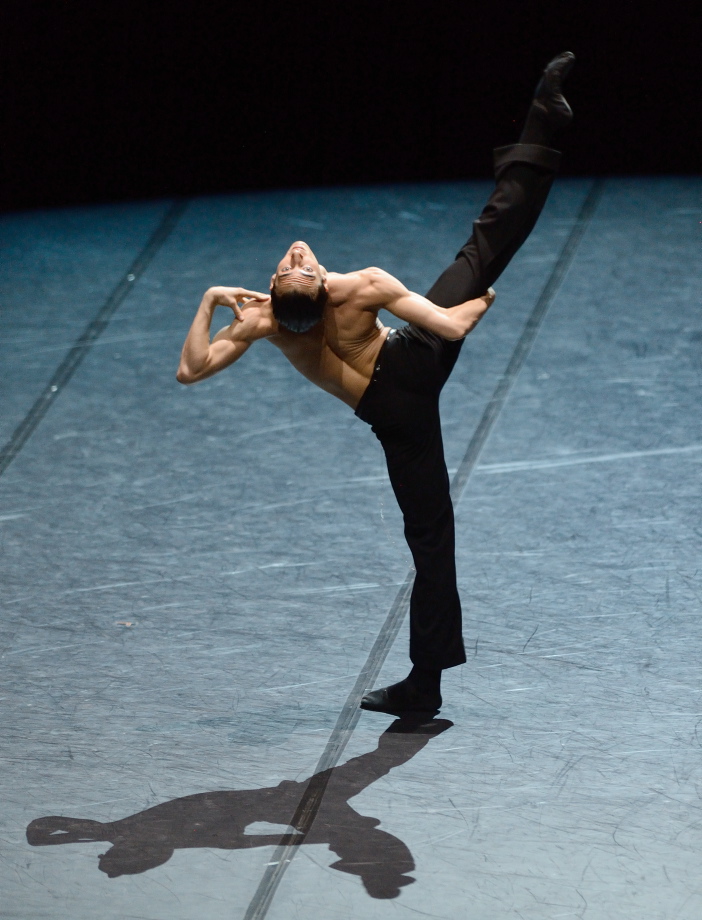 composure was graceful yet firm; lines were clear, pirouettes flawless; jumps assured. Partnering and lifts went smoothly. Christopher Kunzelmann and Madeline Woo, for example, finished their pas de deux with a neat fish dive as if it were the easiest thing to accomplish. Prokofiev later reused the third movement of “Classical Symphony” in “Romeo and Juliet”. Given the boys’ synchronous tours en l’air one could easily imagine them set in Verona right away.

“Italiana”, also a classical piece to music by Felix Mendelssohn Bartholdy, was done with the same unforced precision. In the excerpt of Jules Perrot’s romantic ballet “The Naiad and the Fisherman” petite Aina Oki as the Naiad stood out. With her nimble footwork, bouncy jumps, wide eyes and bright smile, she would be a lovely Giselle. Her fisherman was Gabriel Figueredo.

Marco Goecke demanded completely different skills from the students. His “A Spell on You” is typical-Goecke: arms fluttered and trembled with terrific speed; muscles were tensed to maximum; jerky moves merged into flowing ones. Goecke’s language is eccentric and, on first view, dark. It seems the dancers have to do all they can do, physically and by force of will, to discover the truth behind the physical struggle. Sometimes, for split-seconds, this truth or sense seemed within reach. Then Goecke’s subtle poetry shone through. 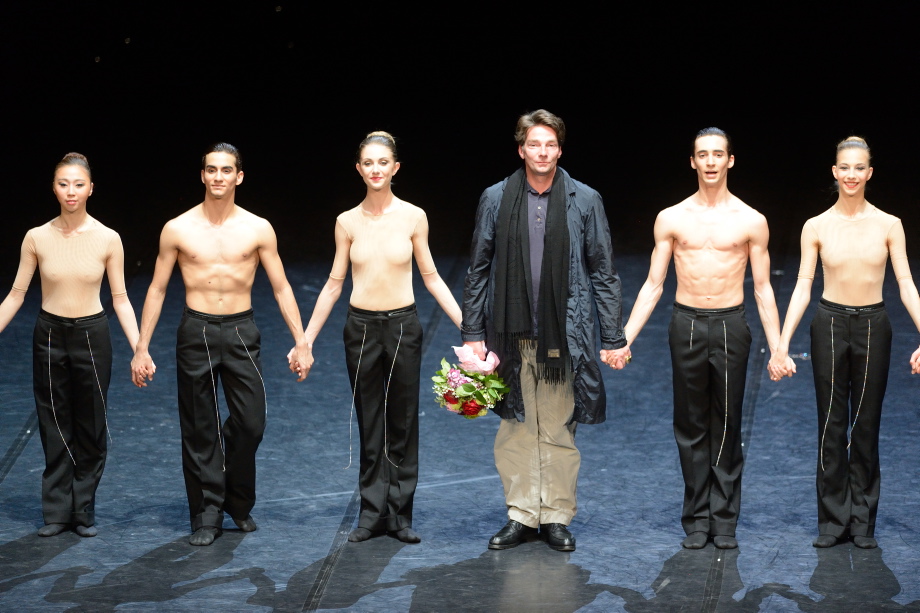 As in his former pieces he neither choreographically nor in terms of the costumes distinguished between the sexes. Male and female dancers had black pants, the boys bare upper bodies, the girls skin-colored tops. The eleven dancers – Riccardo Ferlito and Paolo Terranova of the 5th class plus nine of the Academy Class A – were impressive. Occasionally, one noticed hints of fatigue towards the end of a series of high-voltage staccato movements. Sometimes the girls’ arms revealed inherent feminine softness rather than precise rigor. Yet a lot of scenes looked as expertly done as when performed by Stuttgart Ballet. That’s quite something!

A few students presented pas de deux and solos, all of which were remarkably well chosen by Matacz. Alessandra Bramante and Paolo Terranova (class 5) proved well-attuned to each other in a contemporary pas de deux. Both were expressive and 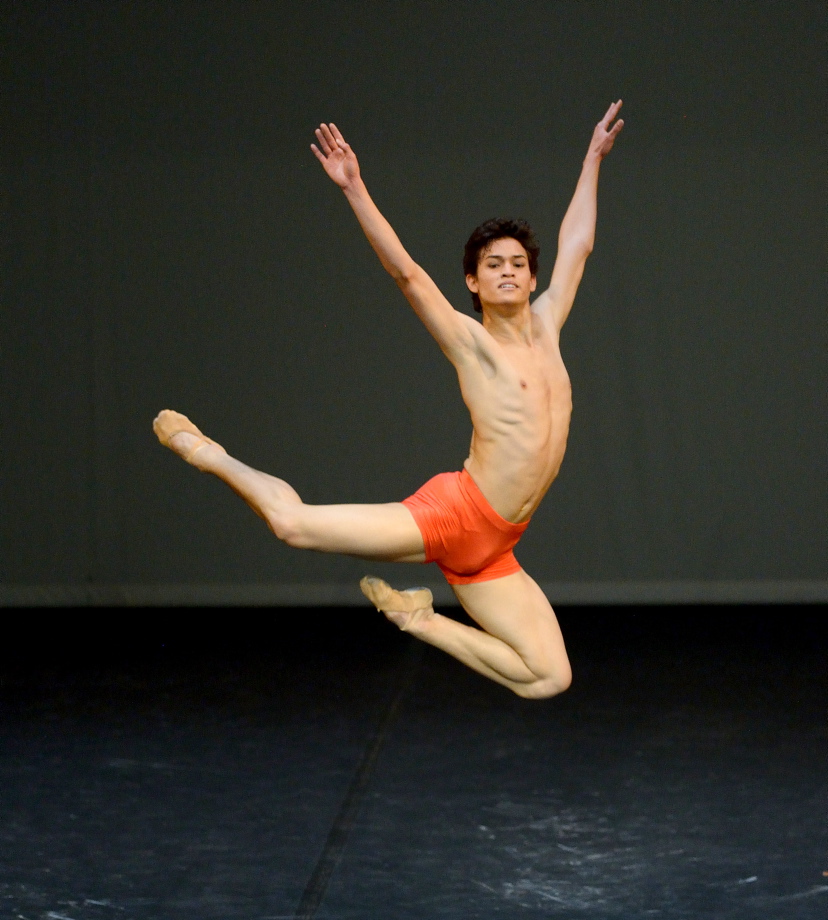 visibly relished their performance. Yume Okano from the Academy Class A combined wiriness and physical power with a tiger’s litheness in her solo. Equally fascinating was Alice Pernão. She seemed like a whirlwind unleashed by an inner spring. British choreographer David Dawson once said in a rehearsal “A ballerina creates her own time in the world.” That’s what came to my mind when watching Pernão. She stretched or accelerated time just as she liked.

The third solo was danced by Adhonay Soares da Silva, a graduate last year. He currently dances with the Stuttgart company. Like last year, da Silva interpreted “Notations I-IV”, choreography by Uwe Scholz. The piece is saturated with anger and tension energetically conveyed by da Silva. His artistic growth points in the direction the younger students might progress towards. Of this year’s twenty-one graduates twelve already have engagements. Seven of those have joined Stuttgart Ballet, one has a contract with the Maryinsky Ballet.

Sadly, the photos provided by the press office do not reflect the evening’s quality. As school performances are the main opportunity to present student achievement to the public, one wished the photographer had made more effort. 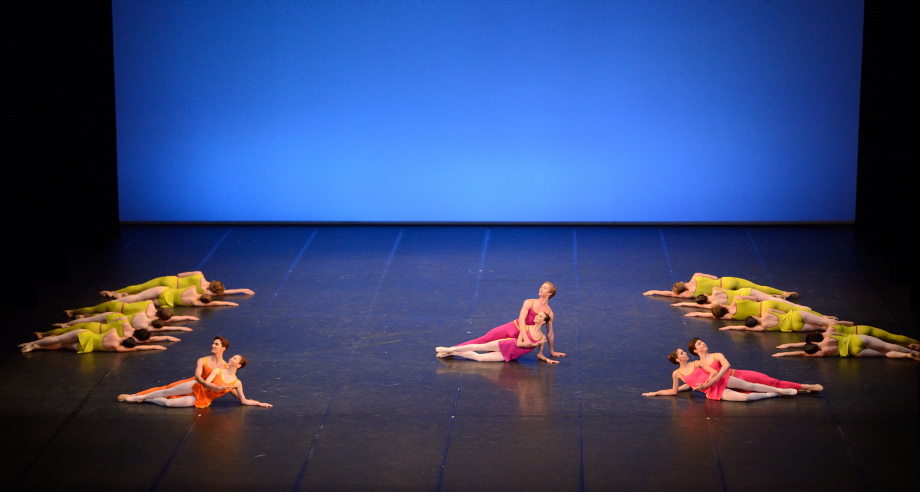