After eighteen years, Ivan Liška, artistic director of the Bavarian State Ballet, is handing over the reigns to Igor Zelensky at the end of this season. During the last months it had already became apparent that from then on things would not stay as they were.
This week the news became official. Of the ensemble’s seventy dancers twenty-nine will be leaving this summer. Among those are six of the total nine principals: Lucia Lacarra, Ekaterina Petina, Daria Sukhoukova, Marlon Dino, Cyril Pierre and Lukáš Slavicky. Ivy Amista, Javier Amo and Tigran Mikayelyan stay with the company.

Due to privacy protections the Bavarian State Ballet’s press office wouldn’t specify how many dancers have made their own decision to leave and how many were given notice. Certainly four or five dancers fall under the fifteen-years rule. After fifteen years at the same theater it is much more difficult to terminate an employee’s contract. Hence contracts approaching this limit are unlikely to be extended. Usually dancers look for alternative careers ahead of time.

Of the future plans of the twenty-nine dancers, it is only known that many will join other companies in Germany and abroad; others will continue their careers as ballet masters and trainers. Some freelance or dedicate themselves to their families. Lucia Lacarra and her husband Marlon Dino are going to unveil their plans in a separate press conference on June 1st. Both have already announced that they are going “to follow another direction” and have talked of “exciting projects and offers”.
Replacing more than forty percent of an ensemble is not a smooth transition. For the public it seems like a change using the sledgehammer. It is not a method especially favored by audiences. One also wonders how Ivan Liška feels given that his company is scattered to the four winds and – as, for example, in the case of Alexei Ratmansky’s “Paquita” and Pina Bausch’s “For the Children…”, both crowd favorites – what he has built is put on the archival shelf. 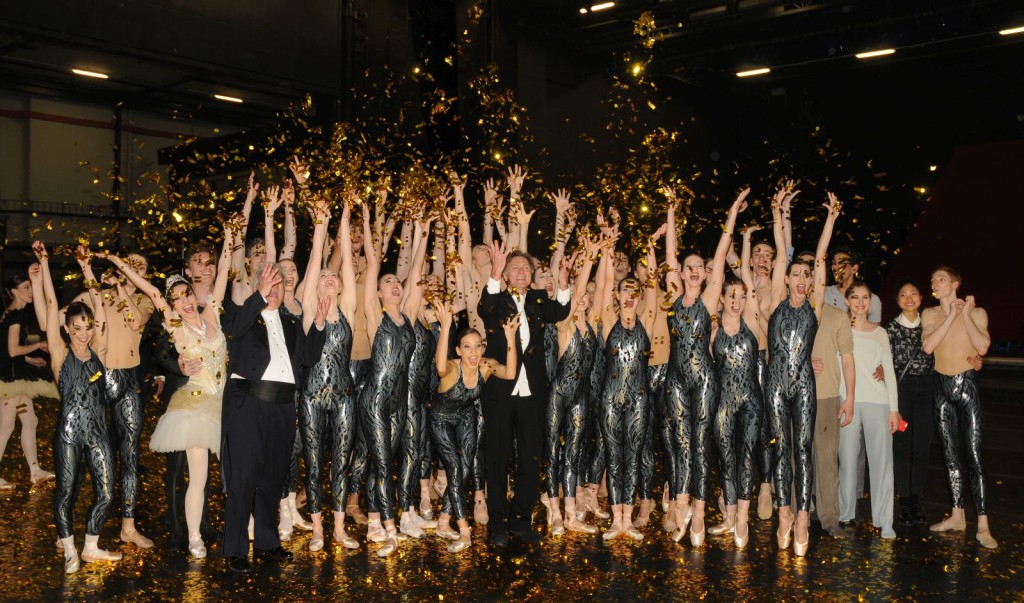 When John Neumeier took over as artistic director in Hamburg in 1973, he terminated the contracts of sixteen dancers. Back then he faced a storm of indignation, but his subsequent success proved the drastic cut to be the right decision. Yet has Zelensky similar visionary power, a charisma able to win the artists’ and the public’s appreciation? His announcement on the occasion of the upcoming changes is vague: “…My task as new director of the Bayerisches Staatsballett is to continue this development and guide the company toward further achievements. To this purpose I have engaged a number of outstanding new dancers for the Bayerisches Staatsballett over the last months. I am confident that our audience in Munich will greet these new members of the company with delight and curiosity, soon welcoming them into their hearts.”

Along with his directorship in Munich, Zelensky will continue as artistic director of the Moscow Stanislavsky Ballet Company. Reportedly he is aiming at an intense exchange of artists and pieces. John Cranko tried the same balancing act. Parallel to Stuttgart Ballet he also assumed the responsibility for the Bavarian State Ballet in 1968. That interlude lasted only for two years. As they say, “You can’t have your cake and eat it too”.

In view of the changes the general mood isn’t exactly bright at the moment. Let’s see if Zelensky can switch the atmosphere for the better.

Update June 08, 2016:
The Bavarian State Ballet will loose its main private sponsor, Irène Lejeune, at season’s end. Lejeune has supported the company since 2008 with a total of 1,3 million Euros. The company’s governmental subsidy amounts to 7,3 million Euros annually. Lejeune is withdrawing her support because she is annoyed by Igor Zelensky’s negative comments about the size of the company and the number of performances. Reportedly she does not want “a Russian State Ballet”. Instead, Lejeune will support Ivan Liška’s work as director of the Heinz-Bosl-Foundation.