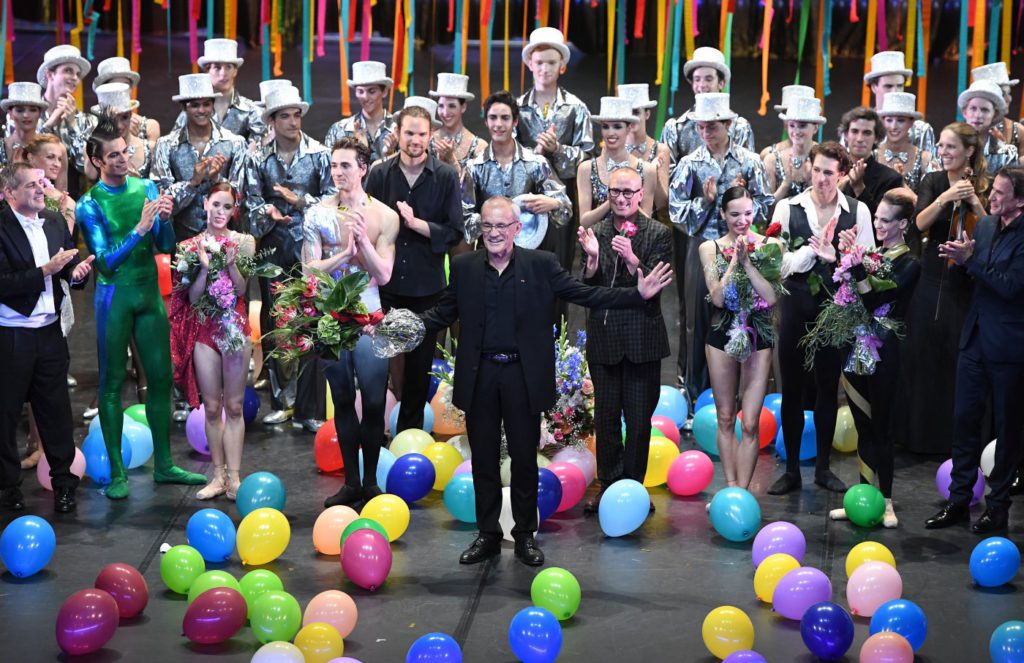 Not even a quarter of the way into Reid Anderson’s twentieth jubilee gala, this leader of the Stuttgart Ballet confided to the audience that “We’re both done for and, by the way, I’m a bit gaga.” By “we” he meant himself and Tamas Detrich, his Associate Artistic Director. Detrich, though, will take charge after the 2017/18 season. What was going on ? 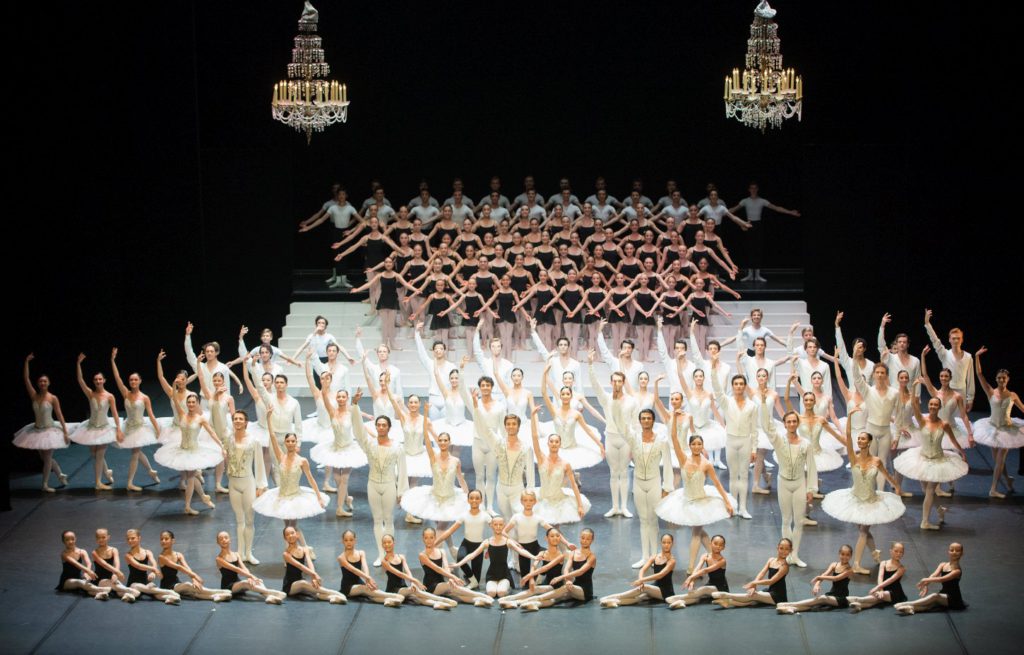 Students of the John Cranko School had opened the celebratory gala with a dashing “Etudes”, which had also concluded the school’s own gala on the preceding day. Next, the entire company was welcomed as it presented a défilé. Finally, the Minister President of Baden-Wuerttemberg, Winfried Kretschmann, recalled Anderson’s predecessors, John Cranko and Marcia Haydée. He declared that “there couldn’t have been bigger footsteps to follow”. Also, he apologized for the yearlong delay in constructing the new building of the John Cranko School. Not until last summer was the first shovel of sod turned.

So far, so good. But then Stuttgart’s mayor Fritz Kuhn added that the city government had been working on Anderson’s and Detrich’s applications for German citizenship. He explained, mischievously, that from now on both Anderson and Detrich will have German passports that, hopefully, will keep them at home in Stuttgart forever. Both men’s eyes widened in amazement! After this ultimate commendation, the two left the stage like a pair of schoolboys embarking on a lark. 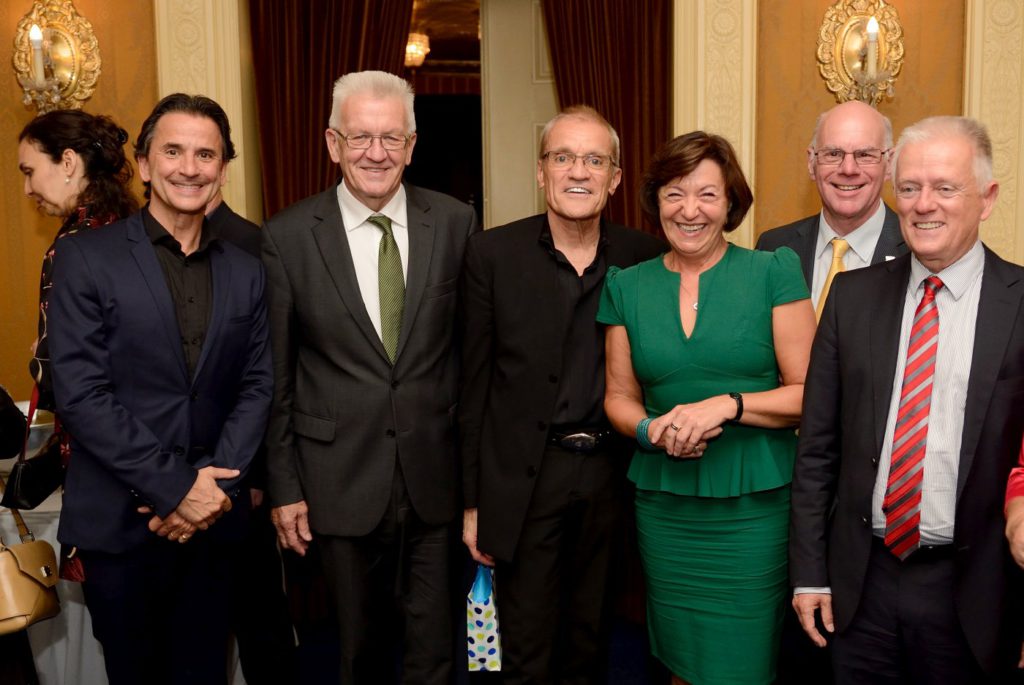 Norbert Lammert, presiding officer of the German parliament, wittily praised Anderson for preserving the Cranko heritage without turning Stuttgart Ballet into a Cranko museum. He said that during the last two decades there have been ninety-five premieres, including eight narrative ballets and that Stuttgart has become the destination for international ballet pilgrimages. Indeed, Stuttgart’s many foreign visitors during the ballet festival weeks prove him right.
The dancing that followed was comprised of fifteen pieces, four of them world premieres, and concluded with a joint finale. International guests shared the stage with their Stuttgart colleagues. The Stuttgart State Orchestra was conducted by James Tuggle and Wolfgang Heinz.

Among the guests were Hamburg Ballet’s Hélène Bouchet and Carsten Jung who danced an excerpt of John Neumeier’s “Liliom”. It was the scene in which Liliom, barker of a carousel at a funfair and a caricature of a real man, falls in love with the shy waitress Julie. A few of Neumeier’s pieces are in the Stuttgarters’ repertory, but “Liliom” isn’t. Bouchet and Jung were able to transport the Hamburg atmosphere to Stuttgart’s stage. 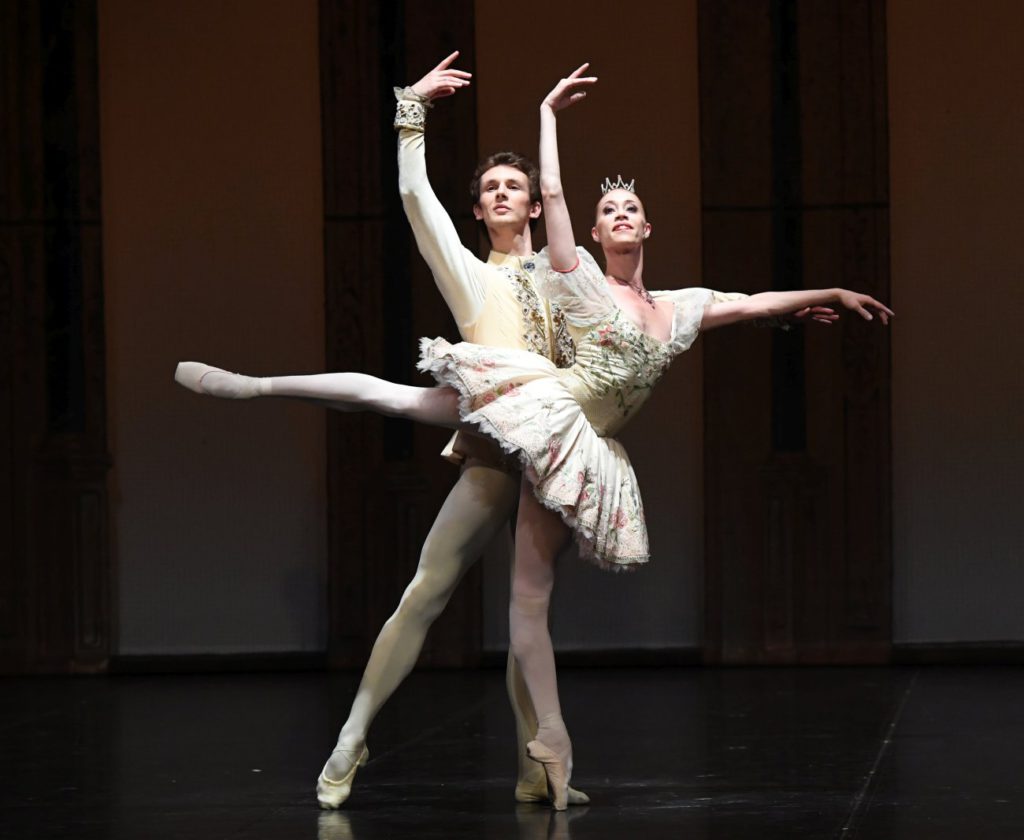 Over all, the gala gave the audience the chance to experience a rich variety of styles and dance languages. Contrasts are enriching. Why not exchange dancers and invite guest productions more often?
State Ballet Berlin had sent Elisa Carrillo Cabrera and Mikhail Kaniskin for the prelude of “Multiplicity. Forms of Silence and Emptiness”, choreographed by Nacho Duato. Kaniskin became Johann Sebastian Bach playing his bow all over Carrillo Cabrera’s body with utter abandonment, but it was a rather tasteless waste of two excellent dancers. Unmemorable was “Couleur Blue”, the contribution of the Béjart Ballet Lausanne. In it, Kathleen Rae Thielheim and Julien Favreau danced Gil Roman’s contemporary choreography; all I recall is music that burbled like water and occasionally tooted like a train.

Thomas Lempertz was presented as a guest, but having been a Stuttgart soloist in the past, he was actually making a comeback. He reprised his solo from “Greyhounds”, which Marco Goecke had created on him for a production at Stuttgart’s Theaterhaus. 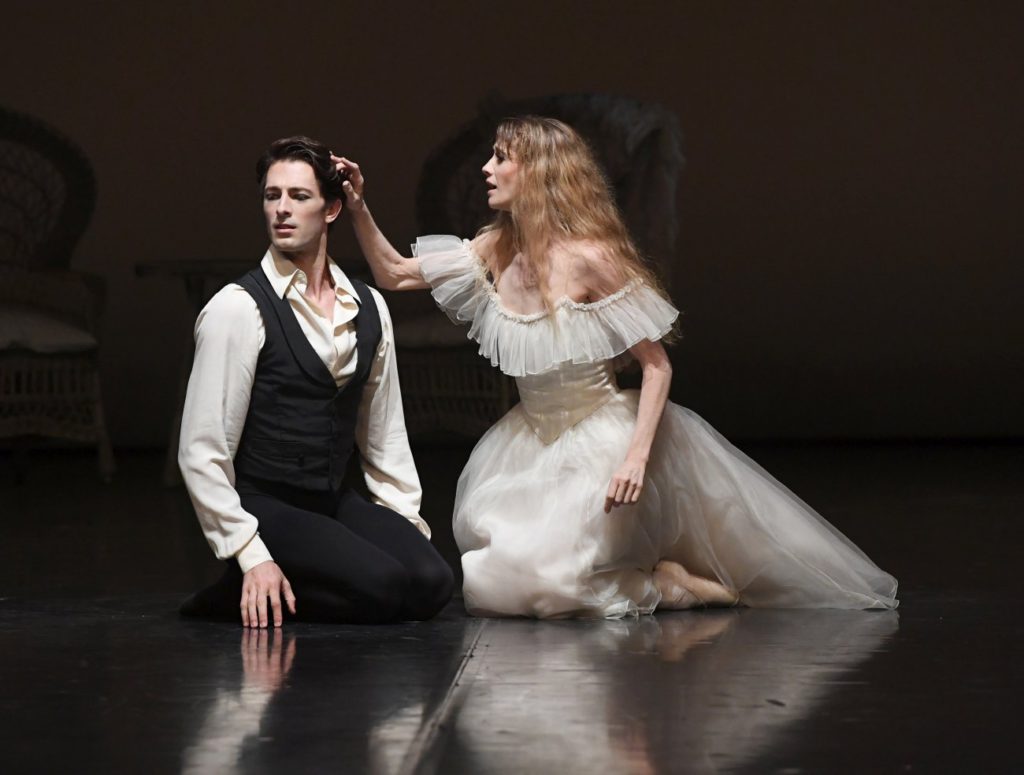 Truly fascinating were the pairings of guest dancers with Stuttgart colleagues. The Bolshoi’s Semyon Chudin was a superb Prince Désiré for Anna Osadcenko’s no less lovely Aurora in the Wedding Pas de Deux of “Sleeping Beauty”. Their being new together added exactly the right amount of subtlety and restraint to the story of a blossoming royal romance. The corps, just having proved their elegance in the ball scene of “Onegin”, framed them.

Paris Opera Ballet’s Mathieu Ganio and Stuttgart’s Alicia Amatriain were Armand Duval and Marguerite Gautier in Neumeier’s “Lady of the Camellias”. They danced the white pas de deux from the ballet’s country scene. At first a lovely but innocuous romance, the air suddenly filled with warm love, as if a lock inside Armand had burst open. I sat spellbound, 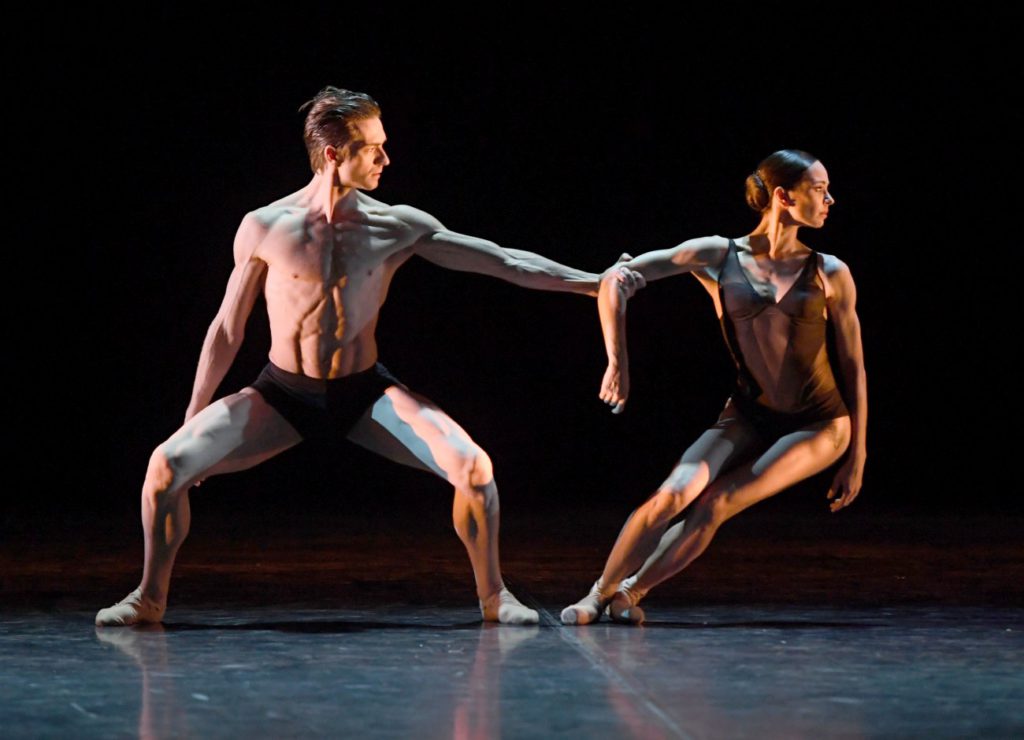 wondering to what intensity these two dancers could have taken the rest of the tragic love affair. Their dance hit a plateau though it caused a few laughs because the tulle of Amatriain’s dress became stuck in front of Ganio’s eyes. Egon Madsen, watching the performance from the box, told a friend that the same had happened to him and Marcia Haydée during rehearsals. Handling those many layers of tulle is quite tricky.

Diana Vishneva, principal of the Maryinsky Ballet and the American Ballet Theater, was not very impressive in Mauro Bigonzetti’s “Kazimir’s Colors”. She depicted a woman wavering between strength and weakness. Friedemann Vogel made her pull herself together. Unfortunately the excerpt was too featureless to show their talents. 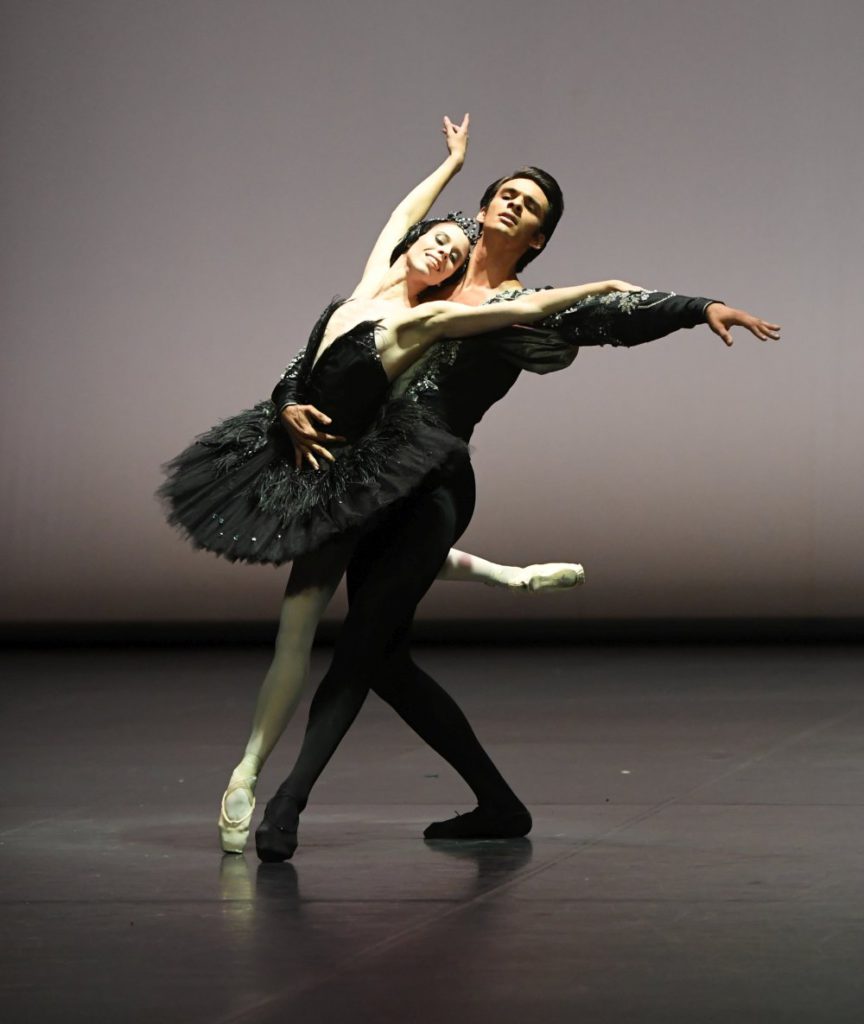 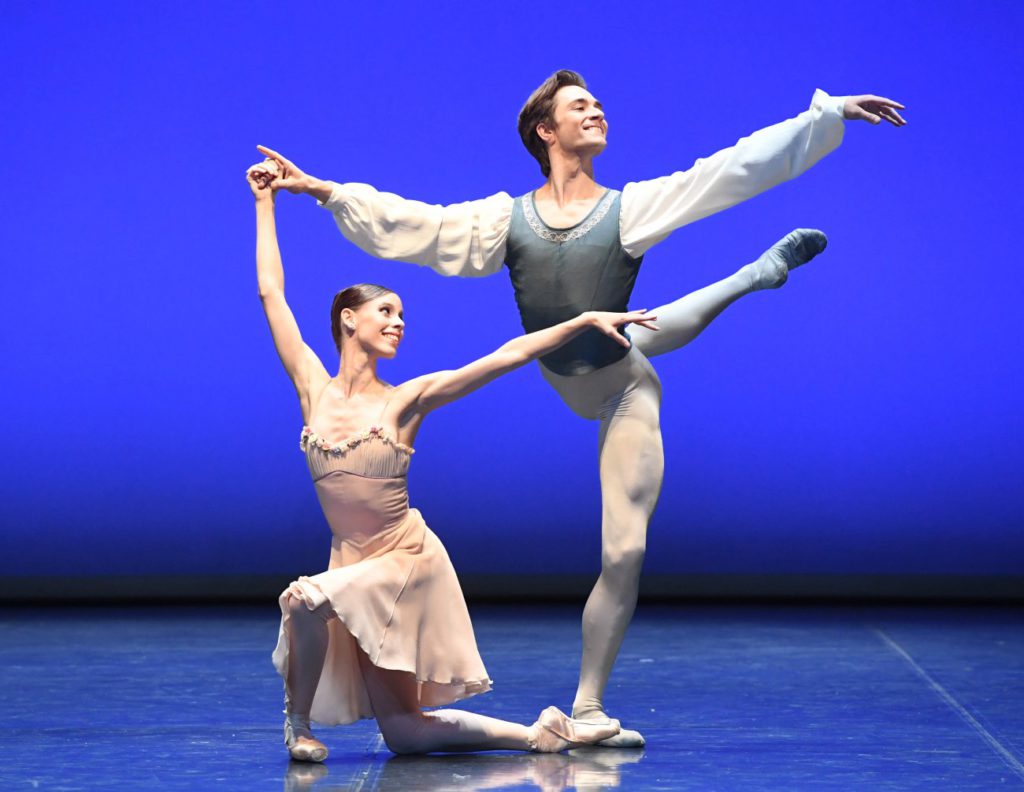 Later, together with Elisa Badenes, Vogel was spectacular in Balanchine’s “Tchaikovsky Pas de Deux”. What dazzling verve! What lightness! What prowess! With a bright smile both acknowledged the roaring applause, shaking their heads in amusement concerning what they had accomplished. Badenes already had earned bravos as Odile opposite Constantine Allen’s Prince Siegfried. Basically this prince didn’t know what was happening to him because Badenes’s Odile was so slyly seductive, her glances so purposeful, that she beguiled not only Siegfried but the whole audience. This young Spaniard is a huge asset to the Stuttgart company. 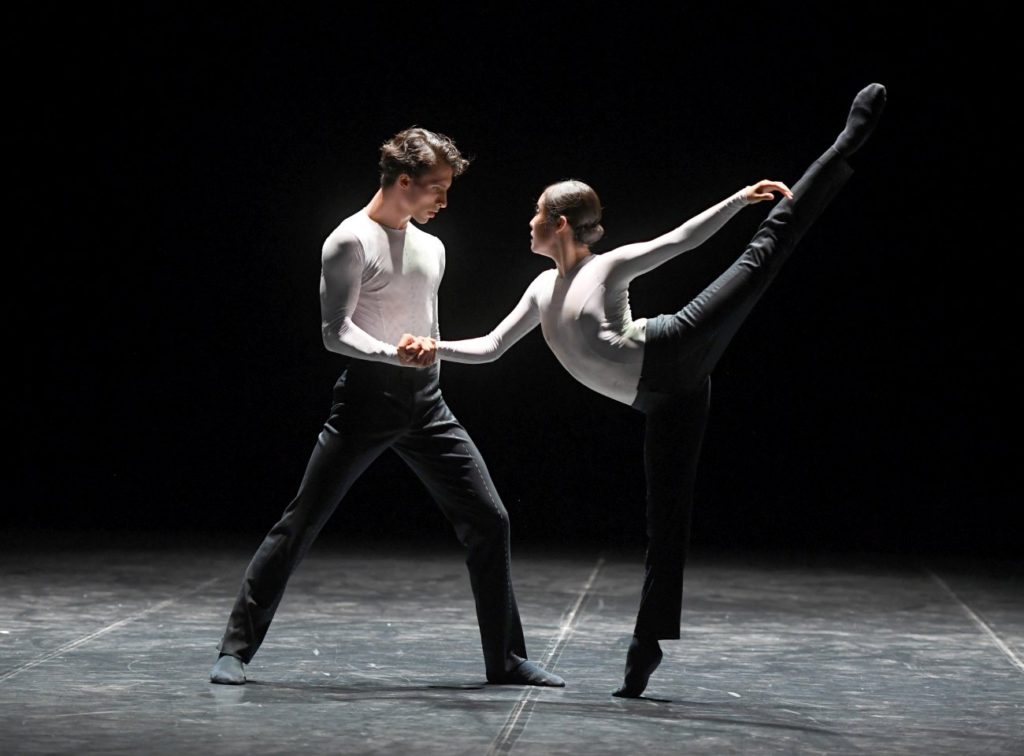 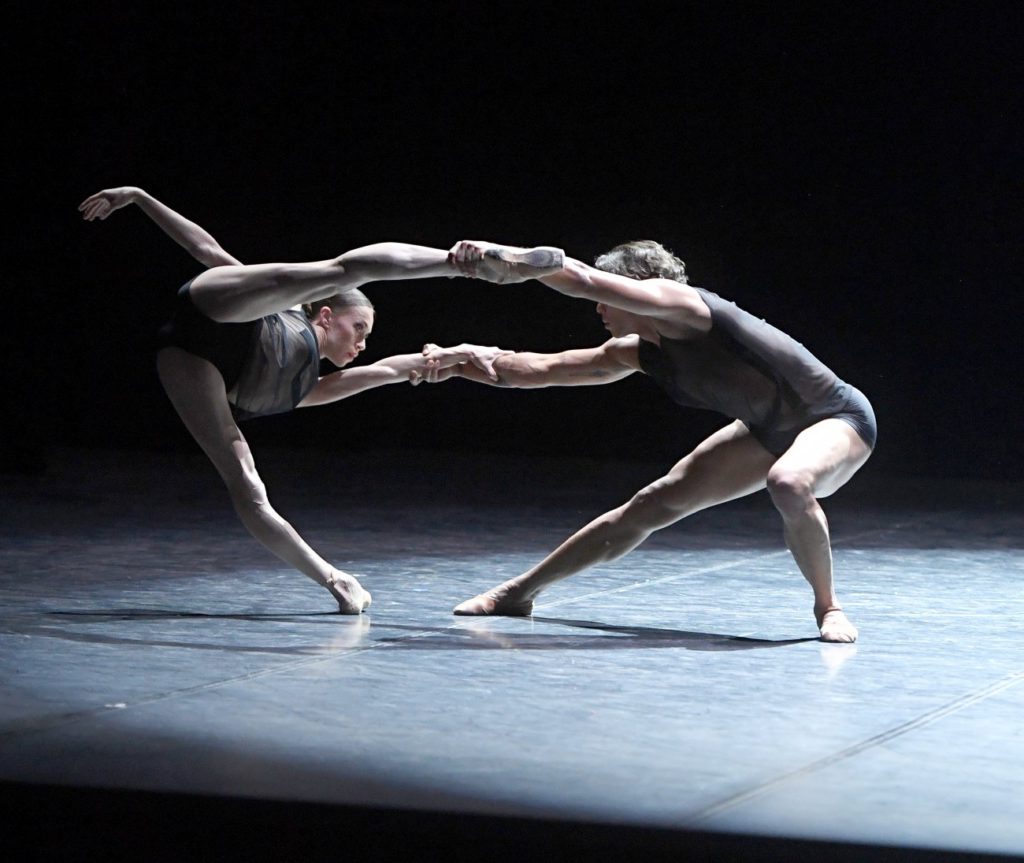 Jason Reilly, much loved by the audience, danced twice. He made Amatriain smile charmingly during the brilliant lifts in Cranko’s “Hommage à Bolshoi” and, together with Osadcenko, brought Itzik Galili’s new “In Short” into being. After many leg swings and legs wrapped around each other, Reilly finally had Osadcenko ride him piggyback. Looking at the two from behind when they casually left the stage, they seemed to have melted into one being with legs by Reilly and torso by Osadcenko. 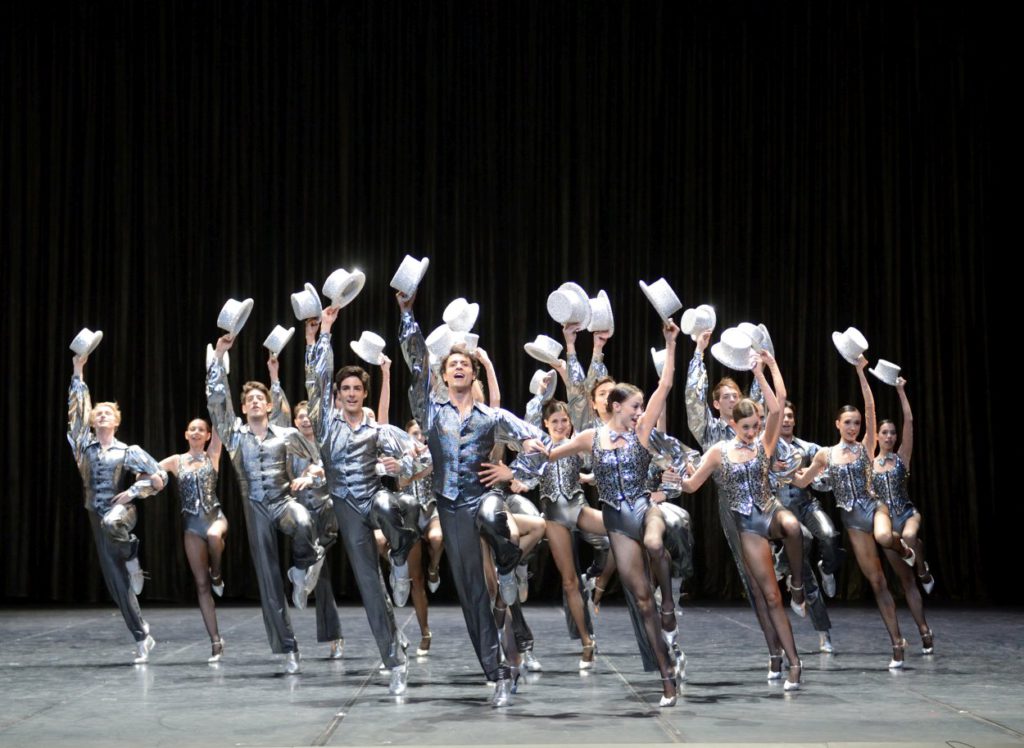 “Arcadia”, a premiere by Douglas Lee, had Amatriain and Allen move through extremely contorted poses while destroying each other with hostile glances. “Daydreamers”, Edward Clug’s new creation, sent Hyo-Jung Kang and Pablo von Sternenfels across the stage like computer-animated figures within cyber space. Both new pieces, “Arcadia” and “Daydreamers”, made no impact on this program. The third premiere, “Overture to a Prelude” by Kevin O’Day, also was weak. It had Myriam Simon, Ami Morita, David Moore and Roman Novitzky express their dedication to Reid Anderson in tedious contemporary sequences which offered no new ideas. 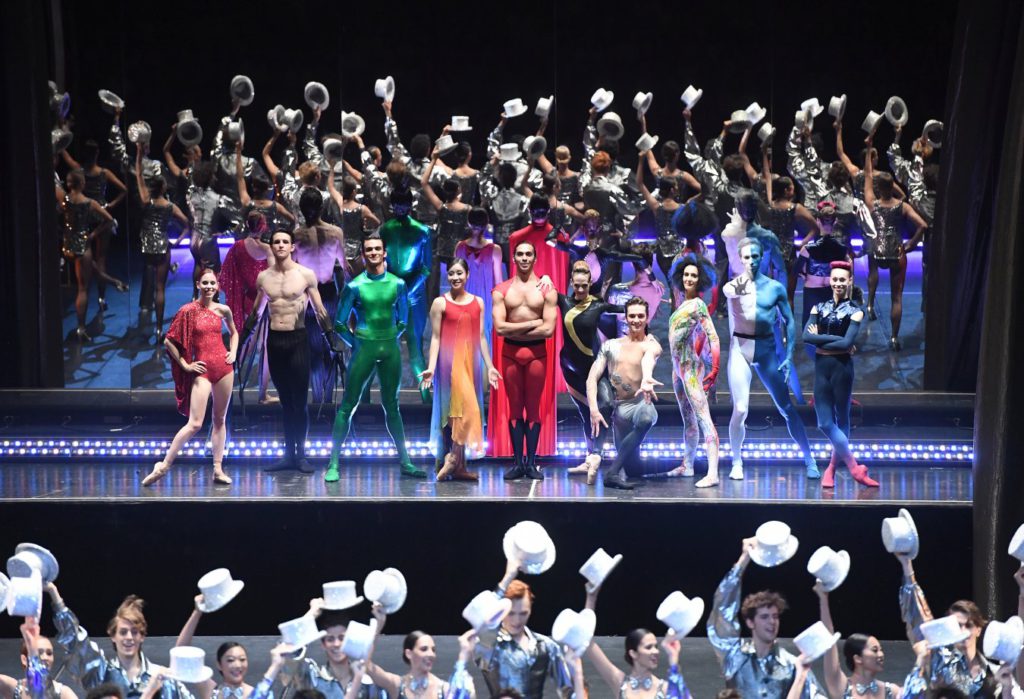 The gala concluded with the silvery sparkle of a revue. The corps de ballet sang the final number of the musical “A Chorus Line” as reworked for Anderson. They were supervised by all the principal dancers standing on a platform in the back and dressed in “Superheroes” costumes. Although these comic “Superhero” figures conflicted with the respectable roles each principal had just danced, the finale dazzled. Detrich, who in his welcome speech had called Anderson his mentor, a closest friend and the most amazing teacher, knelt before Anderson at the very end.
The gala was streamed live to many outdoor visitors to “Ballet in the Park”. Long-lasting cheers in the opera house as well as outside sent the dancers to their summer break. 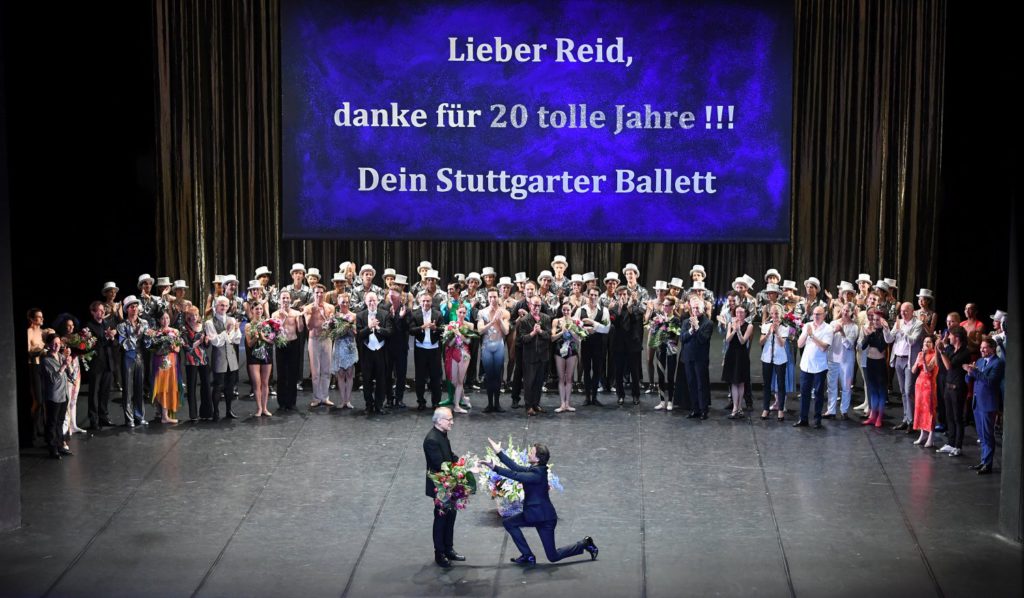