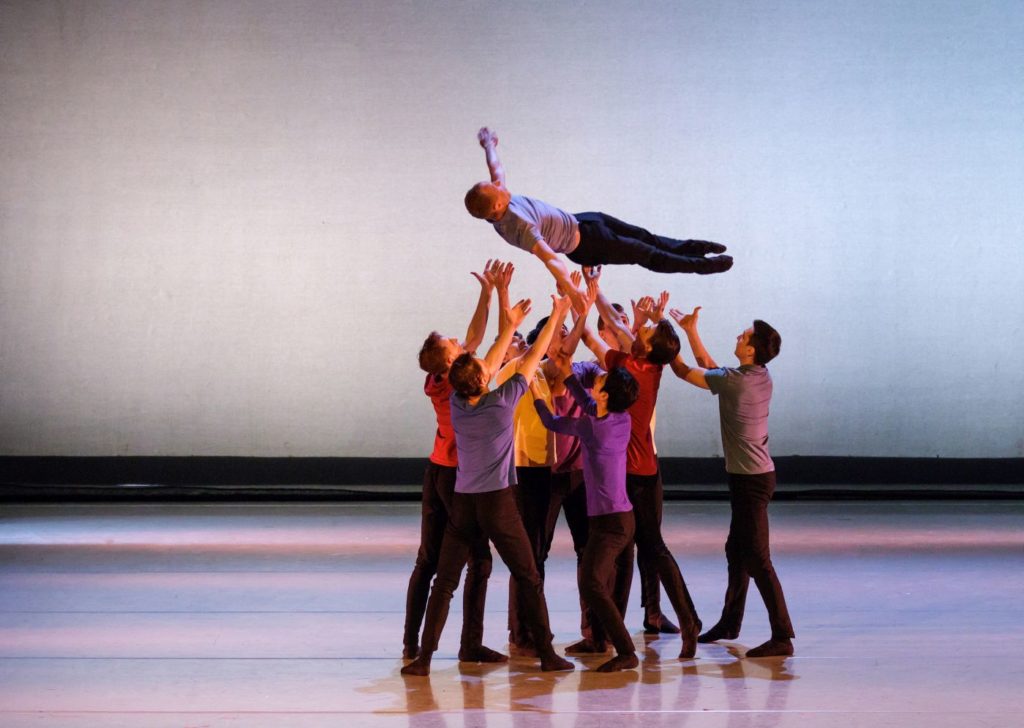 Last season, two of the Ural Opera Ballet’s programs were nominated for Golden Mask awards in several categories: “Walpurgisnacht” by George Balanchine (which was shown in a double bill with “Brahms Party” by Anton Pimonov) and “The Order of the King”, a full-evening piece by the company’s artistic director Vyacheslav Samodurov. Though the pandemic halted the festival the first time around, the company brought both productions to the Stanislavsky and Nemirovich-Danchenko Moscow Music Theatre as part of this season’s festival in mid-April.

I was able to get access to a recording of “Brahms Party” (filmed on April 7th, 2021 and performed on the company’s home stage in Ekaterinburg), but missed “Walpurgisnacht” due to the Balanchine Foundation’s regulations for videotaping. A report on “The Order of the King” will most likely follow soon.

Though its title suggests otherwise (perhaps an orgiastic bacchanal?), “Walpurgisnacht” depicts a rather formulaic celebration performed by twenty-four women (whose long hair wafts wildly) and one man. The short piece was originally created as part of a new production of the opera “Faust” by the Théâtre National de l’Opéra in Paris in 1975, danced by the Paris Opéra Ballet. The New York City Ballet later added it to its repertory as an independent work. 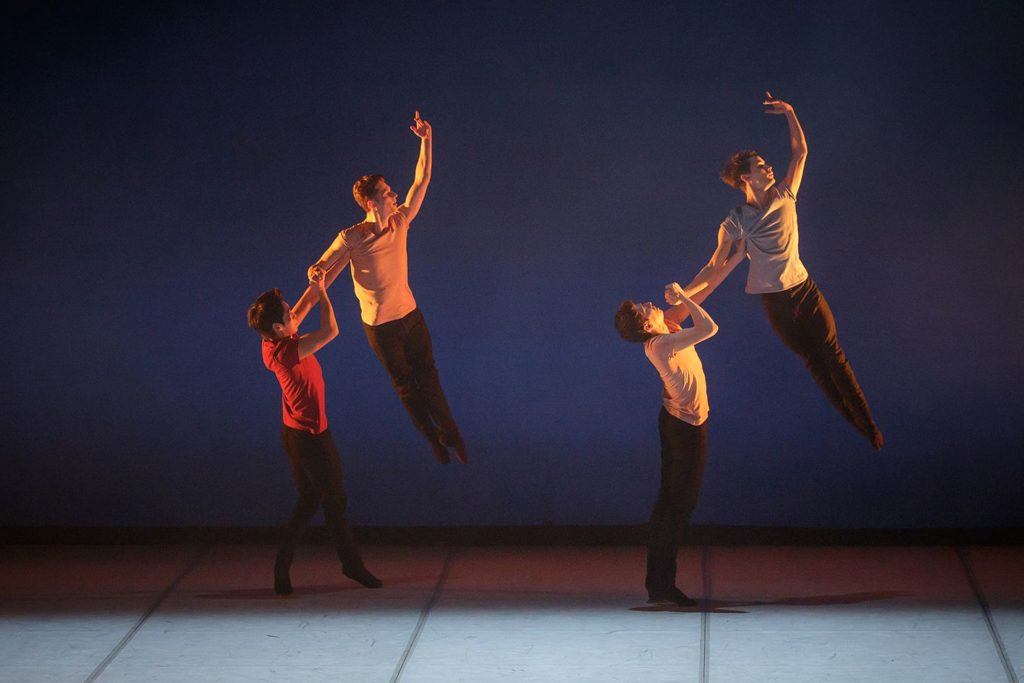 Pimonov’s “Brahms Party”, by comparison, is a lively feast around 30 minutes full of fun, frolic, and chummy contest. The revelers are solely men – nine in total – which is presumably why Tatiana Kuzenova fittingly compared the piece to a stag party in her review in the Kommersant. That Pimonov chose just Johannes Brahms’s “Liebeslieder Waltzes” as musical accompaniment for a party can only be the result of a tongue-in-cheek assault on pathos. The dancers partner with each other while doing somersaults, throwing one another in the air (as is custom after farewell performances), and jumping excessively often – most of the time with (unnecessary) assistance. Partnering in itself is a feature, as is a rehearsal-like mix of performance snippets and ordinary activities, such as walking, running, sitting onstage, and watching the colleagues dance. In some dance sequences, the steps are only hinted at; in others, they are executed much quicker than they normally would be – like a VCR tape on fast forward. 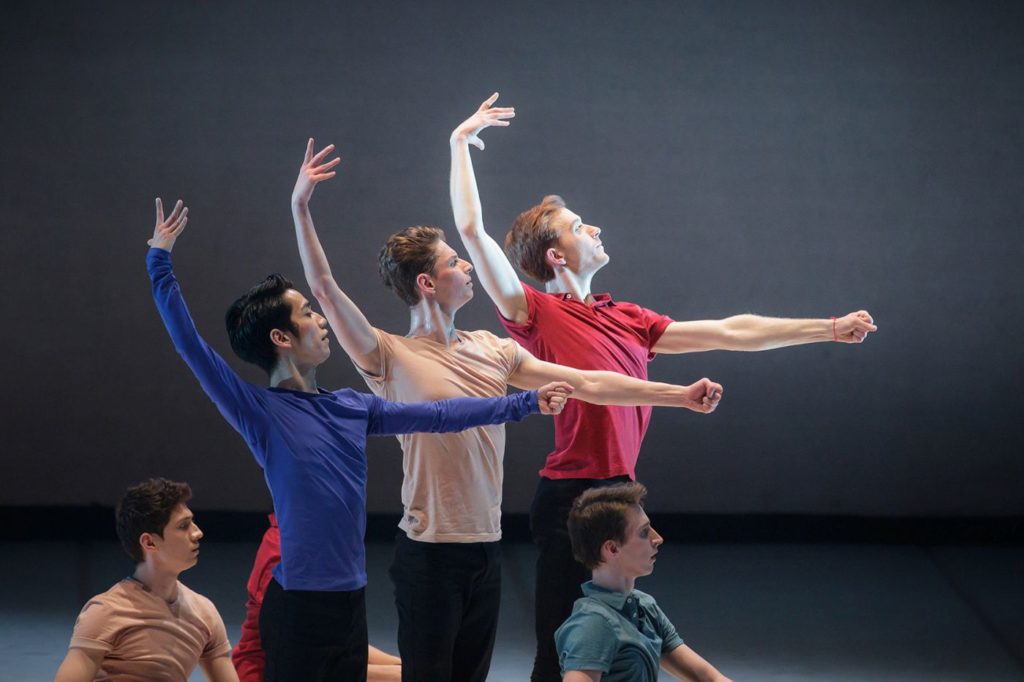 The style changes frequently, wittily blending Russian folk dance and classical dance, with additional material taken from the contemporary vocabulary and from gymnastics. Luca Driesang, for example, begins his lyrical solo by swinging his arms like propellers, and suddenly breaks from the otherwise solemn style by standing on his heels. At one point, a few men (deliberately) step out of line, but hold their arms confidently in an imperial pose; simultaneously, Svyatoslav Moiseev dances an effeminate solo at the front of the stage, his arms so extraordinarily soft and light that their movements are rendered weightless.

This men wear black pants and colorful shirts (costumes by Elena Trubetskova). They poke fun, but at what or whom? At us? At each other? At their art form? Or at the music? Regardless, their banter is amusing.
Tomoha Terada blows Gleb Sageev a quick kiss. Moiseev jauntily throws in an extra jump before disappearing into the wings. In the final moment, all nine of the men fire showers of confetti from New Year’s firecrackers before collapsing to the ground. Without a doubt, they’ve painted the town red.

Pimonov, a former dancer of the Maryinsky Ballet and as of this season head of the Perm Opera Ballet Theatre’s ballet troupe, turned to choreography in 2012. “Brahms Party” premiered at the Ural Opera Ballet in 2019 during Pimonov’s three-year term as Samodurov’s deputy. The website of Perm Opera Ballet announces that Pimonov and Samodurov will co-produce a production of “The Little Humpbacked Horse” at Ekaterinburg this summer. 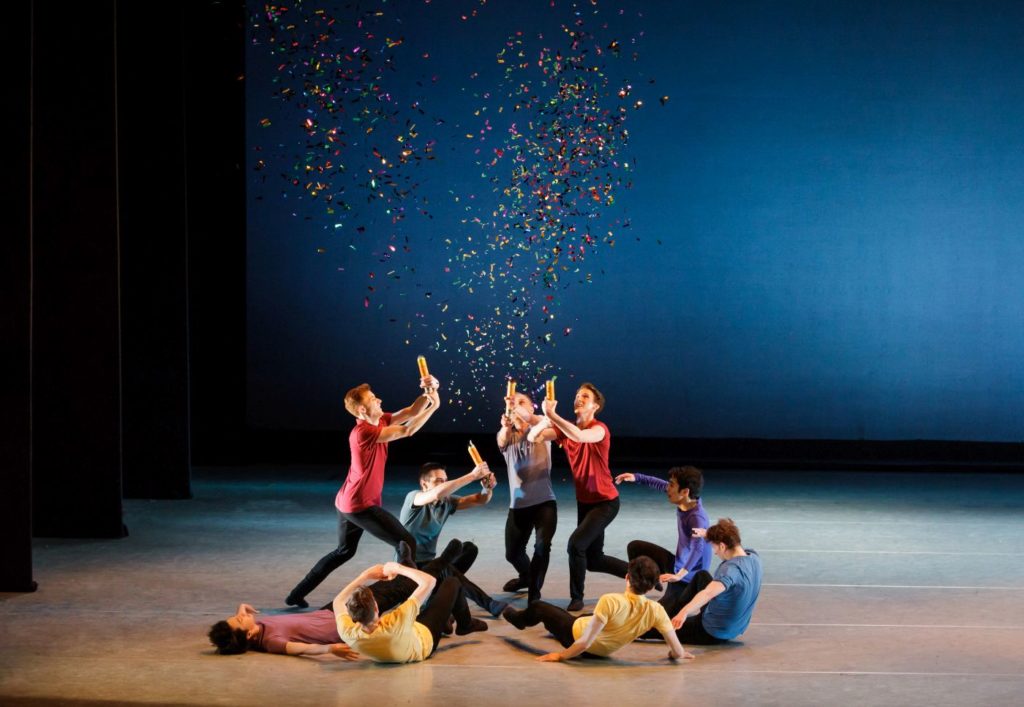