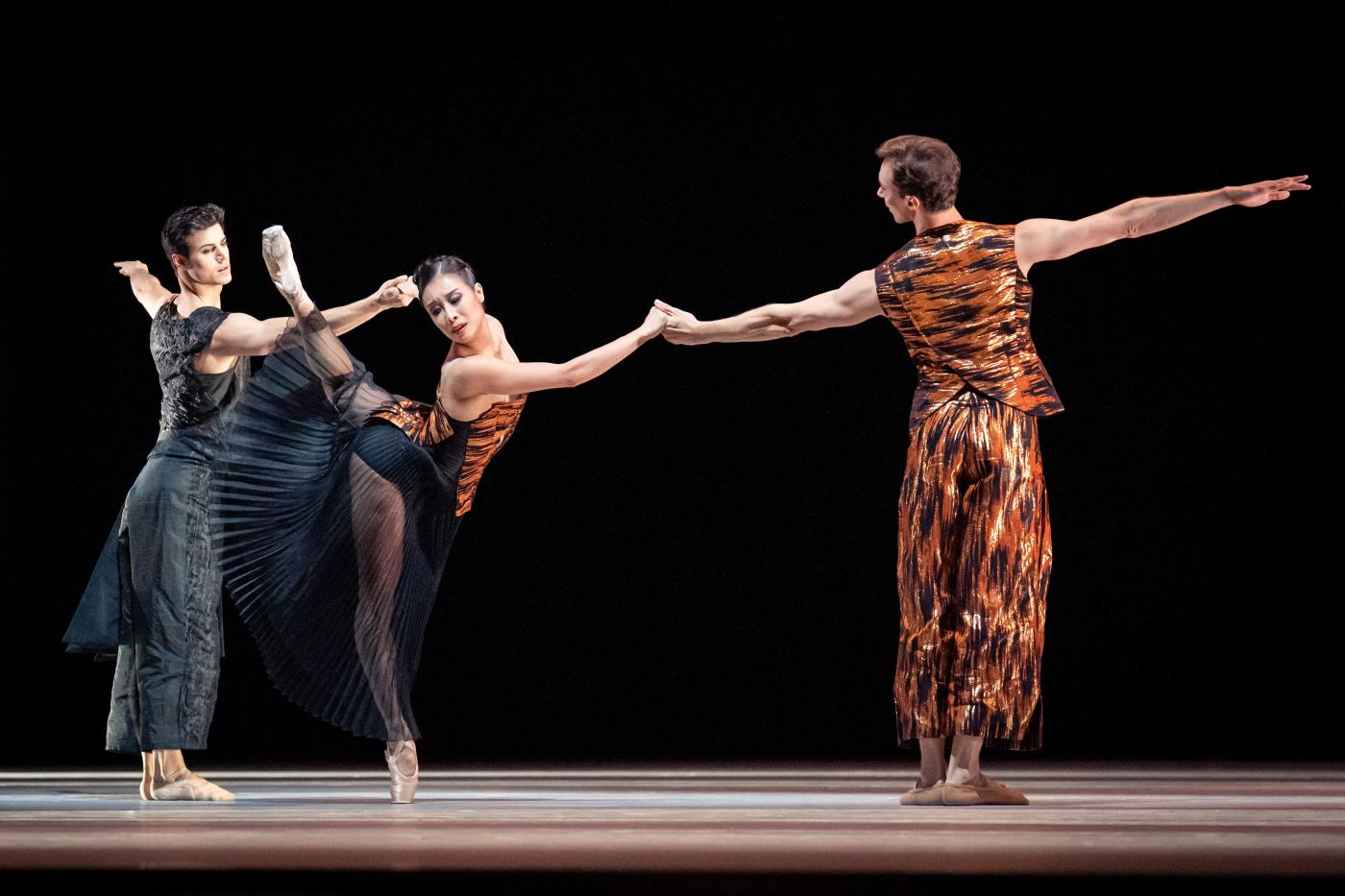 The third premiere of the Vienna State Ballet in this season – “Die Jahreszeiten” (“The Seasons”) – is entirely by Schläpfer. Past experience with his oeuvre made me skeptical of this new work, but I was pleasantly surprised.

The piece is set to Joseph Haydn’s 1801 oratorio “The Seasons” (which coincidentally also premiered in Vienna), for which Gottfried van Swieten penned lyrics based on extracts from a poem by James Thomson. Thomson’s verses describe the ordinary daily and seasonal life on the countryside: spring thaw and early field work, the lush countryside, harvest time, and a sudden thunderstorm, which cools down the sweltering summer heat. An autumnal hunt is followed by cheers for the new wine. Amidst winter gloom and the coziness of a warm cottage a fleeting romance blossoms. 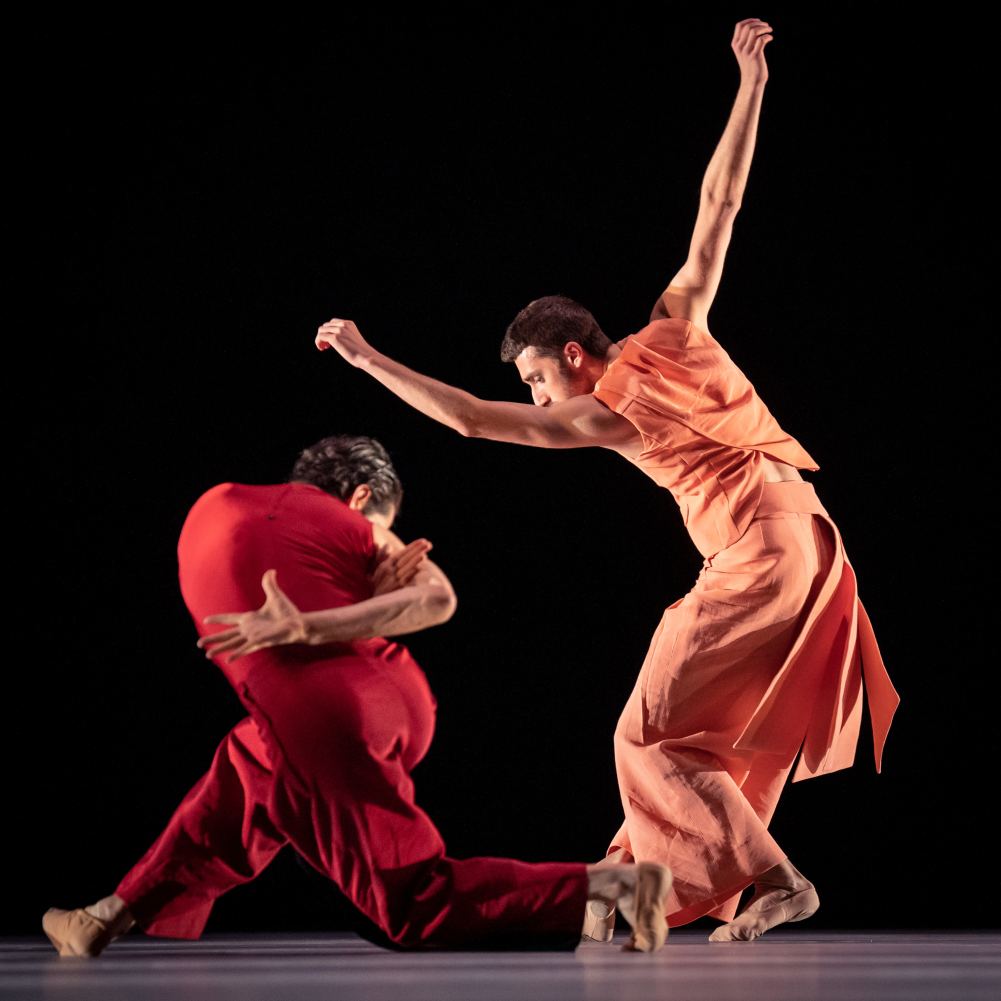 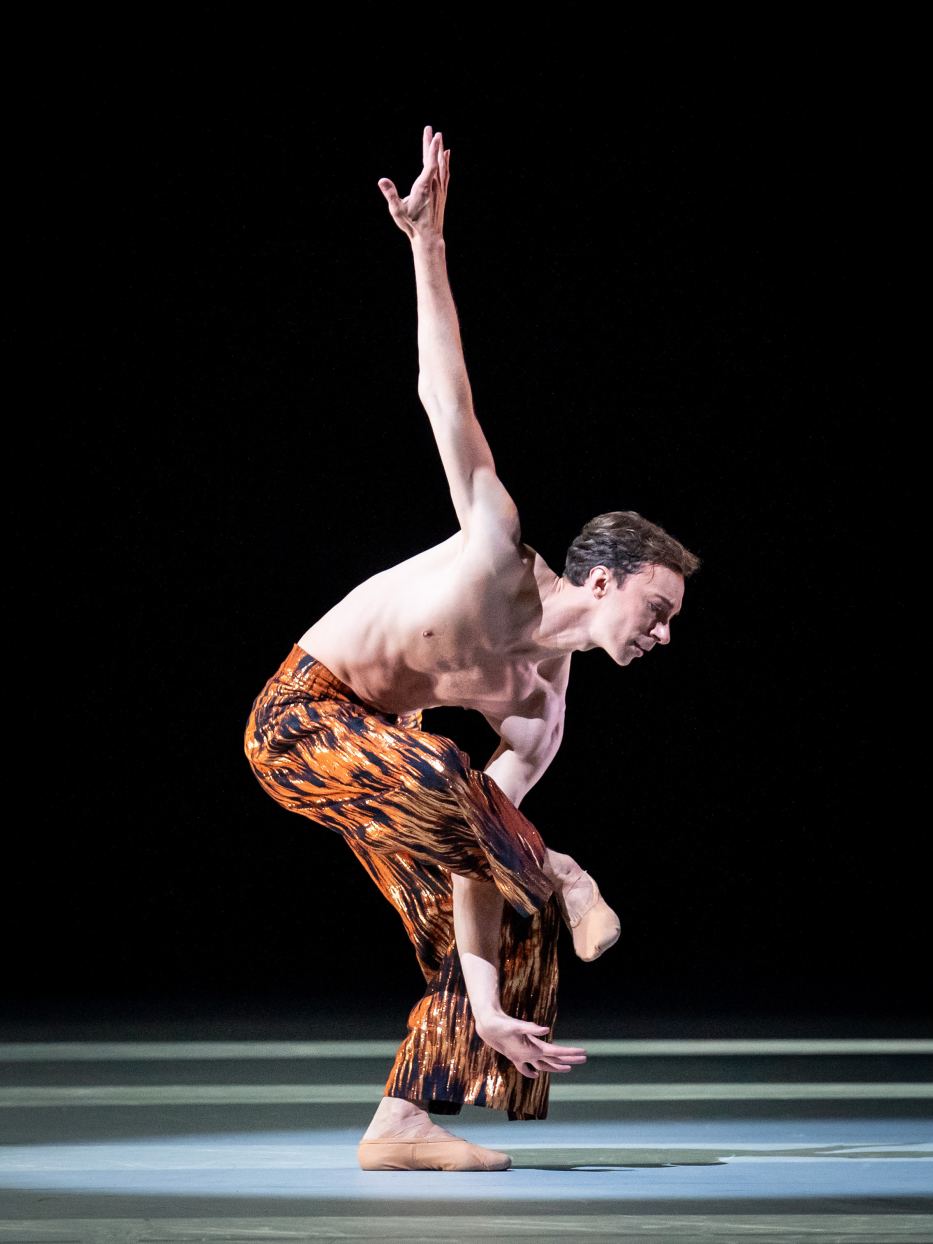 The finale has religious overtones, praising the opening of “heaven’s portals”, “infinite blessedness” that “rewards the righteous” and, guided by the hand of God, the entrance into “the kingdom of thy glory”. The performance requires a (mostly four-part) choir, three soloists – Hanne (soprano), Simon (bass), and Lukas (tenor) – and a large orchestra – which were all on-hand in first-class quality in Vienna. Playing under the baton of Adam Fischer, the Vienna State Orchestra and the Arnold Schoenberg Choir gave a fine 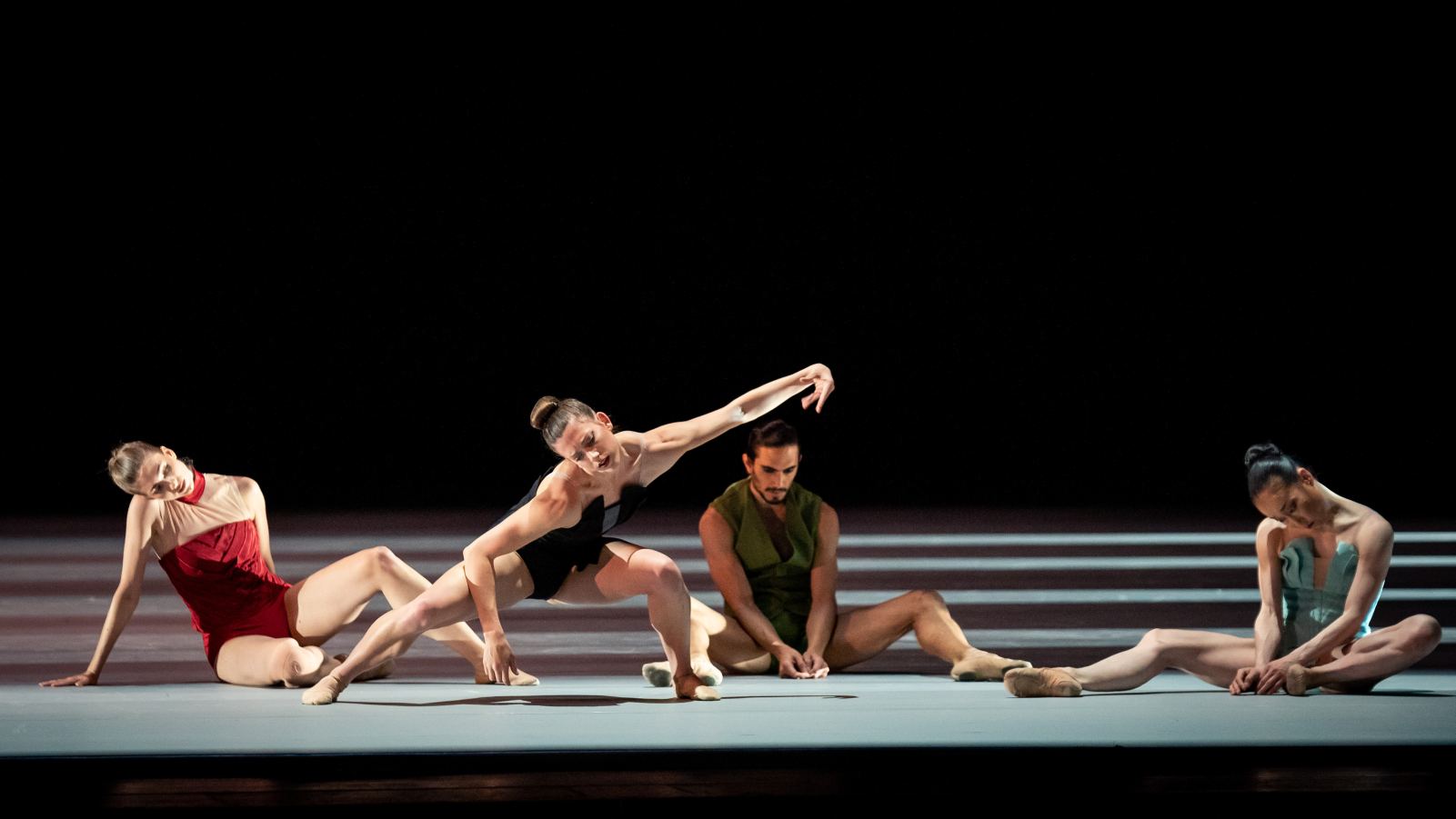 Schläpfer allocated the seasons to two acts of different length: three-quarters of the year – spring, summer, and fall – are comprised in the first 100 minutes-or-so; the much shorter second act is reserved for the winter. A foil mirror, peeking through changeable jagged sections of a black backdrop serves as all-year set. It reflects blurred silhouettes of the dancers. 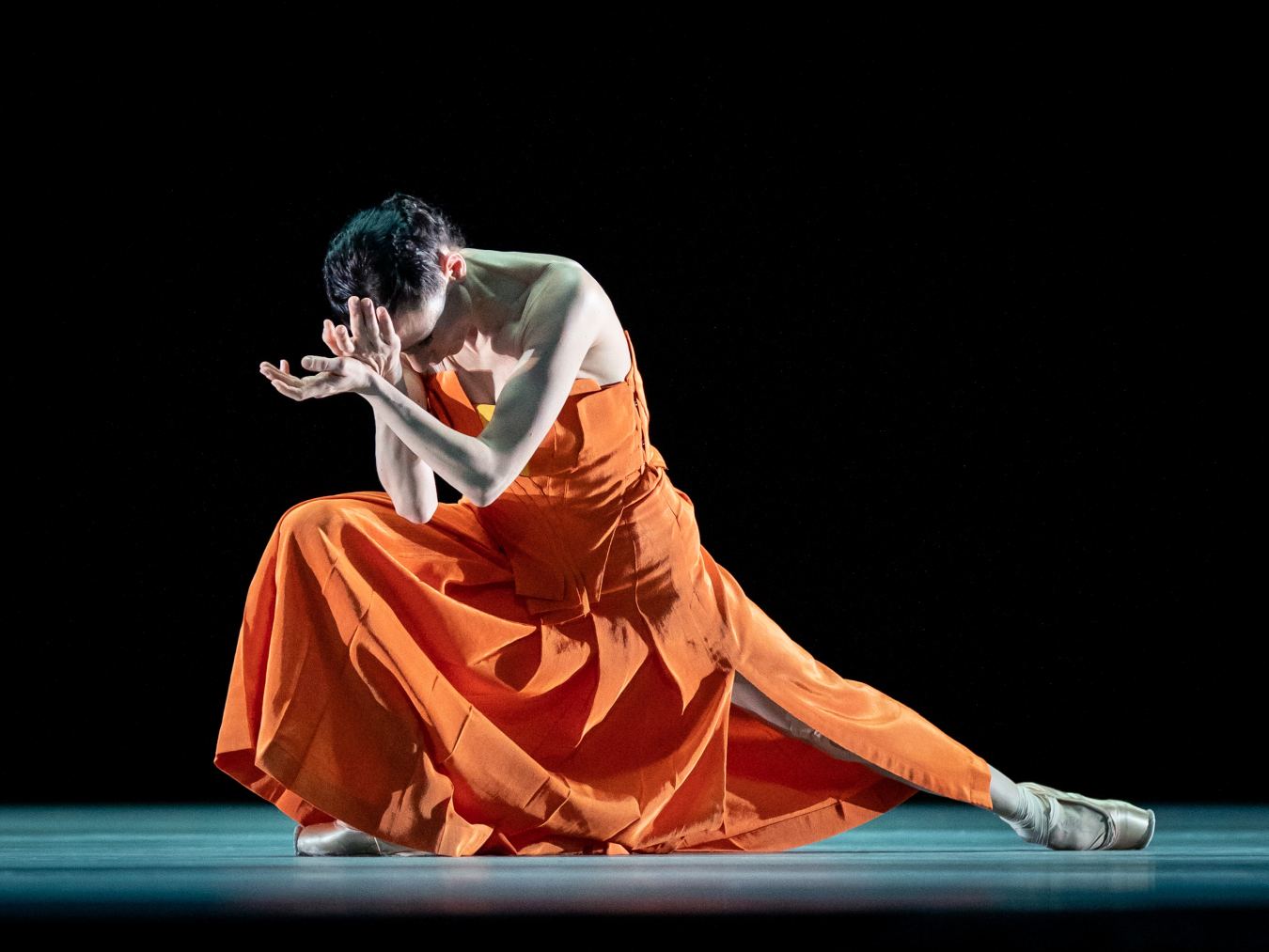 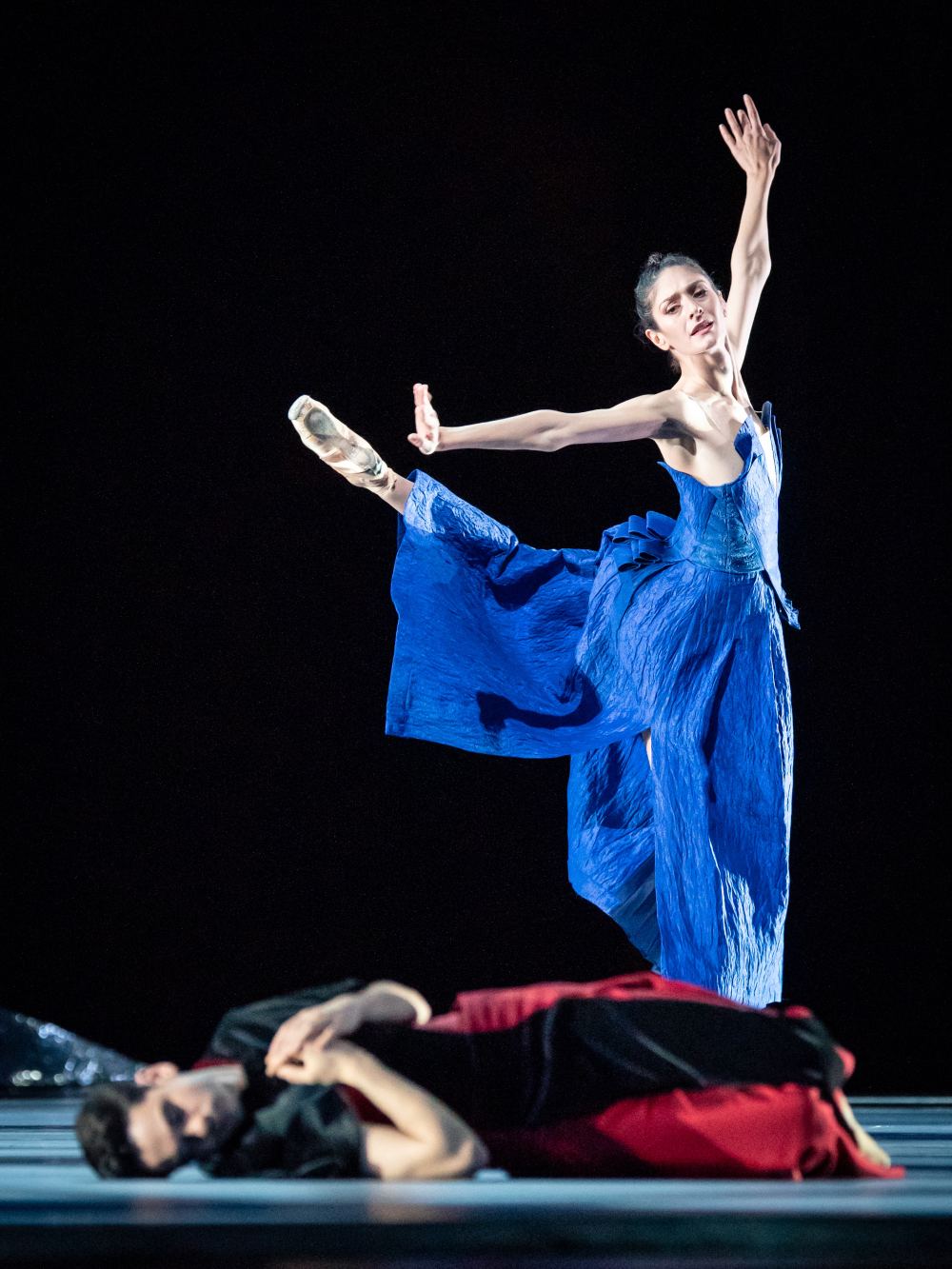 At times, huge gauze curtains billow in front of them. According to the program booklet, the Swedish set designer Mylla Ek took inspiration from the inside of a conch shell. She also created the – mostly monochrome – costumes: straight cut pants, boxy tops, sparkling or velvety corsages, pleated underskirts, strapless dresses, clergy-like capes, and hats for the “town-bred beauties”.

Though the mindset behind Van Swieten’s language is hardly ours anymore, on a meta level his lyrics touch topics still relevant today, Schläpfer explained in an accompanying video. He was interested in Haydn’s “Seasons” since his first steps as a choreographer in the early 1990s. Swieten’s text gave me dance pictures, he said.
In 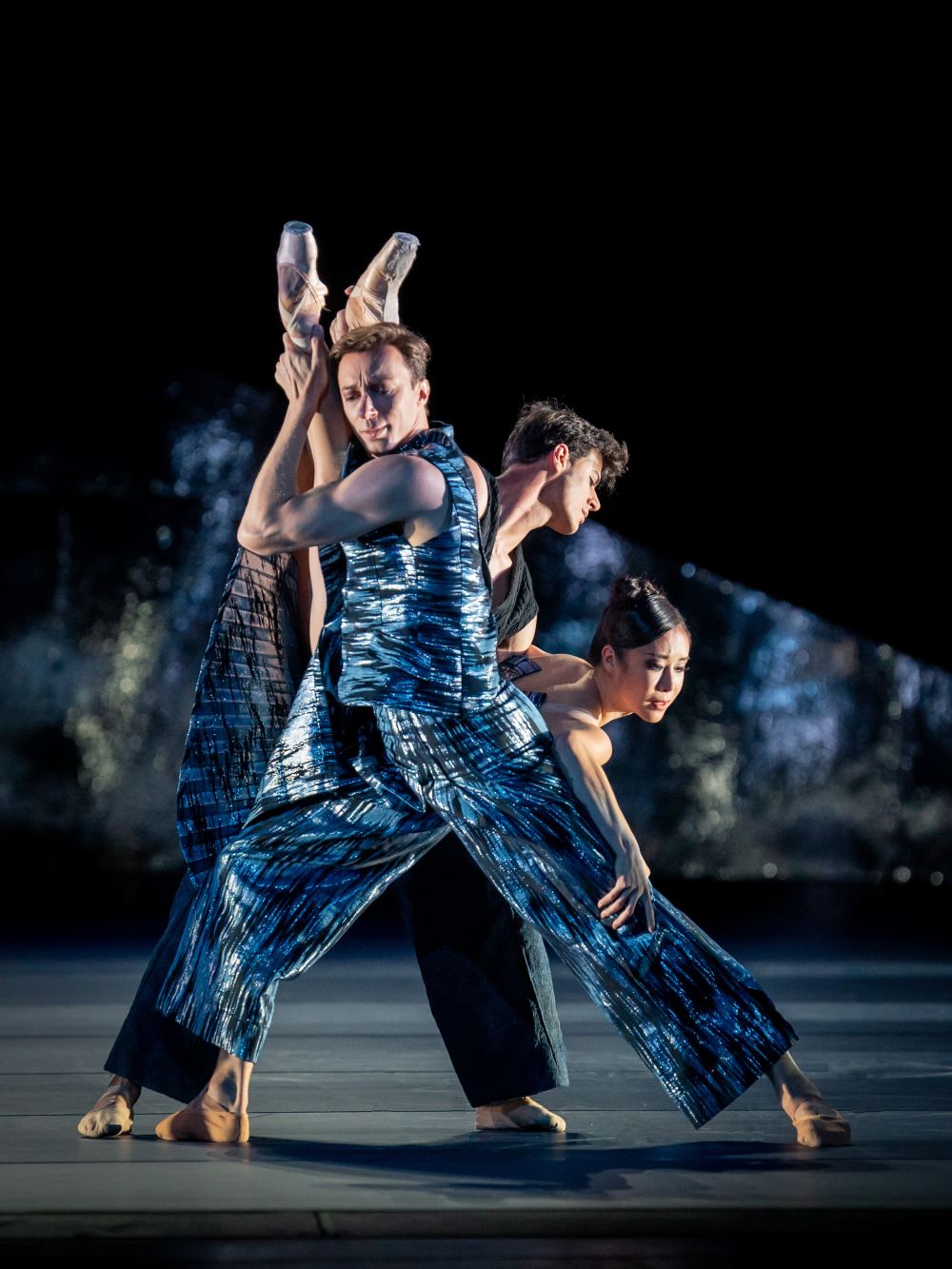 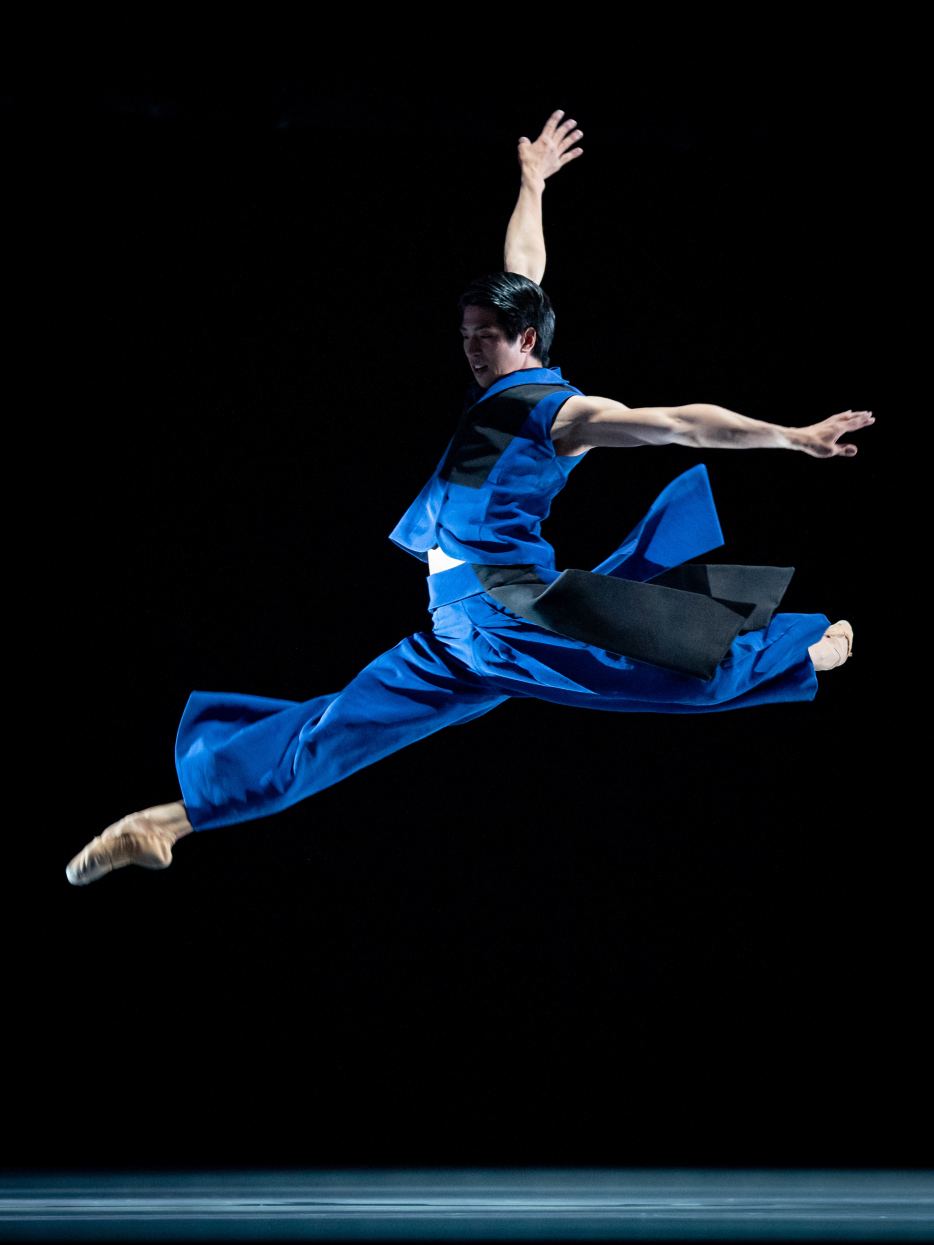 translating them into choreography, Schläpfer illustrates, interprets, and at times counters the words. In “fair spring”, for example, the women hop joyfully over the men, lying on their backs on the floor, like children playing hopscotch. When “the merry shepherd gathers his happy flocks around him”, a group of dancers slowly proceeds from the right towards the left wing, their eyes staring into the distance as if irresistibly attracted by “the lush grazings in the verdant hills”. As “the midday sun (…) blazes at full strength”, the dancers wipe imaginary sweat from their foreheads, fanning themselves with fluttering palms. The moment, Lovell sings of the “heat’s ferocity”, the furious fist of Marcos Menha hammers the ground. Menha is the 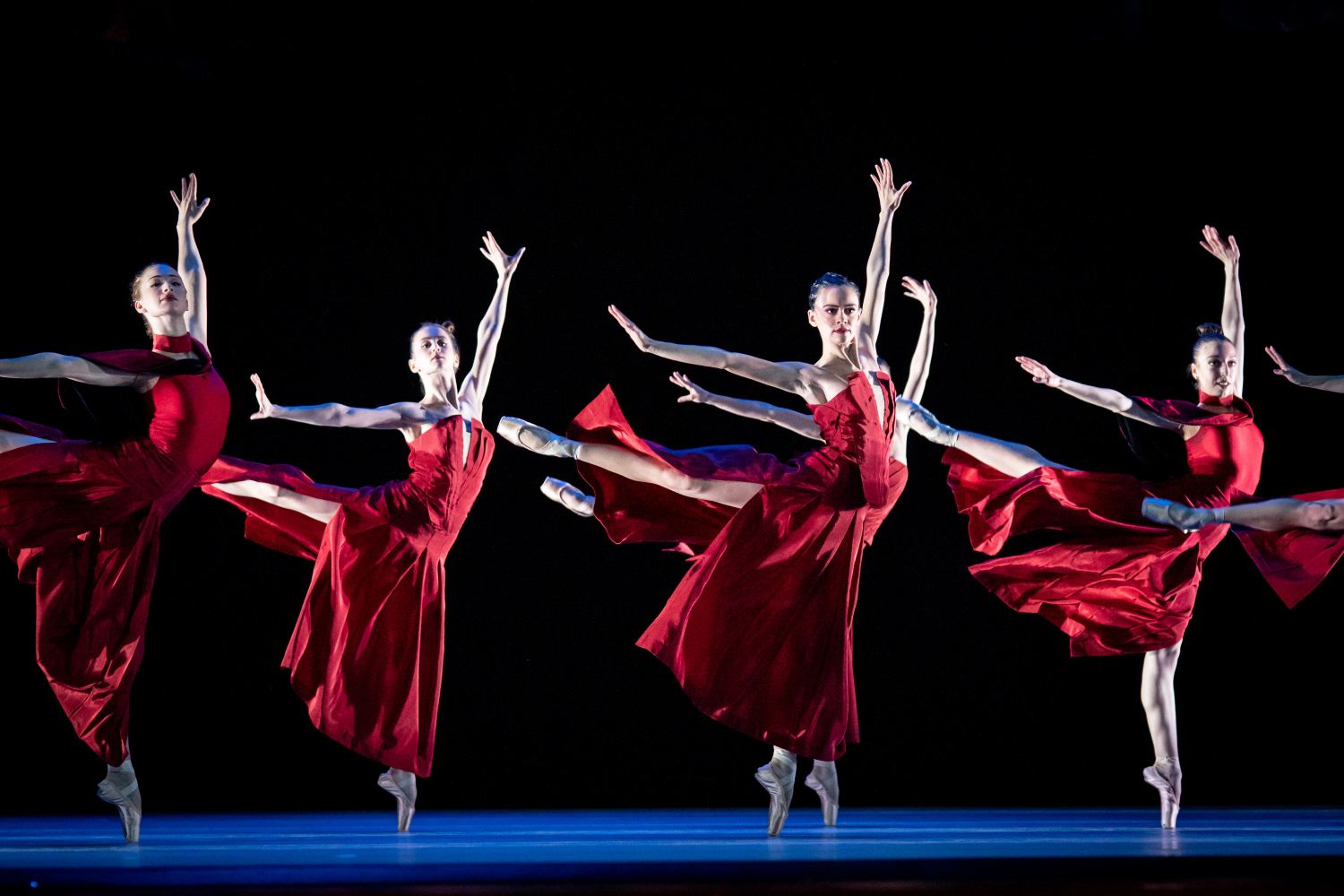 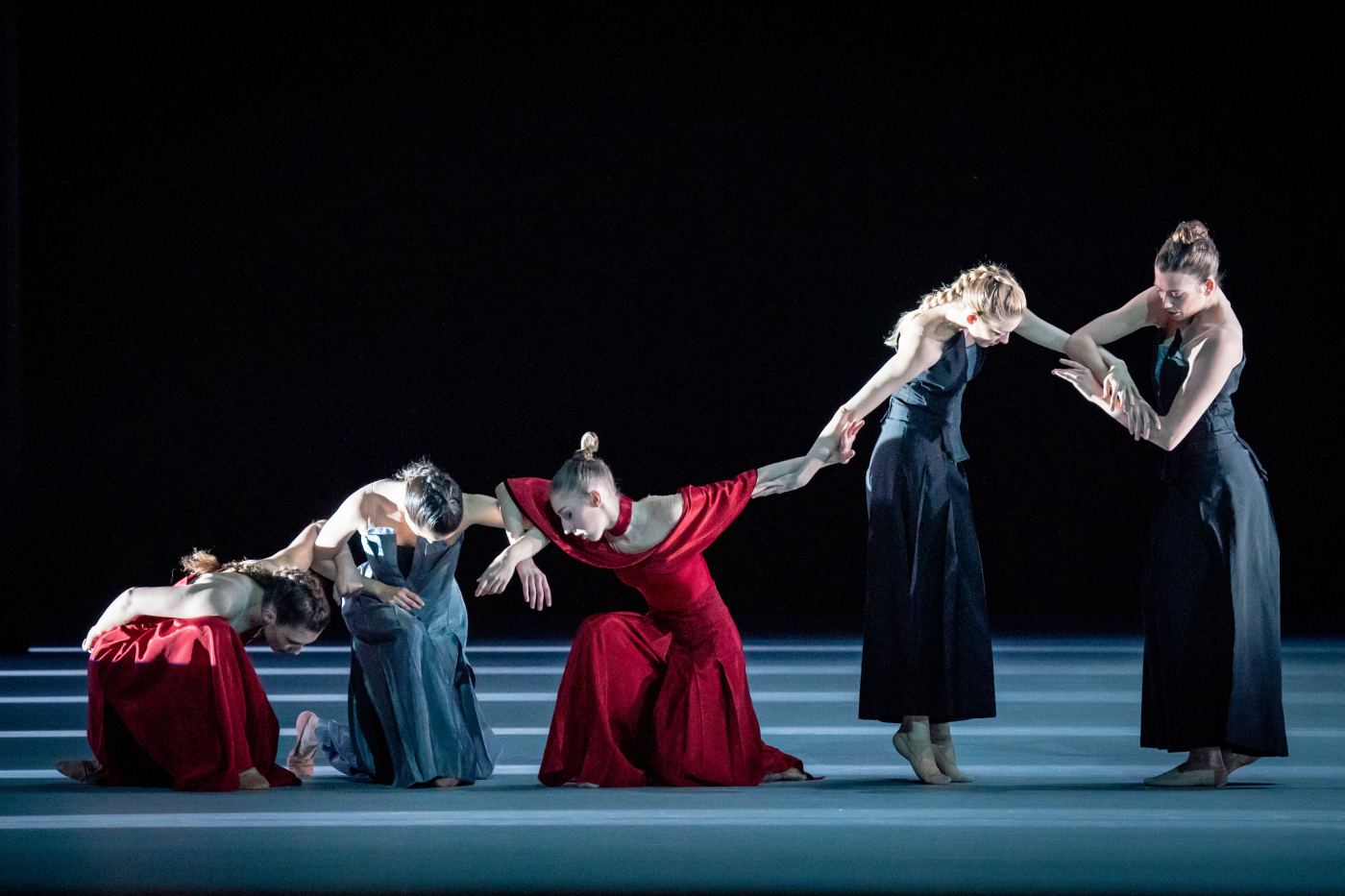 dancer equivalent to the singer Lukas; Davide Dato depicts Simon, and Hyo-Jung Kang represents Hanne, though neither of them is onstage in all songs attributed to them.
Schläpfer counters Lukas’s gushing praise on Hanne (“her heart speaks through her lips when she swears she loves me”) with a gay couple, and the romance between a nobleman and a maid with an all-male pas de quattre. 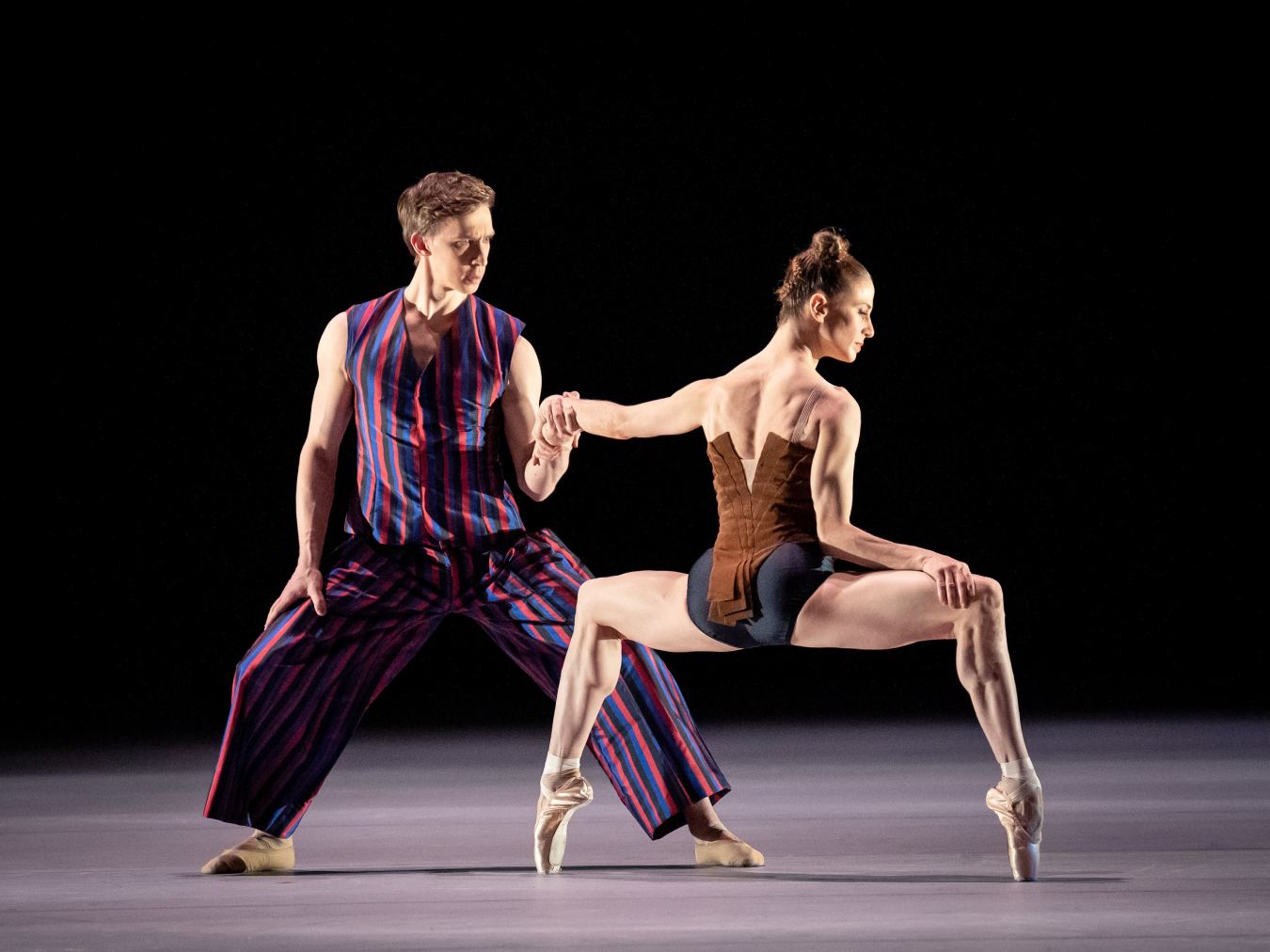 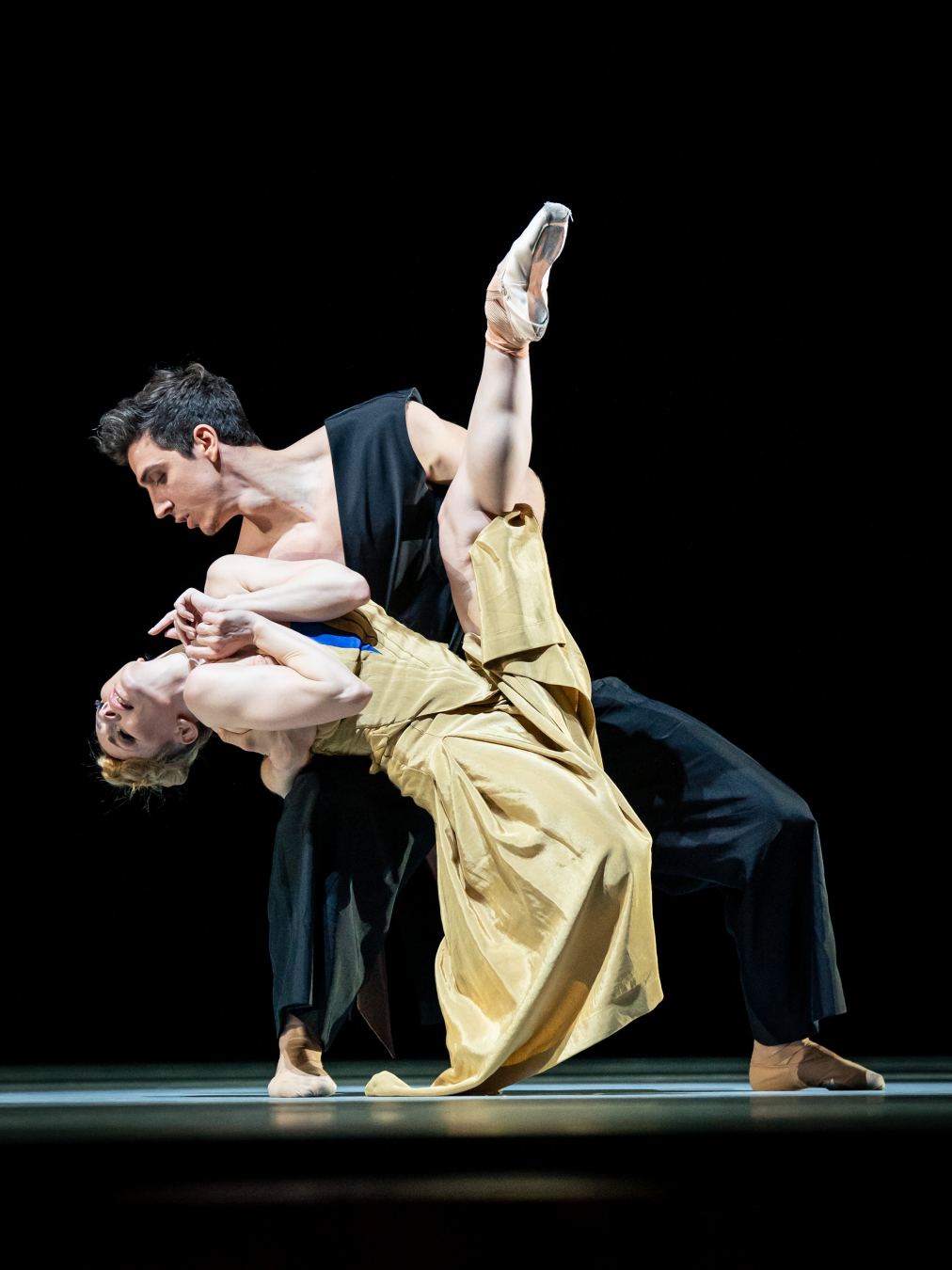 The pace of the sequences is perfectly in tune with the nature of the songs, spanning from potent calmness to buoyant vigor. Despite Schläpfer seemingly running out of ideas in the second act, there is little to find fault in. Except perhaps for the mime scenes, in which the dancers, facing the audience, translate verses one-to-one into pantomime like interpreters of sign language on TV. Over time, their affected gesticulations started to look ridiculous. However, Yuko Kato’s witty solo is an exception.

References to religion are scarce, such as the dancer depicting a grateful laborer, lying prone and raising his hands in prayer, 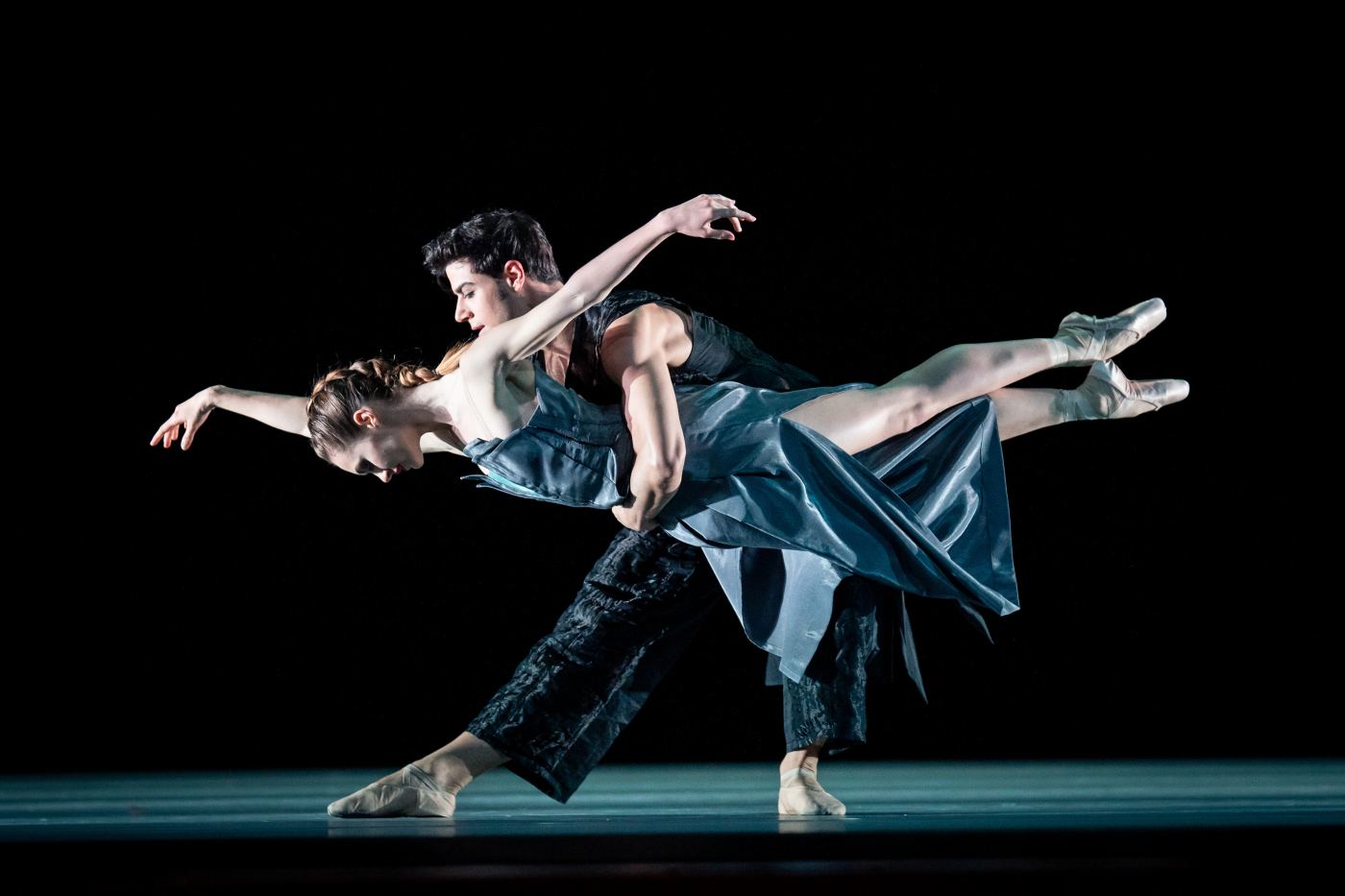 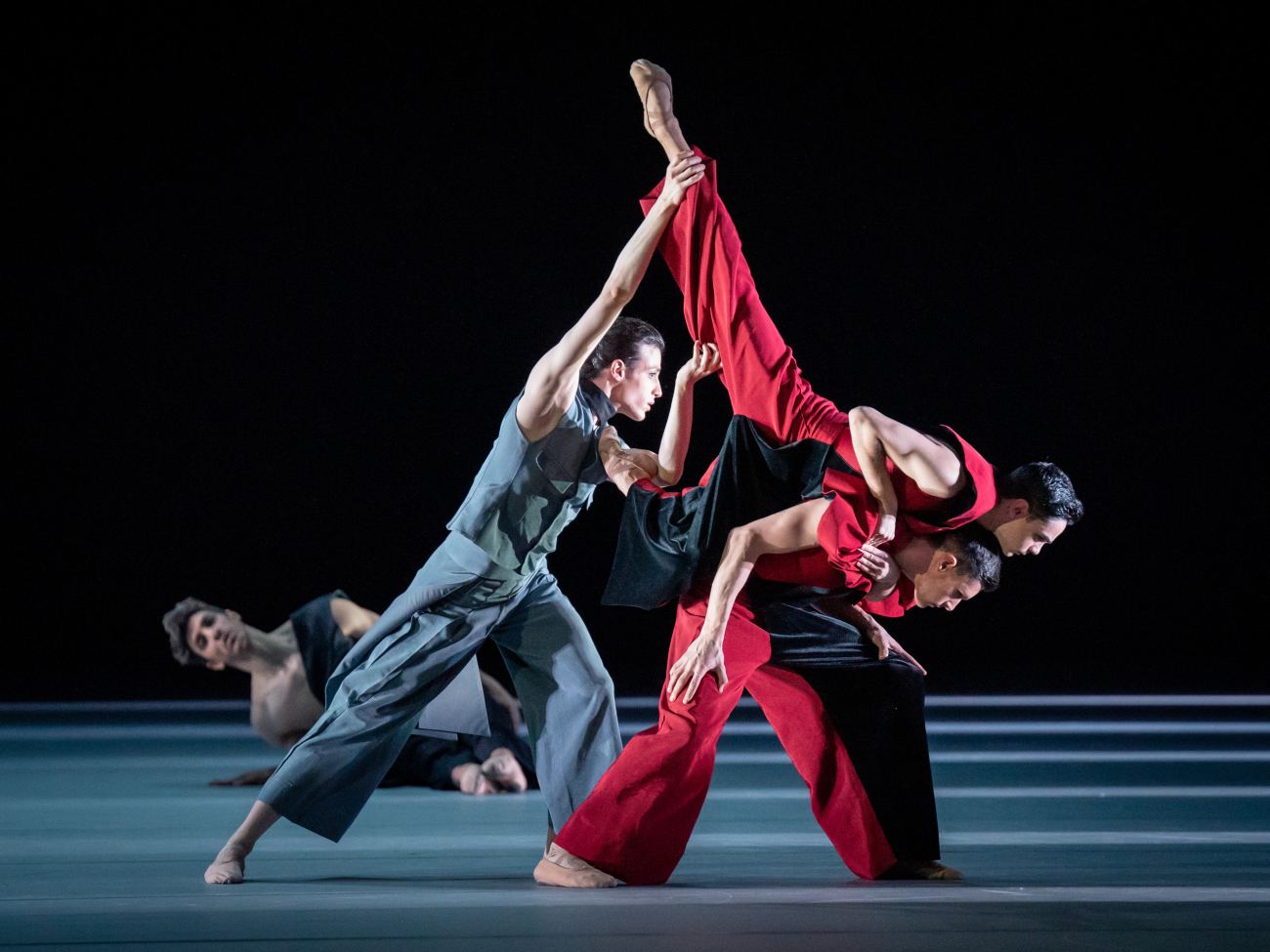 or a solemn procession towards the gates of heaven in the finale. The scintillating human figurine, a hunt down stag – vividly danced by Adi Hanan – holds out towards its chasers like an icon might belong to a natural religion. In any case its power brought the hunters down and saved the deer.

To me it seemed as if Schläpfer, having worked around “The Seasons” for more than twenty-five years, finally came into his own in this premiere. His style fits Haydn’s oratorio like a glove. 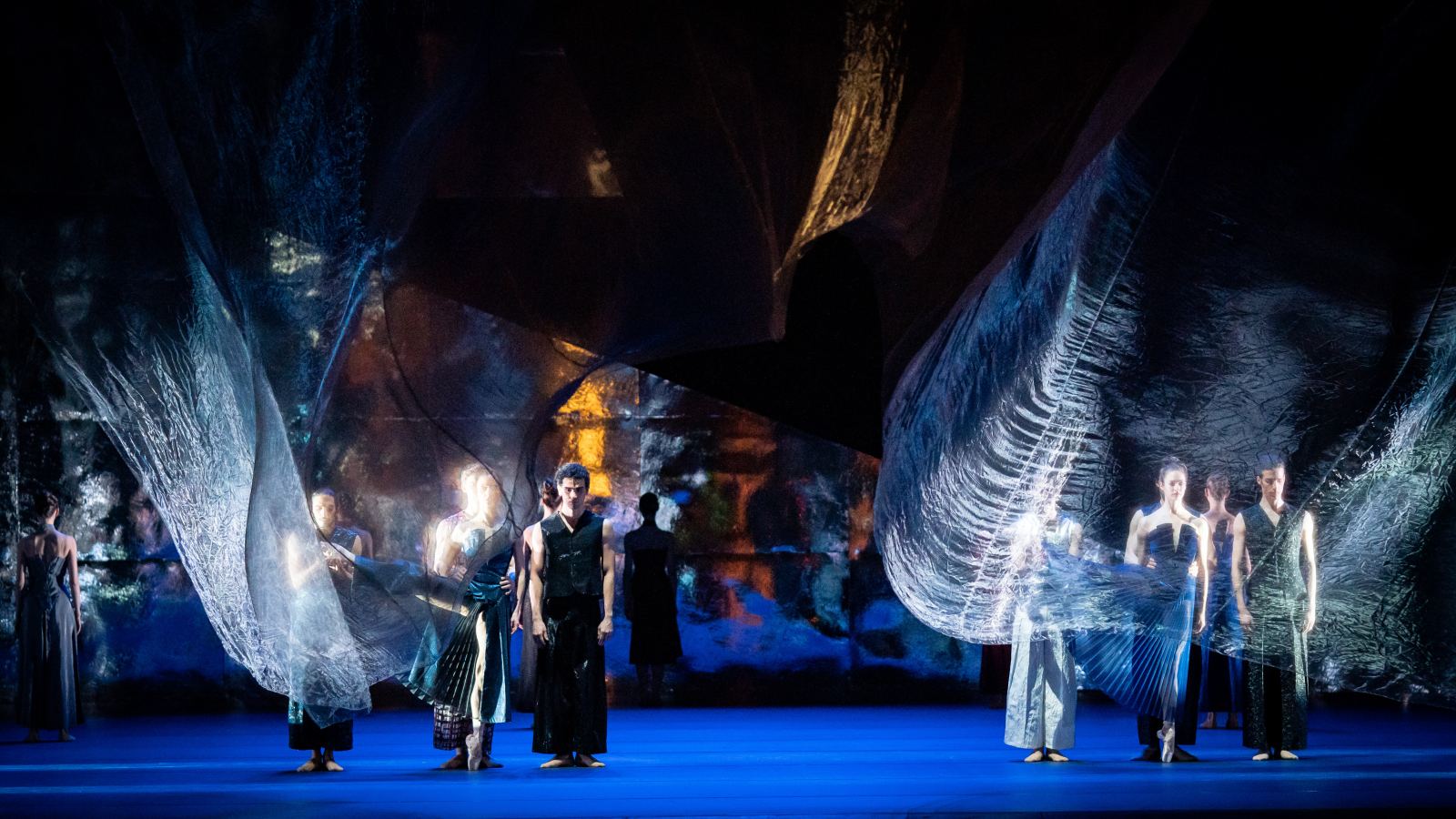