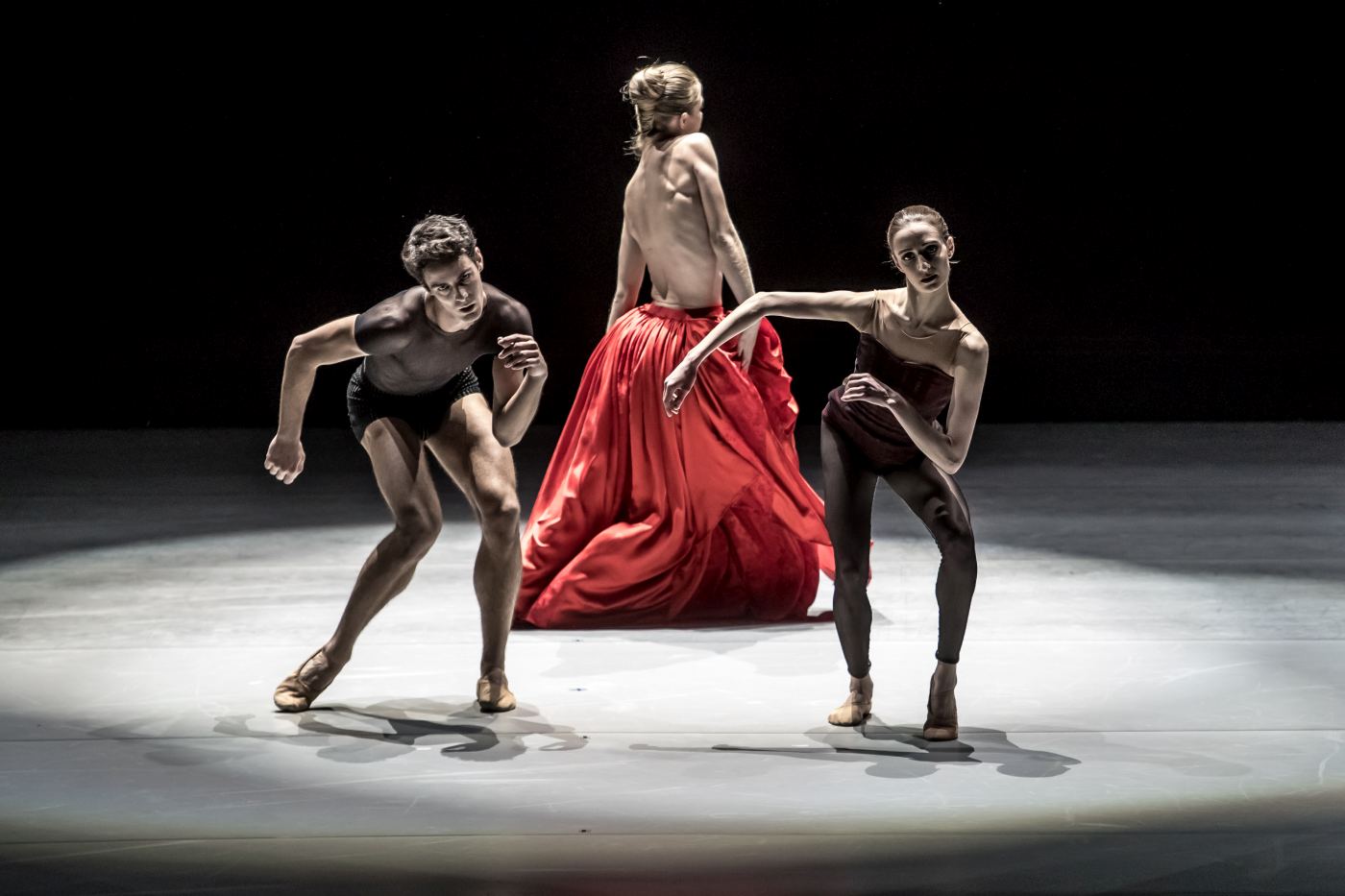 Theaters in the crisis-ridden EU face difficult times as soaring maintenance costs join the ever-present fear of declining ticket sales. Last Saturday, though, matters seemed to be in order at Prague’s National Theatre. Despite the approximately 70.000 protesters who hit the streets of Prague in the afternoon to demonstrate against skyrocketing energy prices and inflation, the evening performance of the all-Jiří Kylián bill “Bridges of Time” was well-attended – and well-received.

Typically, most theaters pick the same, better known titles from Kylián’s massive (over one-hundred-piece-strong) oeuvre. The Czech National Ballet’s artistic director Filip Barankiewicz did the same in 2018 when assembling a tribute program to the Czech-born Kylián on the centenary of the Czechoslovak Declaration of Independence. “Bridges of Time” originally contained “Bella Figura” (1995), “Petite Mort” 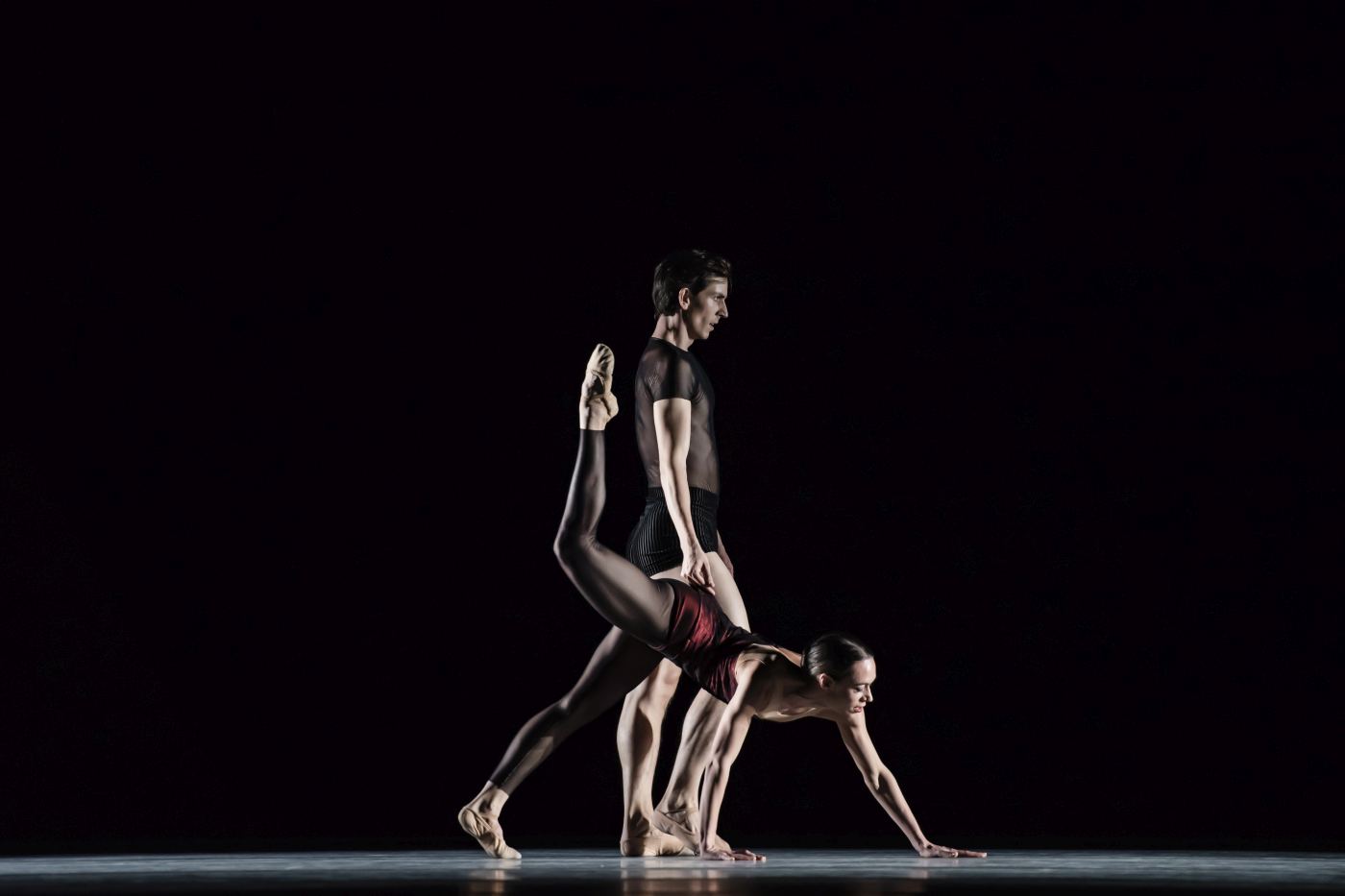 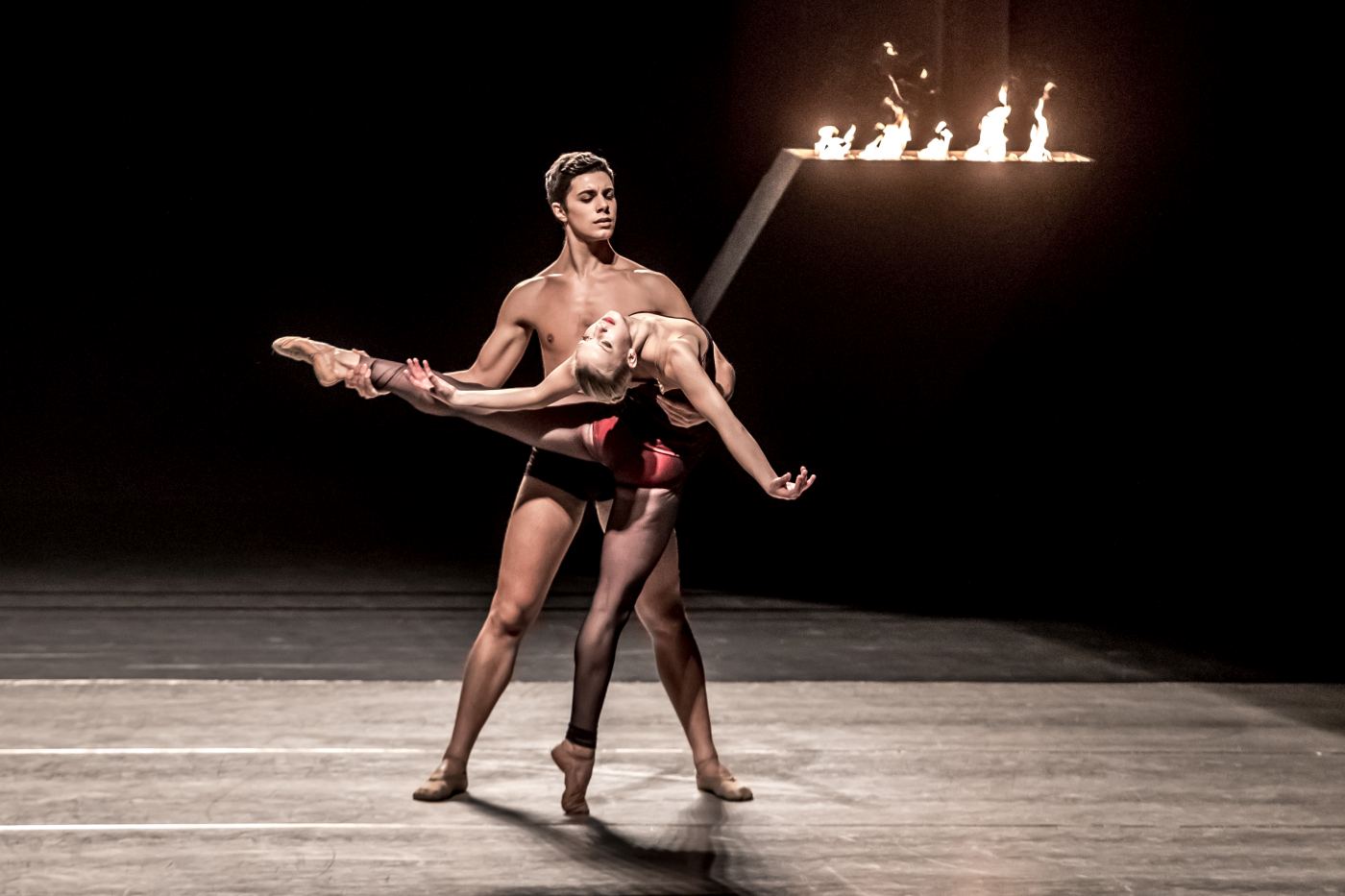 (1991), “Six Dances” (1986), and “Symphony of Psalms” (1978); the latter was replaced by “Gods and Dogs” (2008) in the 2019 season.
In quick summary: the company danced remarkably. “Bella Figura” had the right balance of self-assurance and shame; “Gods and Dogs” vibrated with the frenzy that seizes a human being as they slide into (and fight against) decay; a steely display of potency accompanied the sexual desire depicted in “Petite Mort”; and the coarse humor of “Six Dances” sent the audience home in a state of exhilaration. 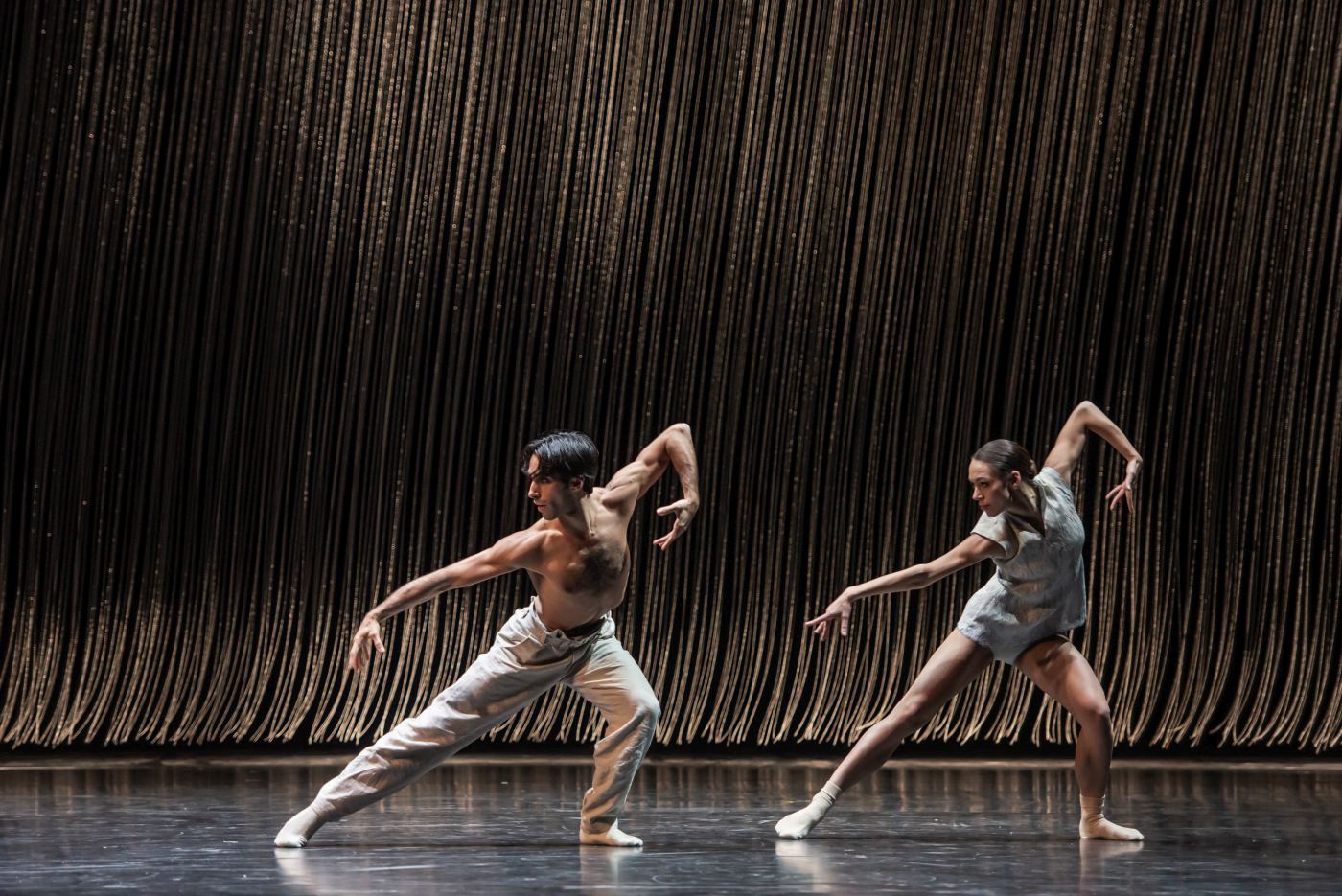 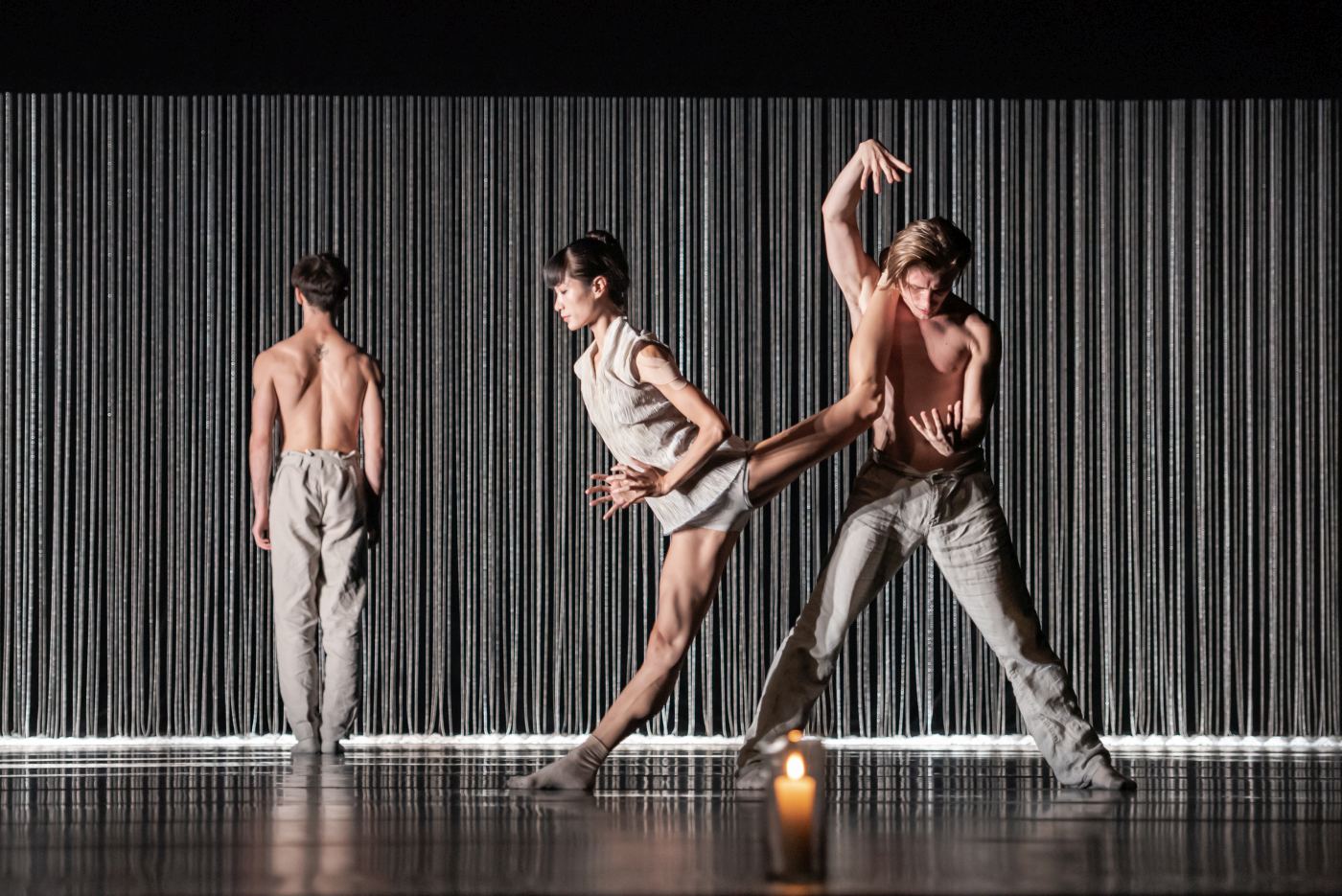 Despite the strong performances, I wasn’t particularly happy with the evening – not because of the performers, but because of Kylián. His pieces tend to look the same regardless of their wrapping – the costumes (mainly by Joke Visser) include scarlet skirts, harness-like shorts and 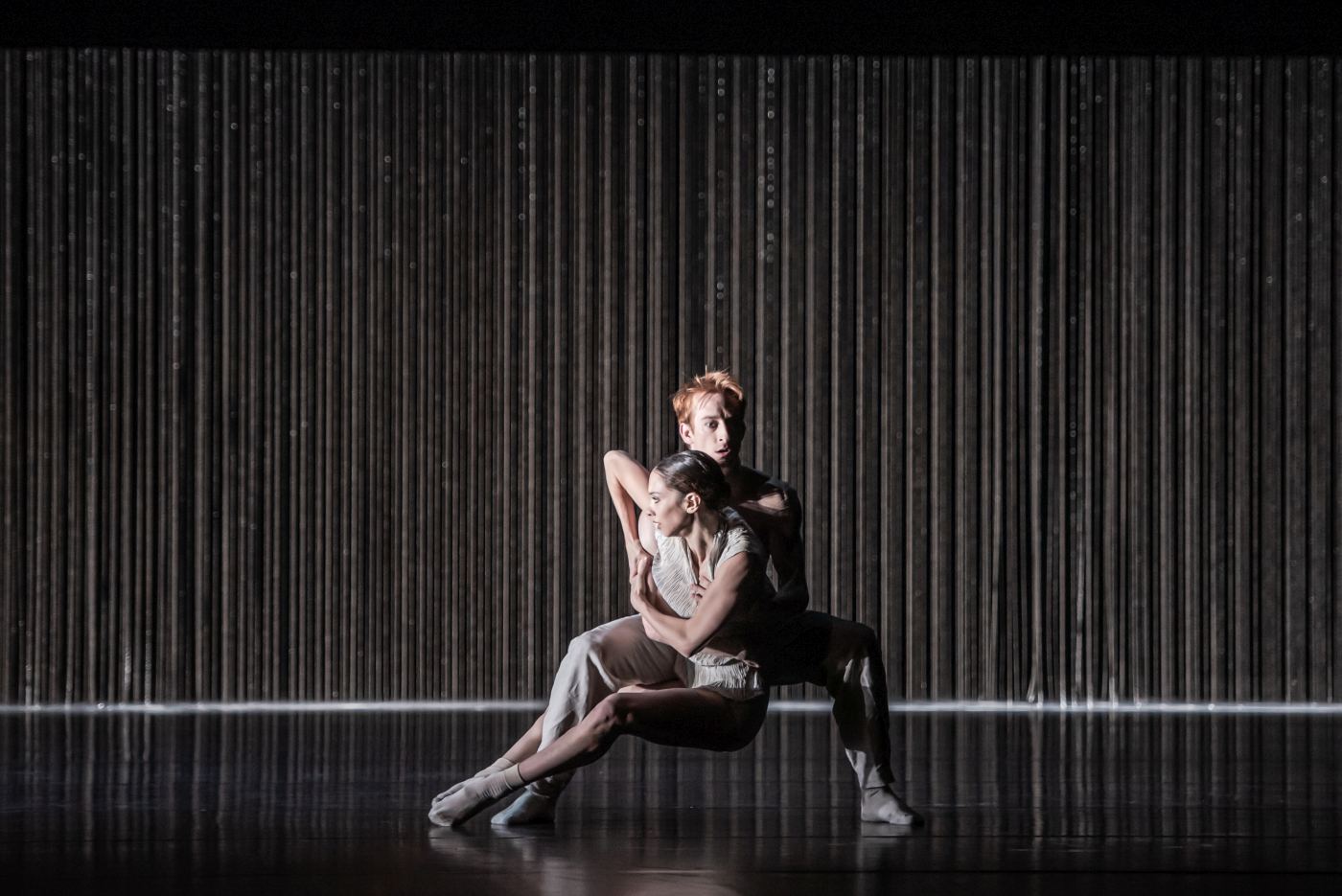 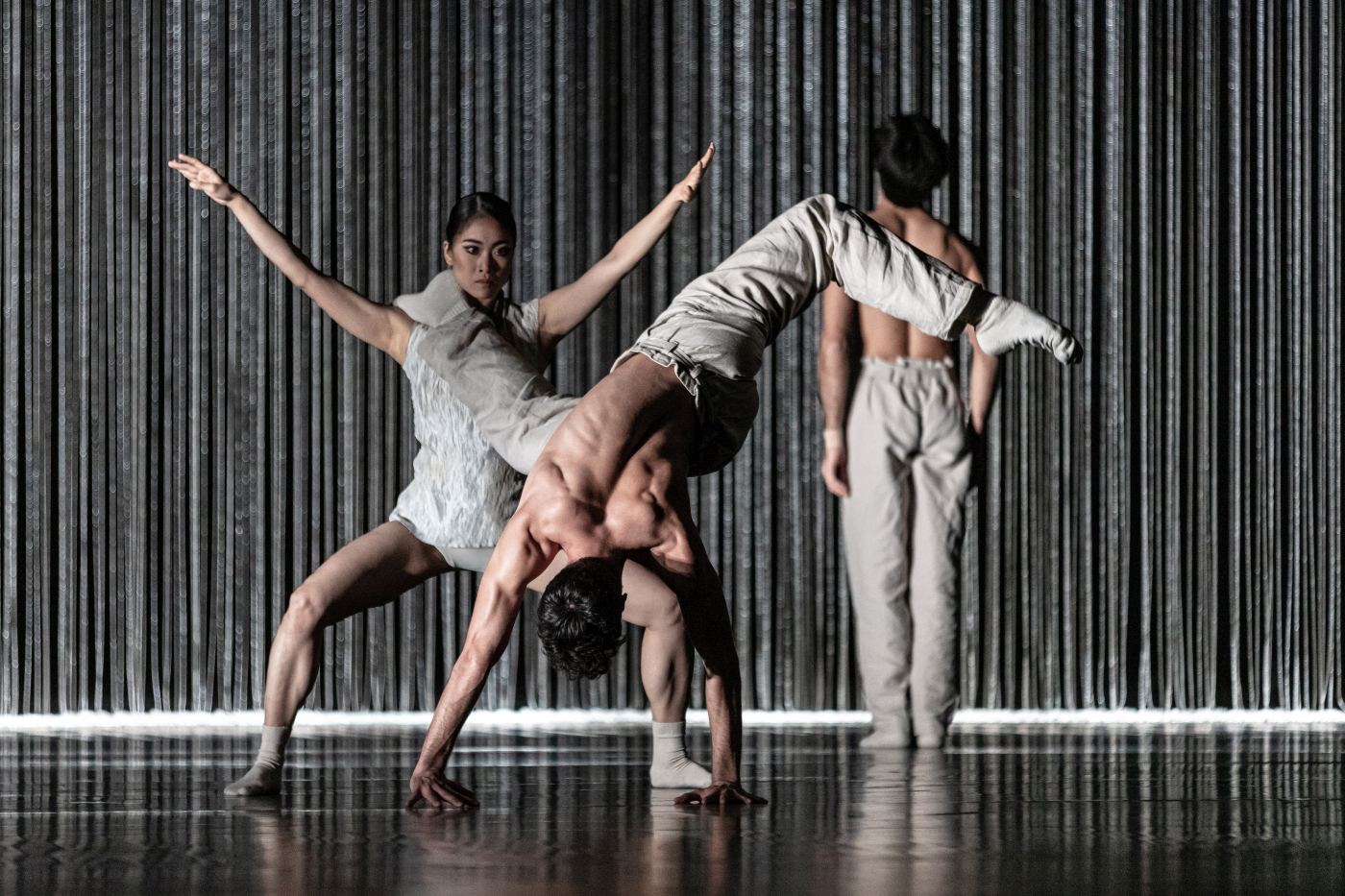 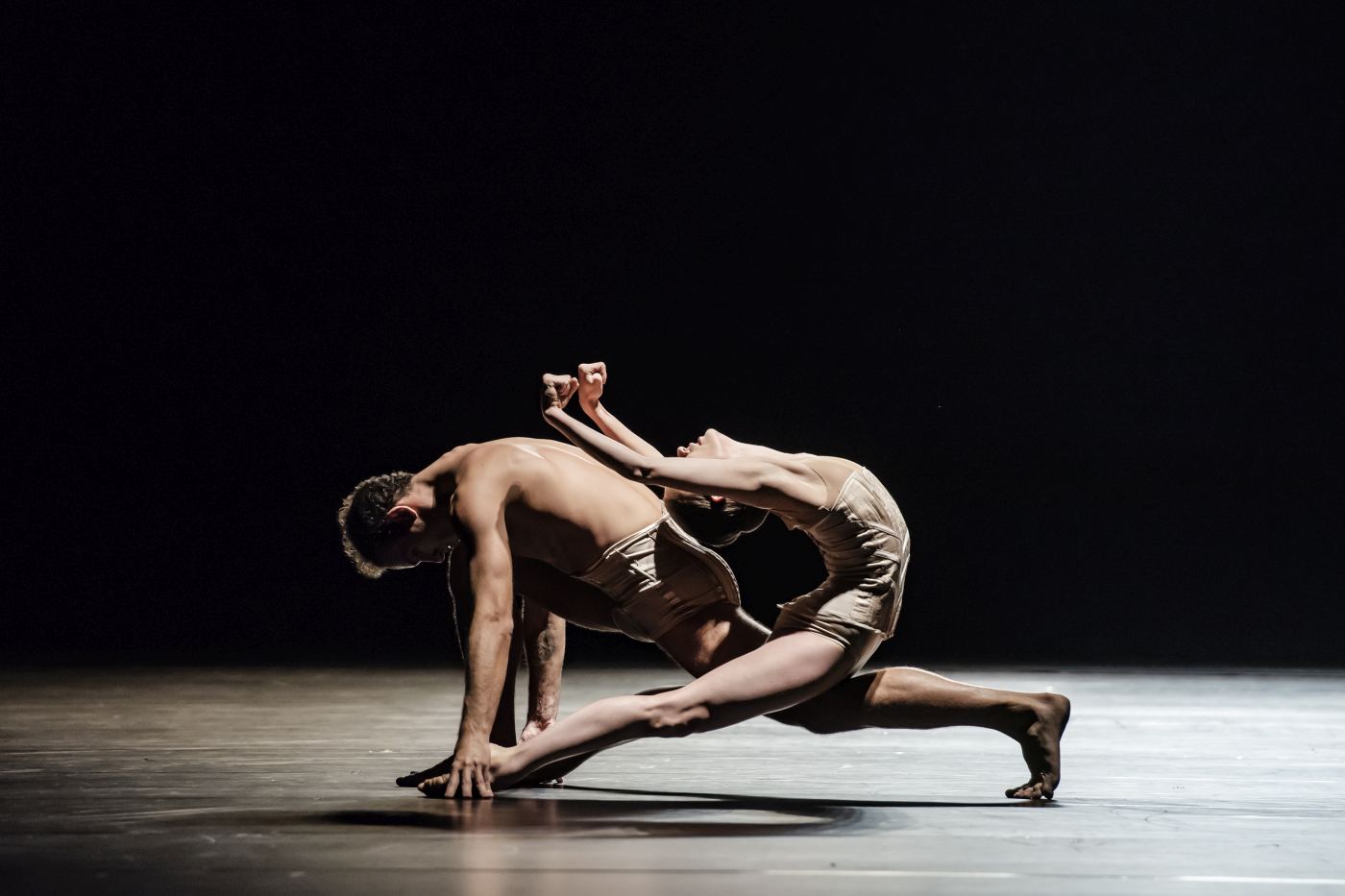 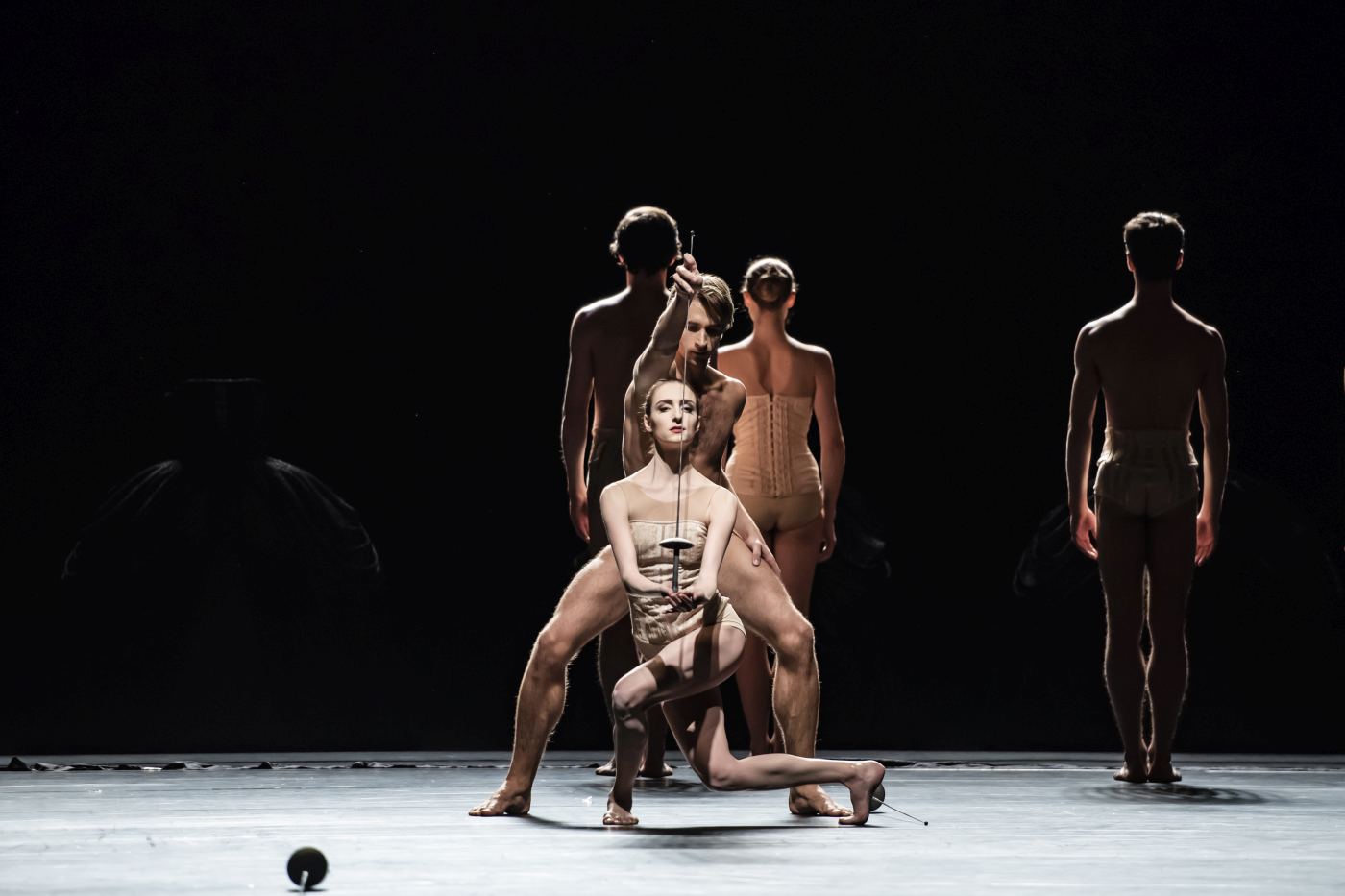 It’s not merely the choreography that concers me, though (Hans van Manen, for example, draws on a characteristic creative vocabulary as well, but his ballets can be consumed en masse without losing their crispness), as Kylián’s works suffer from other weaknesses. First – the usage of silence. Dance without music can be a powerful tool and should be used sparingly. In “Bridges of Time” the music stopped twice – for the final pas de deux of both “Bella Figura” and “Petite Mort” – and in both cases the choreography 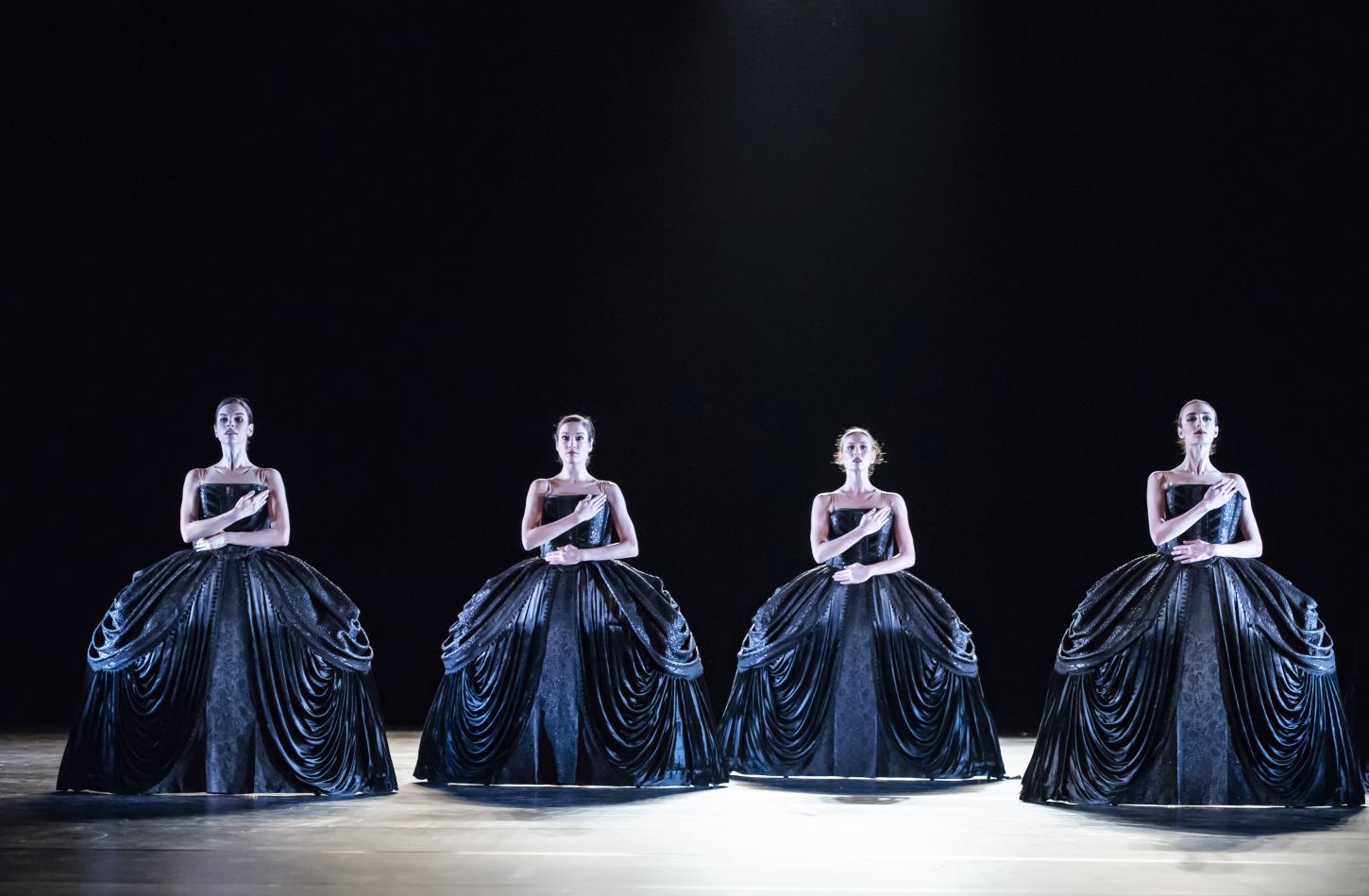 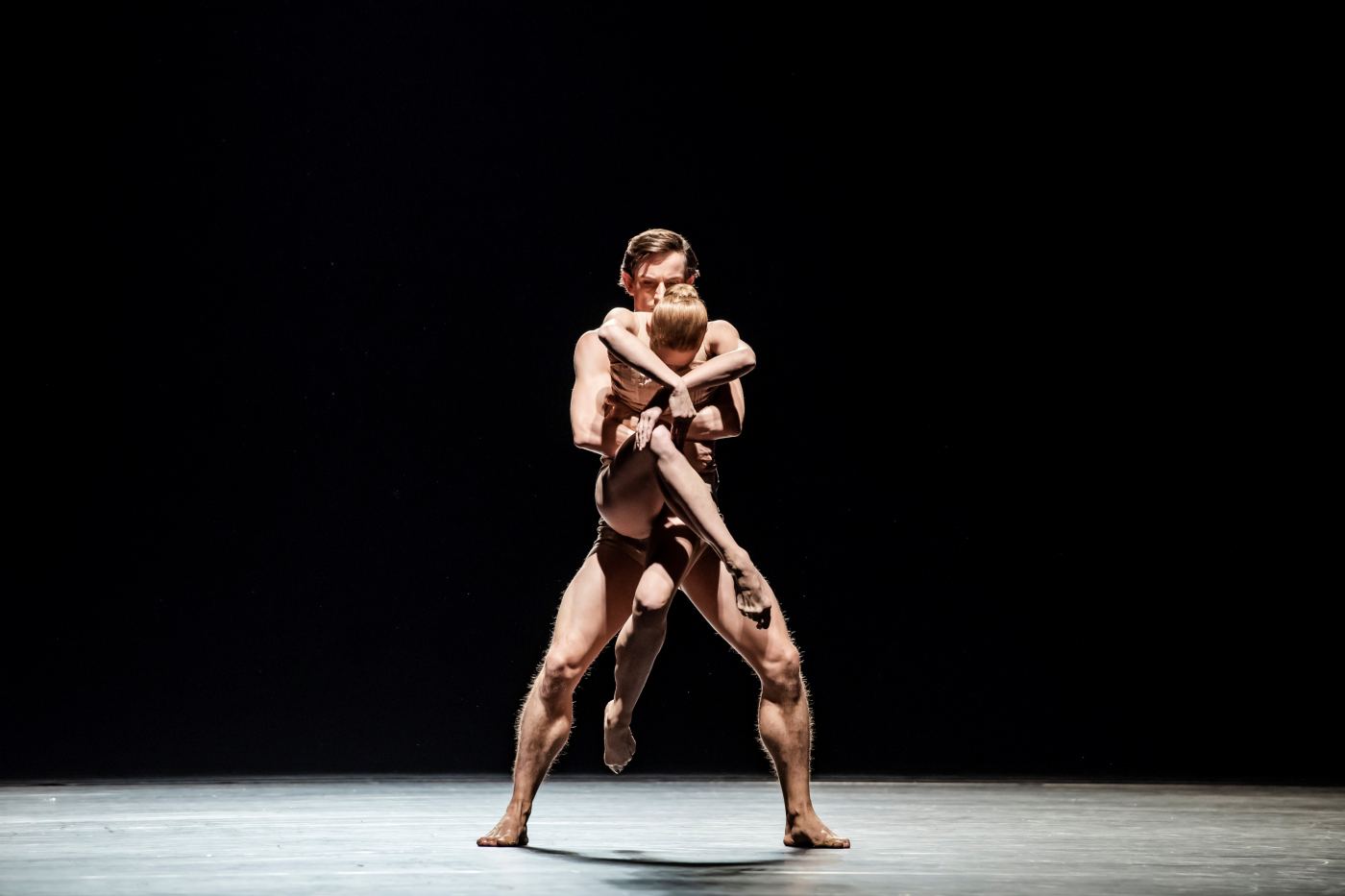 Another issue is Kylián’s handling of eroticism. Take, for example, the two bare-chested women in “Bella Figura” kneeling face-to-face, their longing hands trying to touch the other’s breasts before they slip out of their skirts. Pergolesi’s “Stabat mater” accompanies them. In the background, flames flare in two bowls. What else is this other than a tacky scene of soft-porn displayed under a veneer of piety? Moreover, I don’t 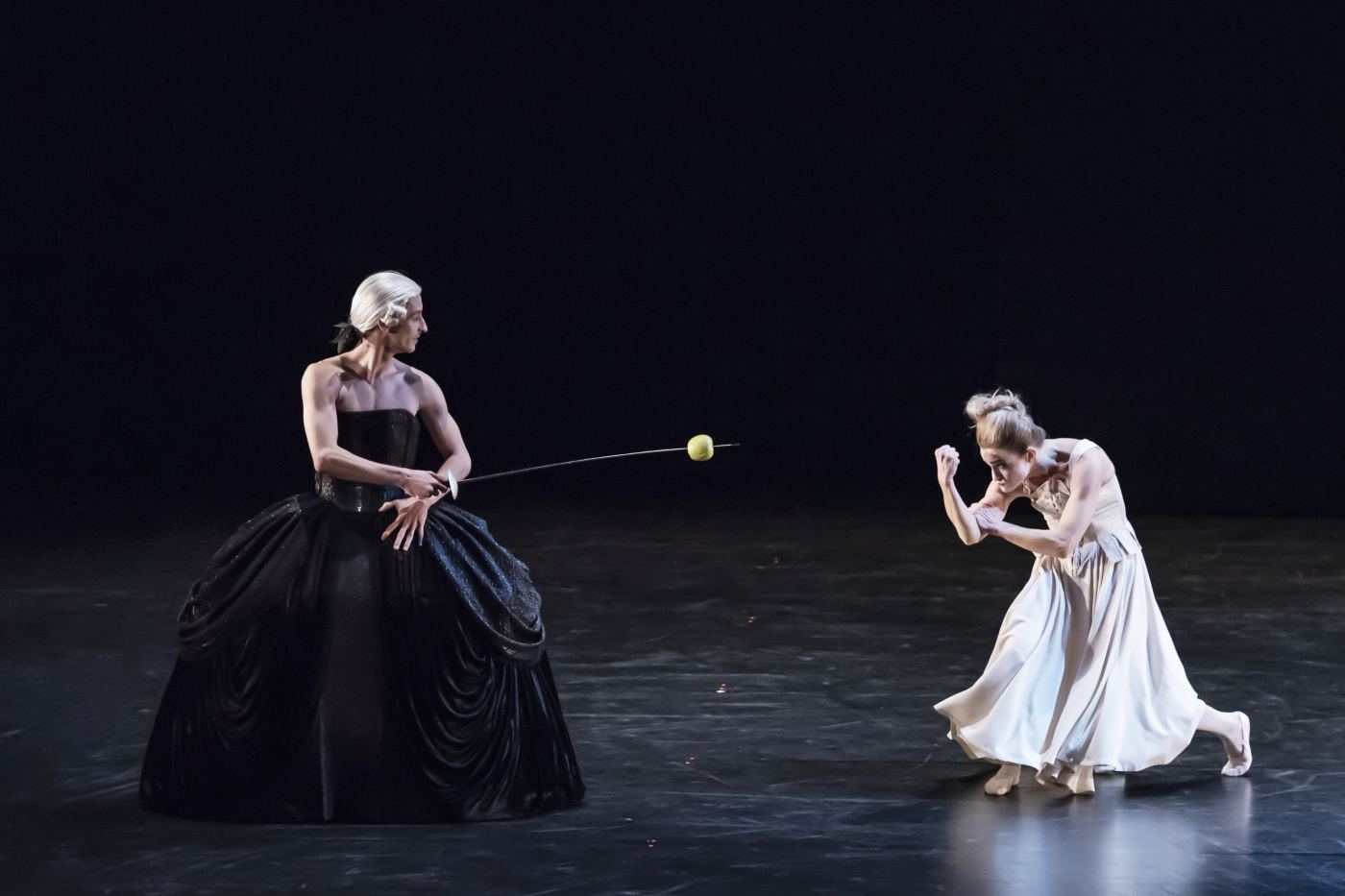 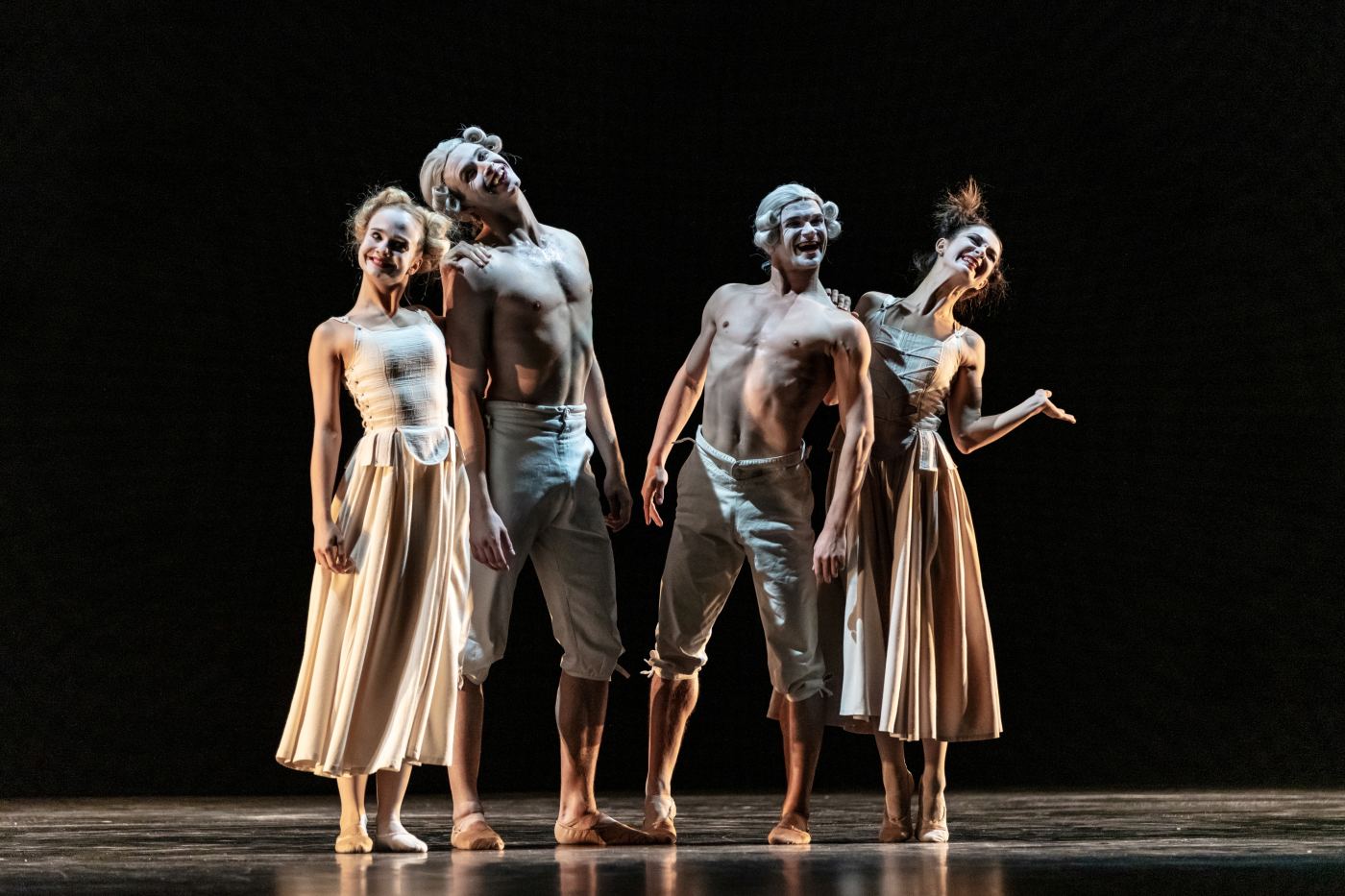 believe that it was necessary to send the ballerinas bare-chested onto the stage. Skin-colored bandeau-bras would not subvert the artistic intention (as it’s not about voyeurism). The close connection established between male dominance, threatening weapons, and sex in “Petite Mort” also seems questionable to me.
The eroticism in “Six Dances” is rather vulgar, matching the ballet’s thigh-slapping humor. Set to music by Mozart, the piece is funny on first viewing. I viewed it for a second time after seeing the similarly spirited “Birth-Day” and found the jokes worn-out. 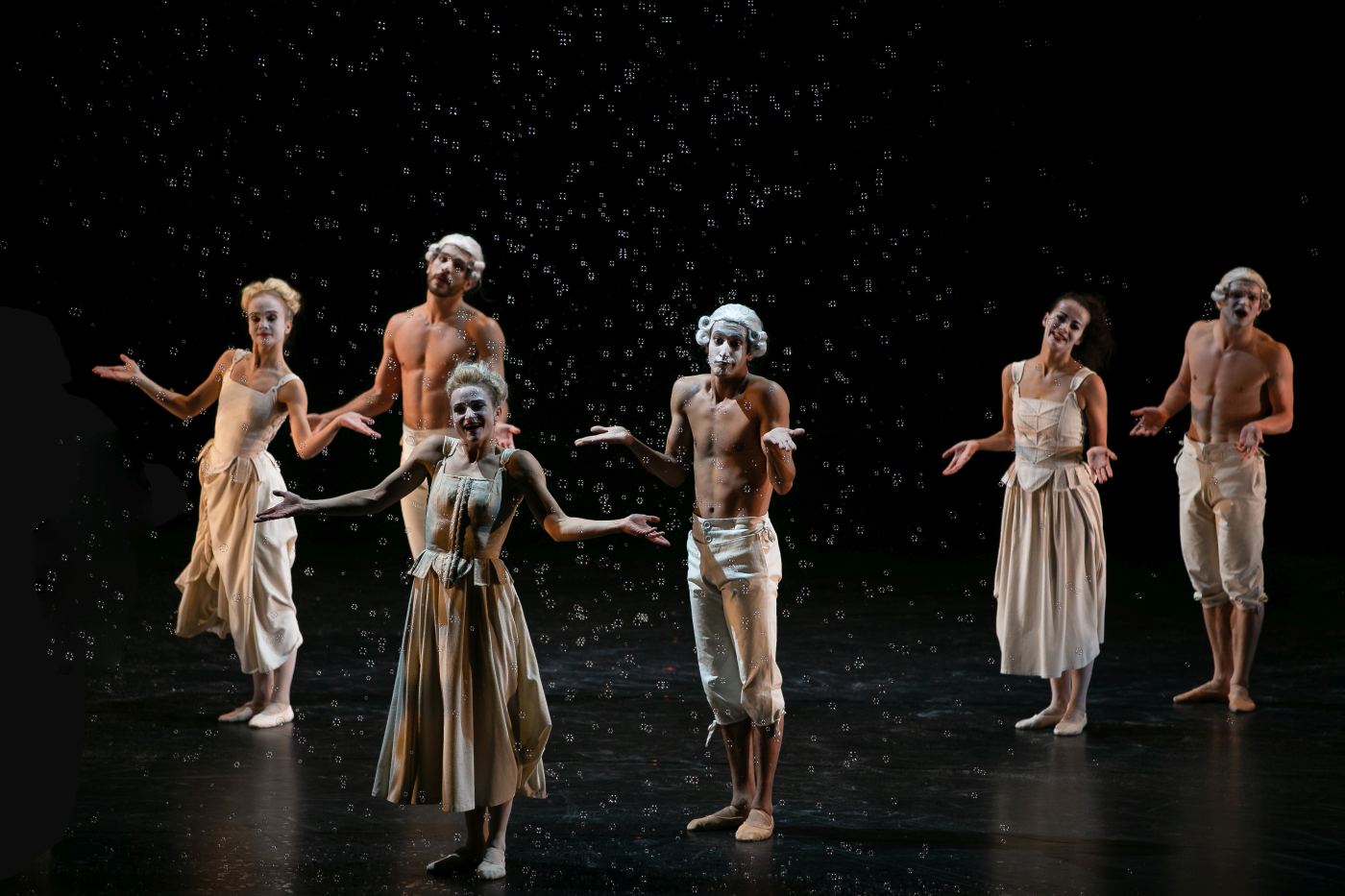