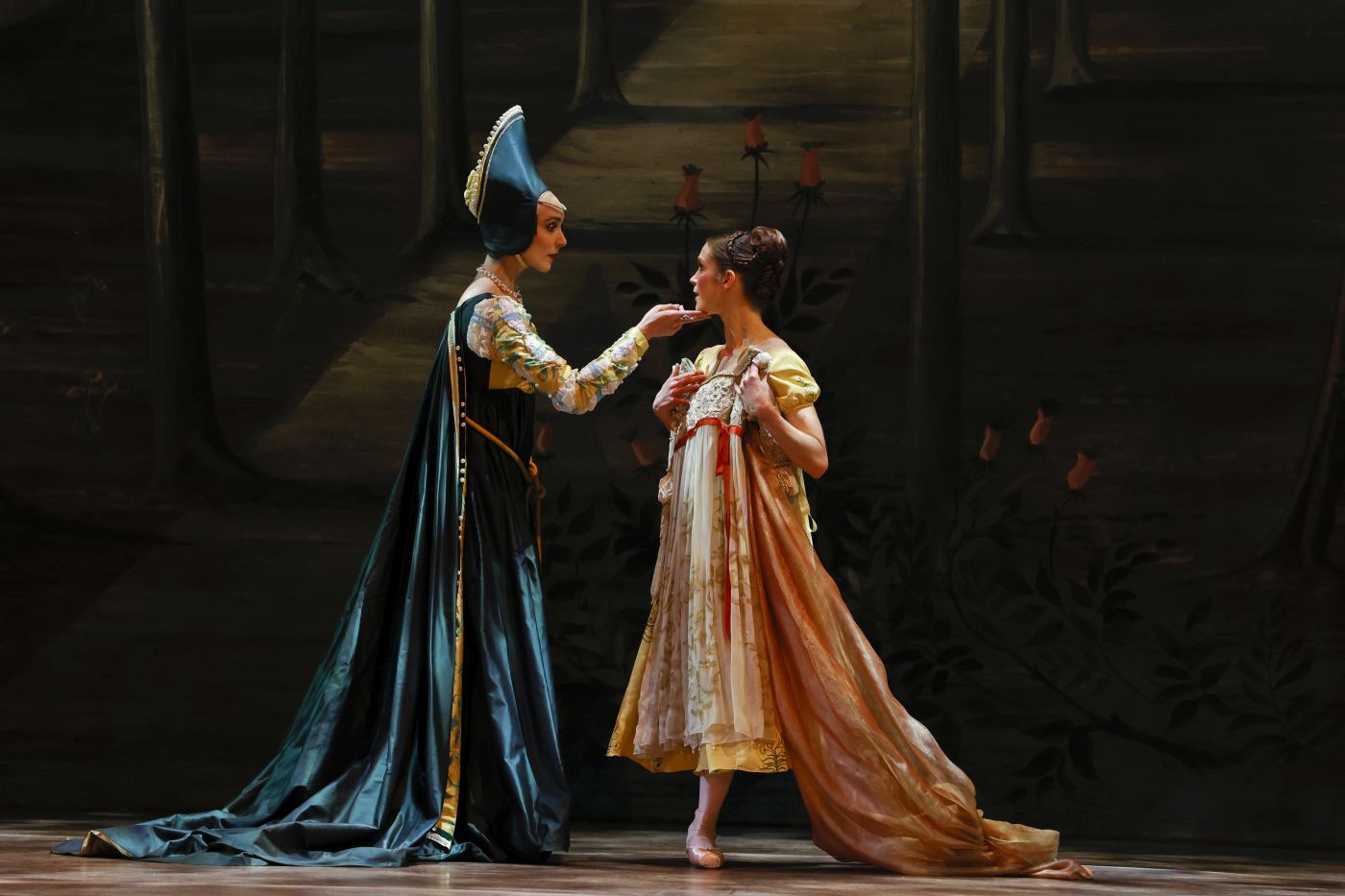 Artistic director David Hallberg, who co-hosted the livestream together with Catherine Murphy, was correct in noting that “we look good on screens all over the world tonight”. Dance, set, costumes, lighting – everything was perfect. 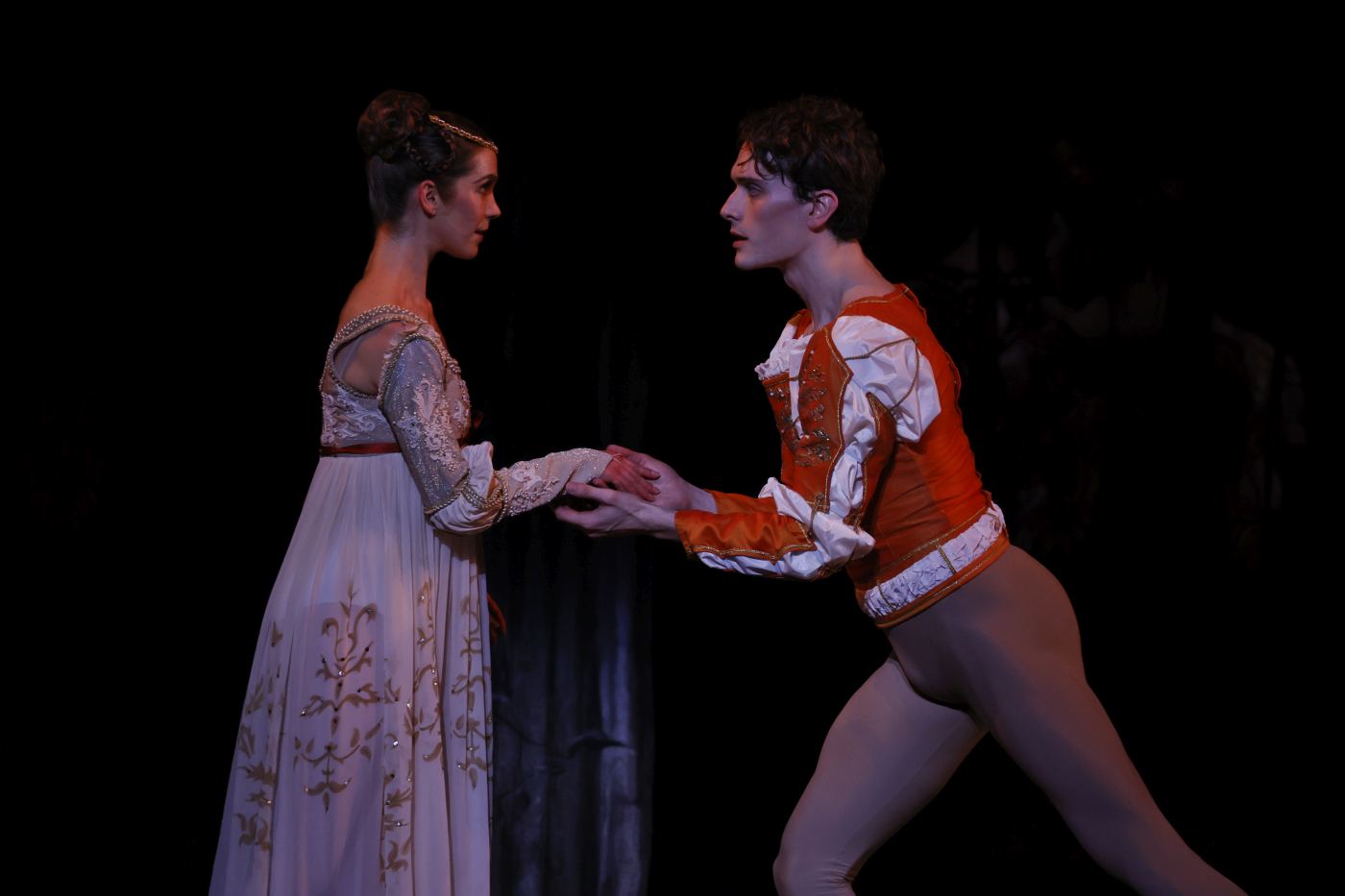 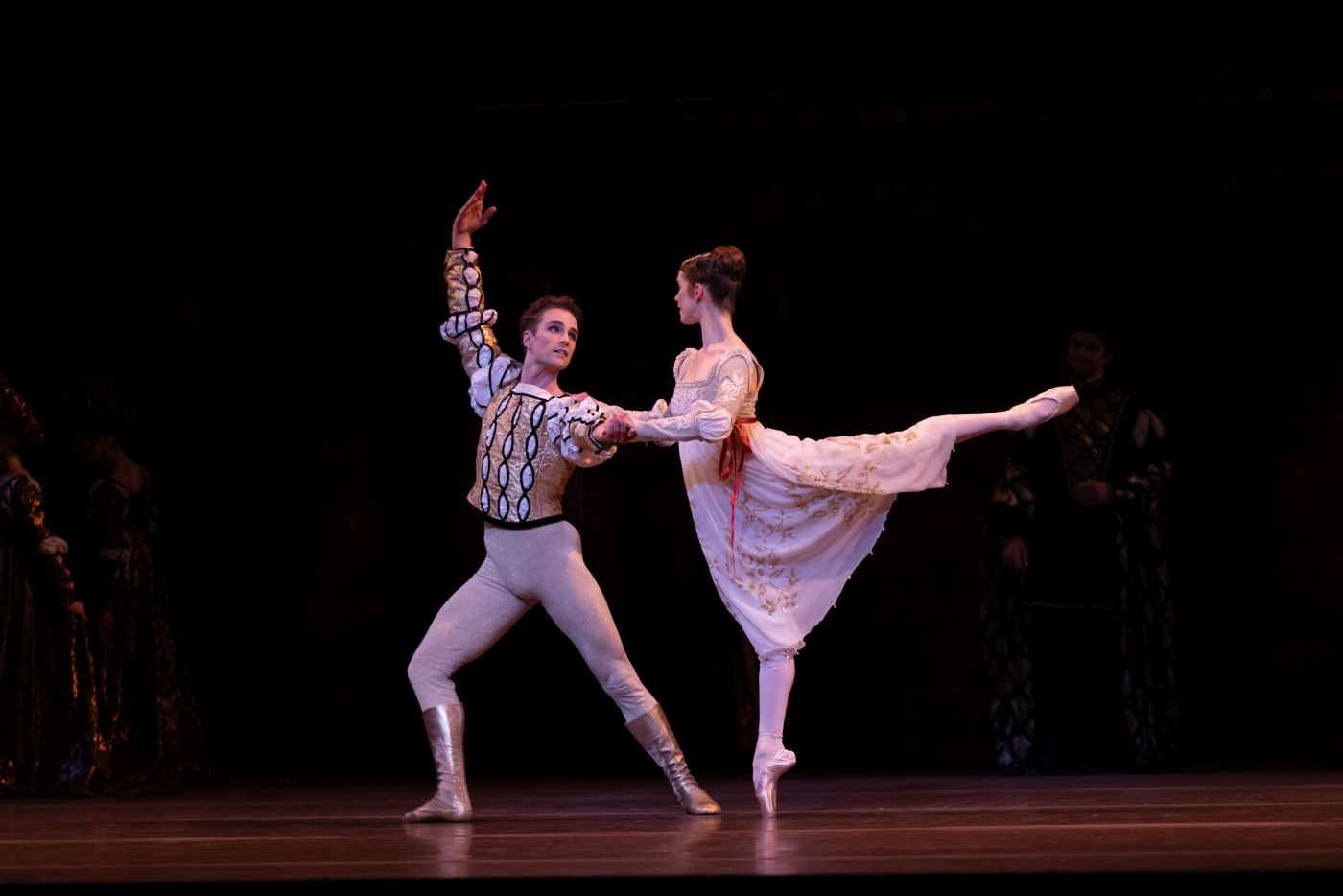 If Jürgen Rose watched the show, he’ll certainly have been delighted to see his iconic costumes shine as if created anew. During the break, the head of the costume department revealed that some of them had already been used in the 1974 premiere. Preserving the bright colors, rich fabrics, and exquisite headdresses was a feat in and of itself. Hallberg later added that Rose’s backdrops and some of the wings were from 1974, too, squashing my assumption that they were brand-new. Without exception, the marketplace in Verona, the Capulets’ residence, Friar Laurence’s Garden of Eden, and the tomb where Juliet, Romeo, and 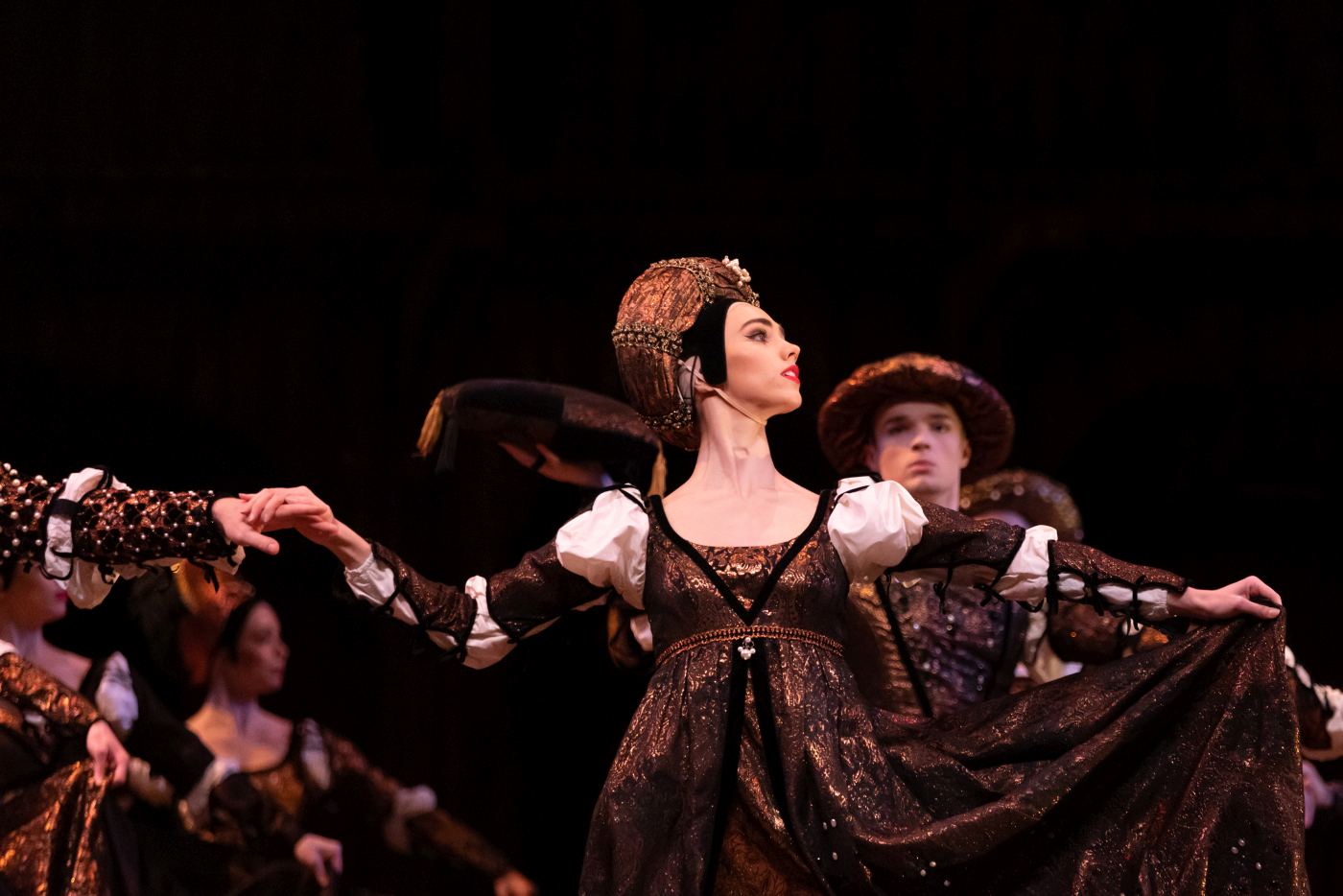 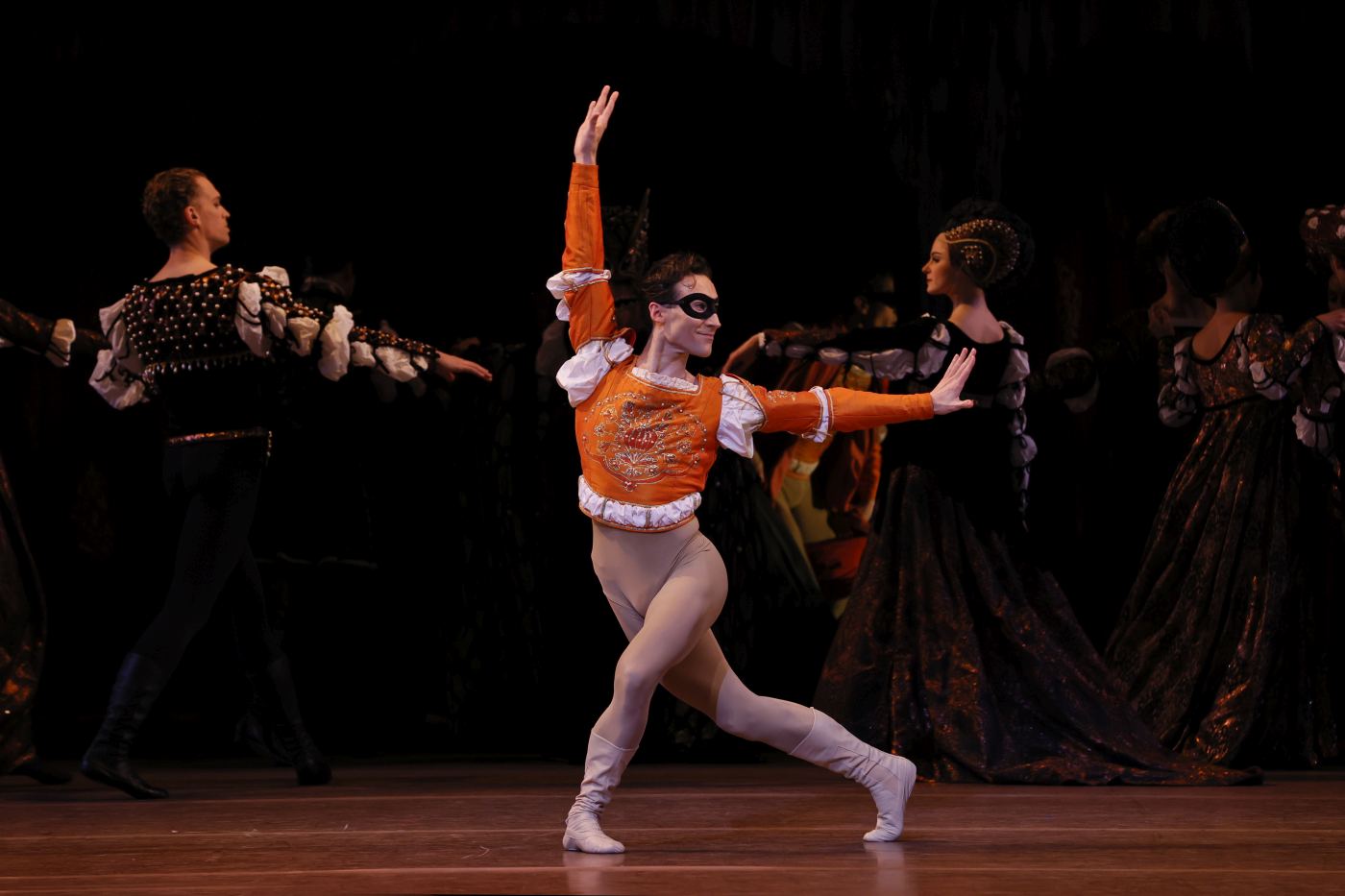 Another surprise was the realization of Cranko’s choreography. When did I last see such a clear, nuanced, and polished performance – intense, fresh, and crackling with electricity? I remember from Stuttgart the dashing Romeo of Daniel Camargo – today a principal at the American Ballet Theatre – and the fun had by the irrepressible veteran Georgette Tsinguirides when she joined the Romani women. The Australian ensemble has outstanding protagonists as well but seemed stronger as a whole. 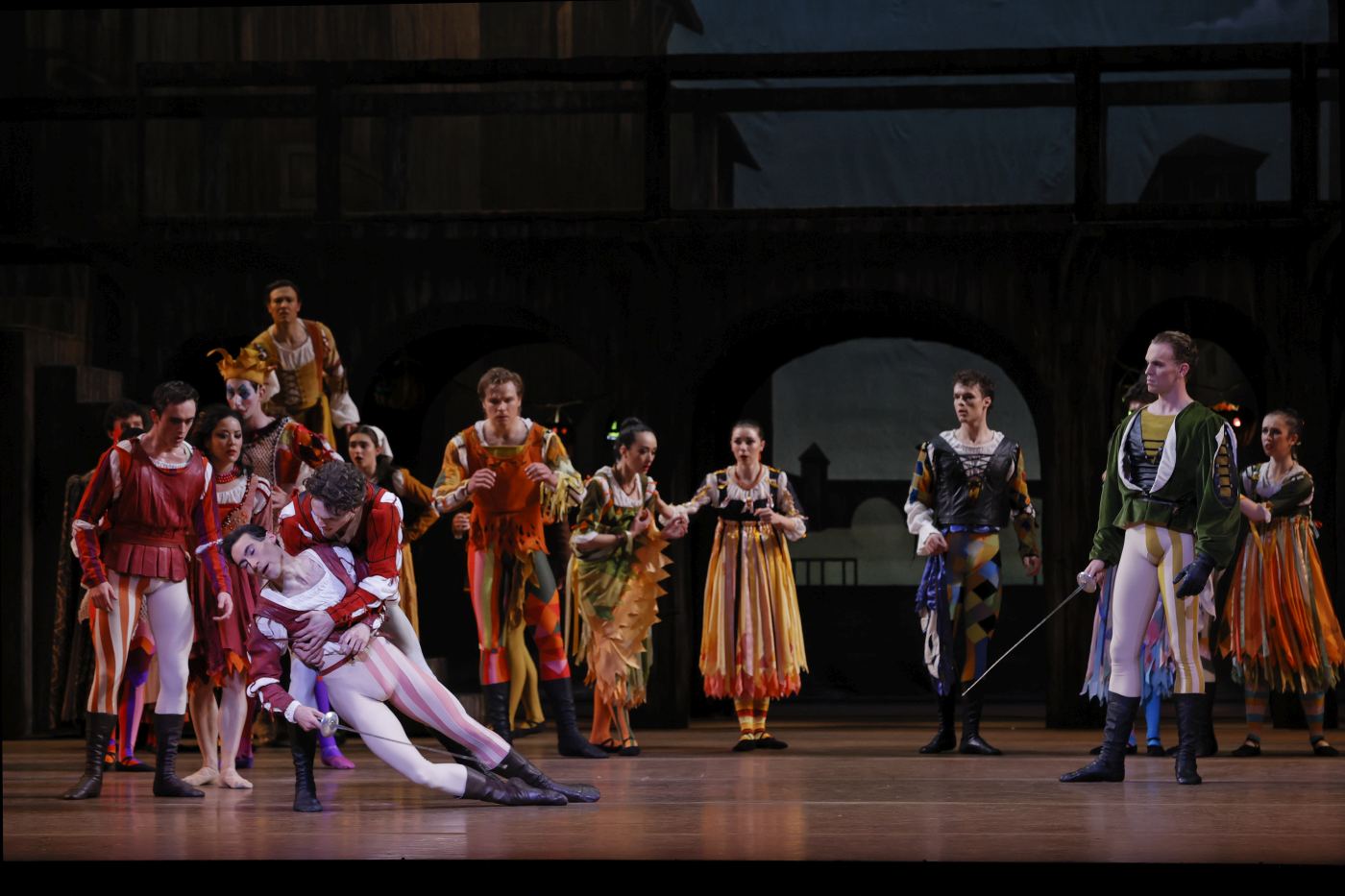 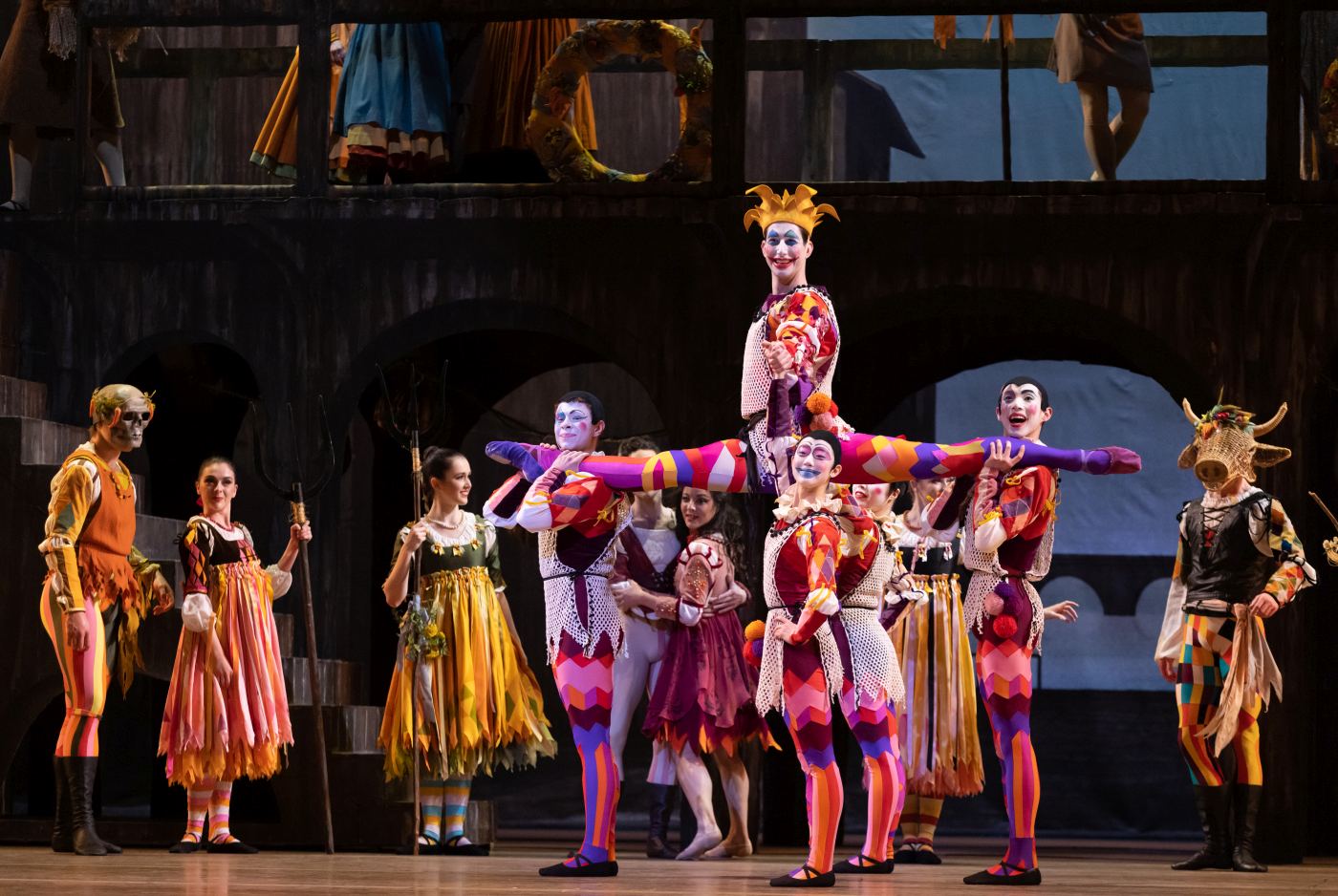 Callum Linnane’s Romeo matures from an impulsive, thunderously love-stricken youth, to a decisive, responsible young man. Sharni Spencer’s Juliet proved a prime example of how to translate the stirrings of the soul into dance. Brett Chynoweth was born to play Mercutio. Bold as brass (and in superb shape), he kept raising the bar, using mischievousness to protect Romeo and Benvolio (Cameron Holmes). Tybalt (Adam Bull) struggled with a tempestuous temper and fits of wrath; at death his eyes nearly bulged out of their sockets. As Juliet’s nurse, Terese Power was exactly the person you’d love to have looking after you. Christopher Rodgers-Wilson portrayed the hapless Lord Paris, who had to bear Juliet’s rejection time after time. Steven Heathcote, who played Romeo in 1991, changed sides to depict Juliet’s stern father Lord Capulet. He also ruled over his wife, Lady Capulet (Amy Harris) – an inherently compassionate mother. 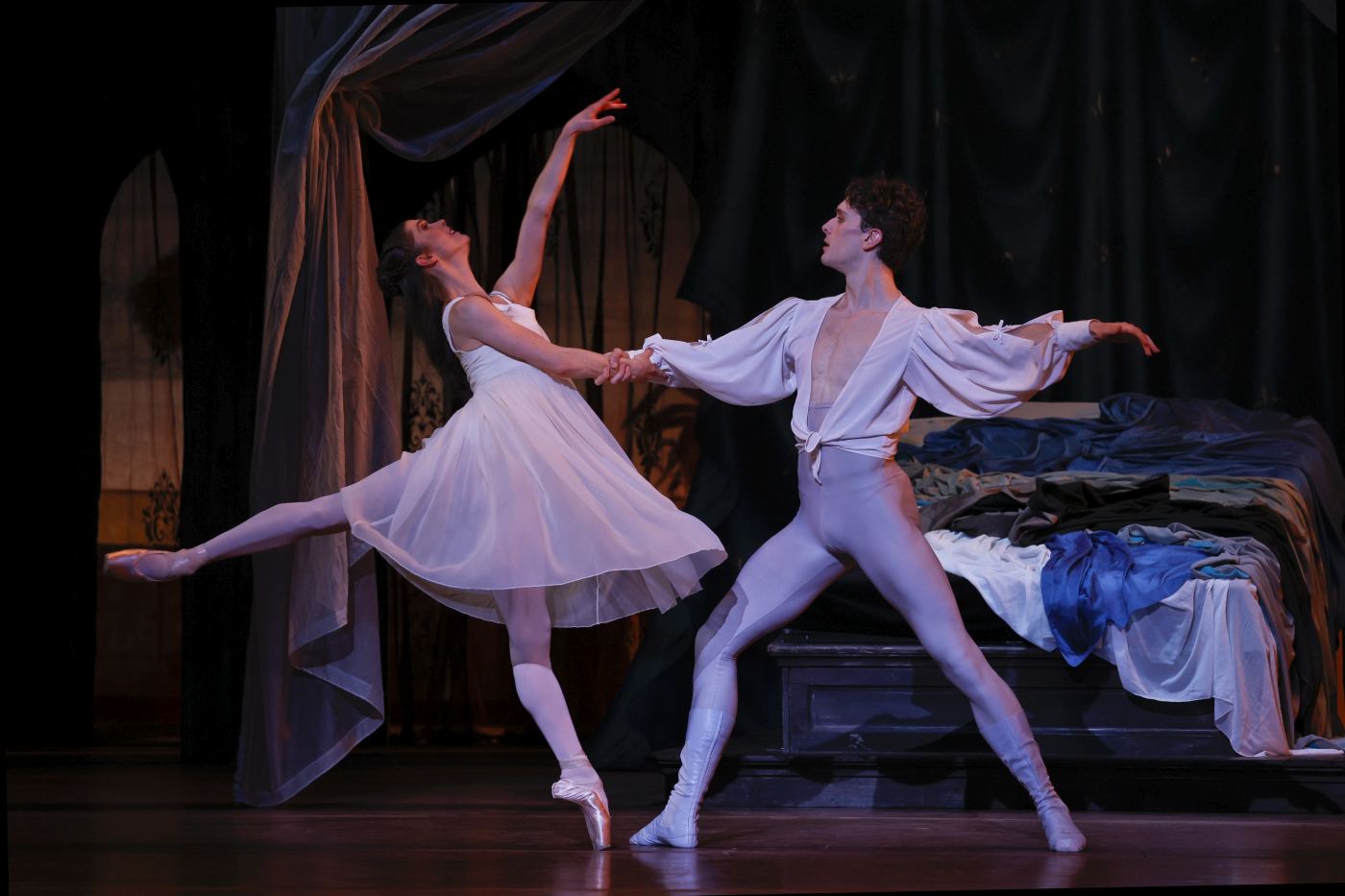 Stephen Baynes doubled as the Duke of Verona and Friar Laurence. Watching the cleric ponder the universe with a skull in his hand verged on ridiculousness in Stuttgart. Baynes, by comparison, was clearly in dialogue with God.

The third asset of the evening lived in the orchestra pit, where Nicolette Fraillon and the Orchestra Victoria played in peak form. After twenty years as the chief conductor of the Australian Ballet, Fraillon gave her Melbourne farewell this evening. The final curtain call left no doubt about how much the dancers and audience appreciate and love her. 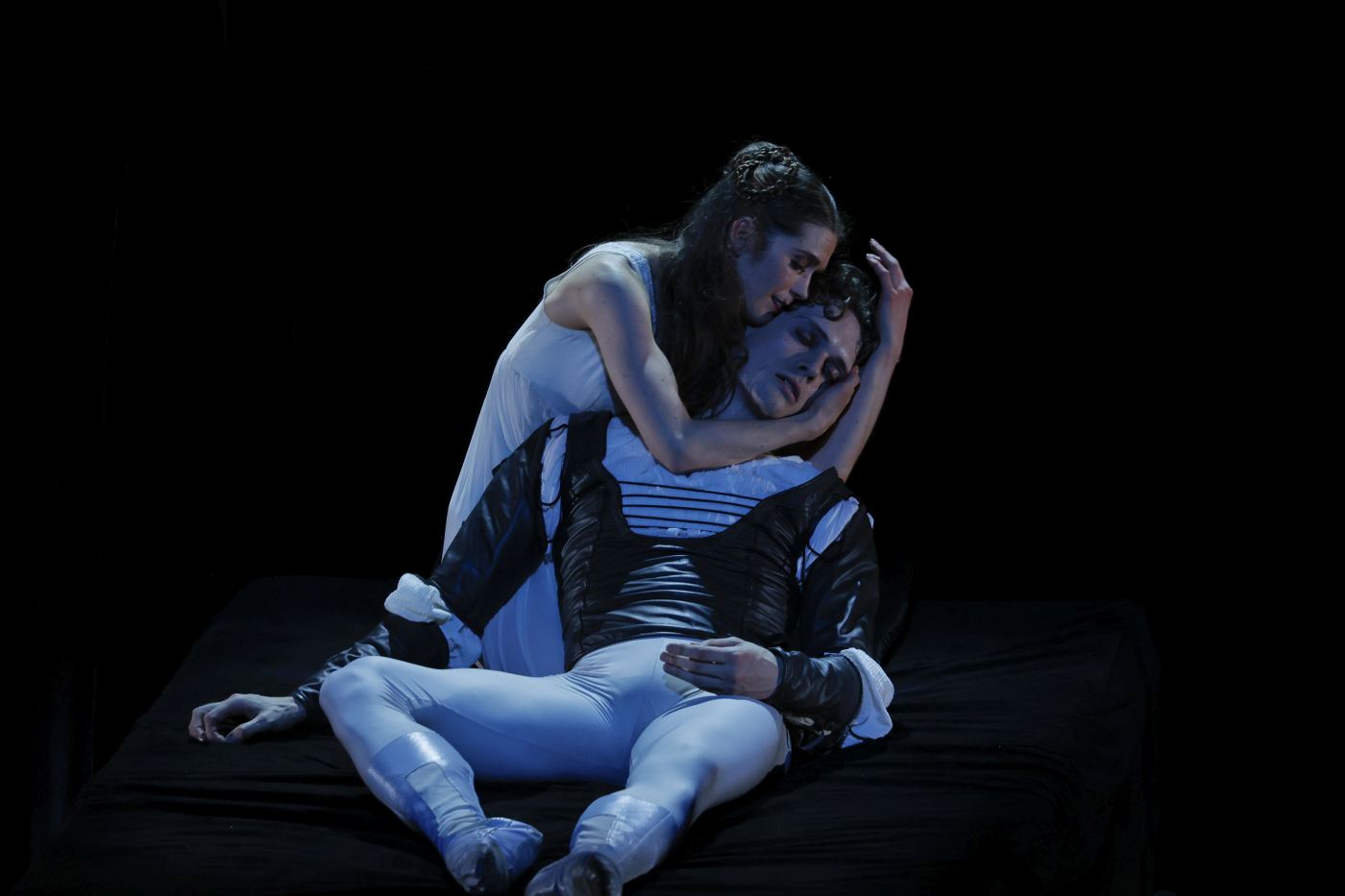