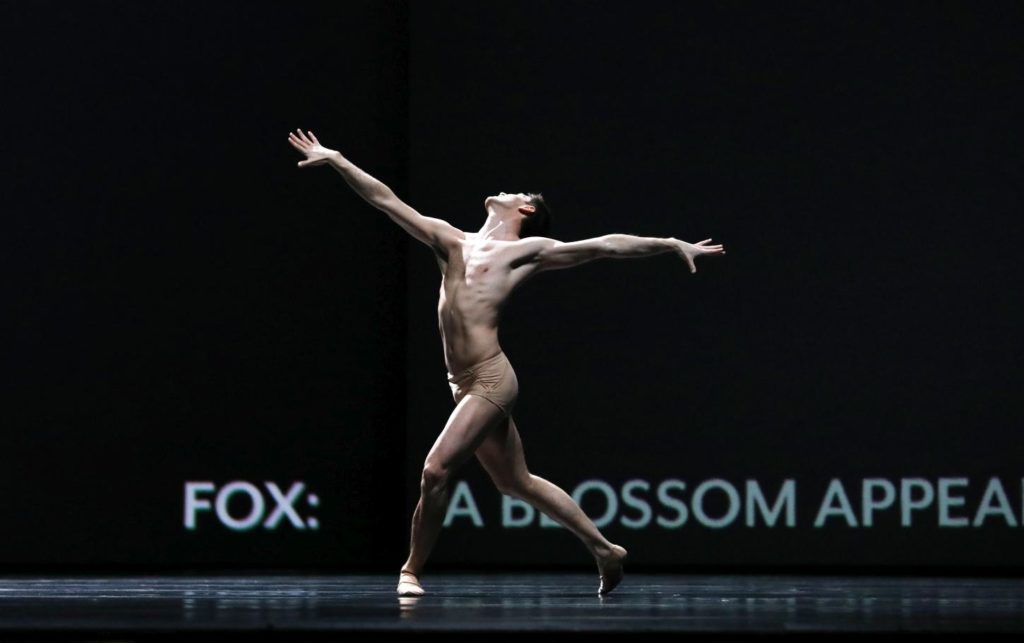 That “Citizen Nowhere” was inspired by Antoine de Saint-Exupéry’s novella “The Little Prince” only becomes clear when a selection of signaling words and quotations are projected onto the gray backdrop: “Fox: anything essential is invisible to the eyes; one can only see clearly with the heart”; and “SNAKE: The Tears” (Tears is subsequently replaced with EYE and HEART). Instead, Dawson’s reading of the novella is a political one that tackles nationalism, displacement, and – highly topical – the building of walls. END_OF_DOCUMENT_TOKEN_TO_BE_REPLACED

Reportedly a few of the audience had expected to see the opera, while others, having had a slightly closer look at Semperoper Dresden’s program, were anticipating hearing Richard Wagner’s famous music. Both parties must have been surprised. “Tristan + Isolde” is a ballet by David Dawson to new music by Szymon Brzóska.
Dawson wisely abstained from using Wagner’s well-known opera music. Instead Brzóska, a Pole, composed a tailor-made score for the Dresden company. Both had already collaborated on Dawson’s ballet “Overture” for Dutch National Ballet in 2013. Generally speaking, his music, Brzóska told in an interview, would range between contemporary avant garde and extended tonality that inclined towards minimalism. The new composition reminds one of film music. It’s emotional music, conveying love’s bliss but also dramatic, fragile and threatening moments. Though expressive, Dawson never left it to the music to bring forth the action but always backed it with choreographic substance. Paul Connelly and the Sächsische Staatskapelle Dresden highly focused playing captivated one from the first tone on. Laurels to them! END_OF_DOCUMENT_TOKEN_TO_BE_REPLACED