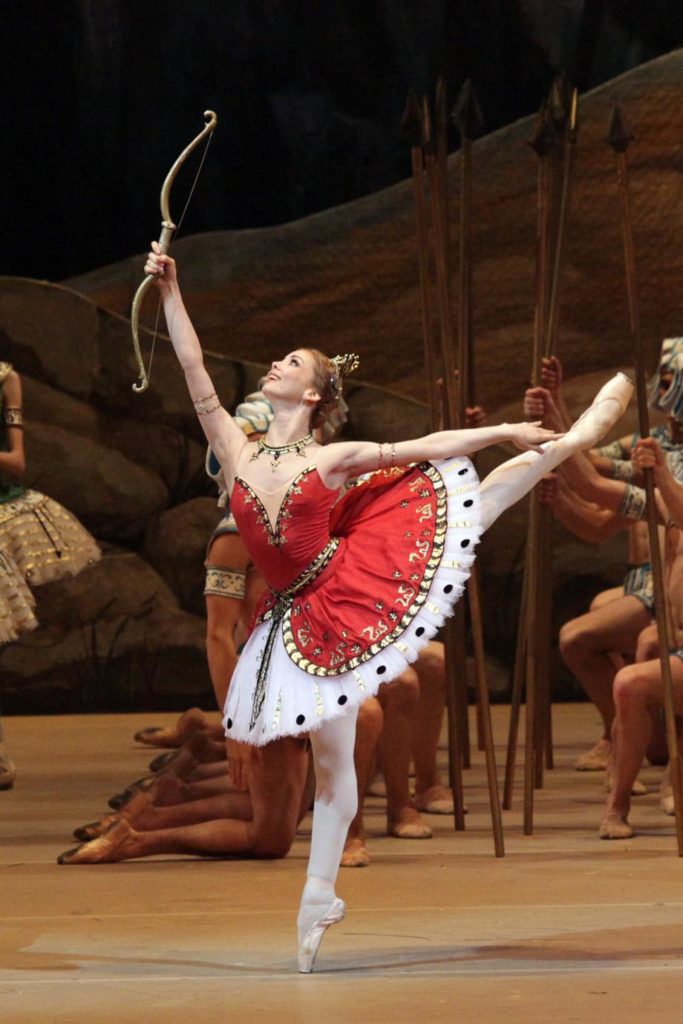 The ballet’s rambling narrative is loosely based on Théophile Gautier’s 1857 novel “The Romance of a Mummy”. Fueled by opium, an English explorer imagines a slew of adventures with Aspicia, the daughter of an Egyptian pharaoh. Aspicia, a mummy, resurrected from her sarcophagus, goes hunting and is saved from a lion’s wrath by the heroic Egyptian Taor (the Englishman), with whom she naturally falls in love. The duo, contending with Aspicia’s forced marriage to the King of Nubia, elopes to an idyllic fishing village. There, they are met by further hazards: suicide attempts, a detour to the underwater realm of the God of the river Nile, and more. Finally, Aspicia and Taor are reunited and happily married – until at the height of the rejoicing, the Englishman awakes from his dream. END_OF_DOCUMENT_TOKEN_TO_BE_REPLACED

“I was a little catastrophe”, said Séverine Ferrolier, soloist of the Bavarian State Ballet. “I had so much energy as a child, I was always joking, horsing around and teasing my older brother. Like a little actress. I wasn’t shy.” Her self-description surprised me. The women, I was sitting opposite to in the rehearsal premises of the Bavarian State Ballet in Munich, was mindfully serene, warm-hearted and centered in herself. We met in mid-October to talk about her career and her plans for the future. END_OF_DOCUMENT_TOKEN_TO_BE_REPLACED

Blowing the dust off from an aged stage vehicle like “Paquita” and polishing it up for a premiere usually draws very few out of the woodwork. Bavarian State Ballet, however, promoted the project confidently. Quite rightly as no less than Alexei Ratmansky and Doug Fullington had devoted themselves to revive the love story of the orphan girl Paquita. Bavarian State Ballet’s original plans were that Ratmansky would make his German debut as choreographer with “Paquita” but the indefatigable Ratmansky had already staged his “Namouna” in Berlin and the “Tanzsuite” for Semperoper Ballet Dresden. However, this didn’t harm the project because doing justice to a significant piece of art and its creator was the root of the matter. END_OF_DOCUMENT_TOKEN_TO_BE_REPLACED