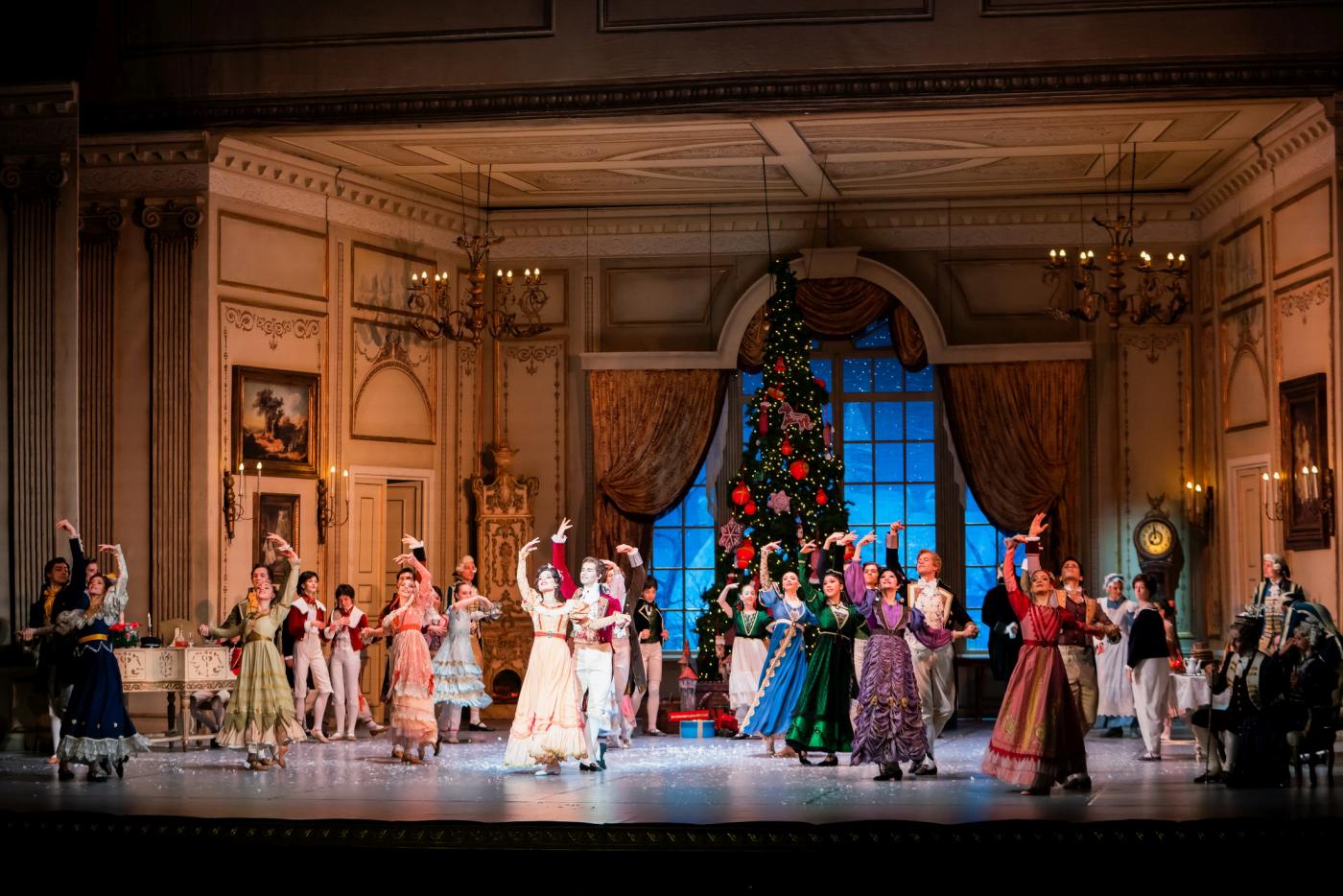 The Dutch National Ballet has in its repertoire a gorgeous “Nutcracker and the Mouse King” by Wayne Eagling (featuring no less beautiful designs by Toer van Schayk), which premiered in 1996. It seems that from that moment on, Eagling has been spellbound by the “Nutcracker”. The version he created in 2015 – tailored to the Hungarian National Ballet – is his fifth take on the fairy-tale. For Budapest’s “Nutcracker” he collaborated with the company’s artistic director, Tamás Solymosi. I saw a matinee and an evening performance.

From the moment I noticed the cupcakes and Gugelhupf on the Stahlbaum family’s Christmas buffet, I knew that Eagling and Solymosi’s production would be just so: a treat based on a traditional recipe but refined with local additions and updated techniques. The original recipe by Vasili Vainonen is from 1934 – and his “Nutcracker” premiered in Budapest in 1950 to great acclaim. 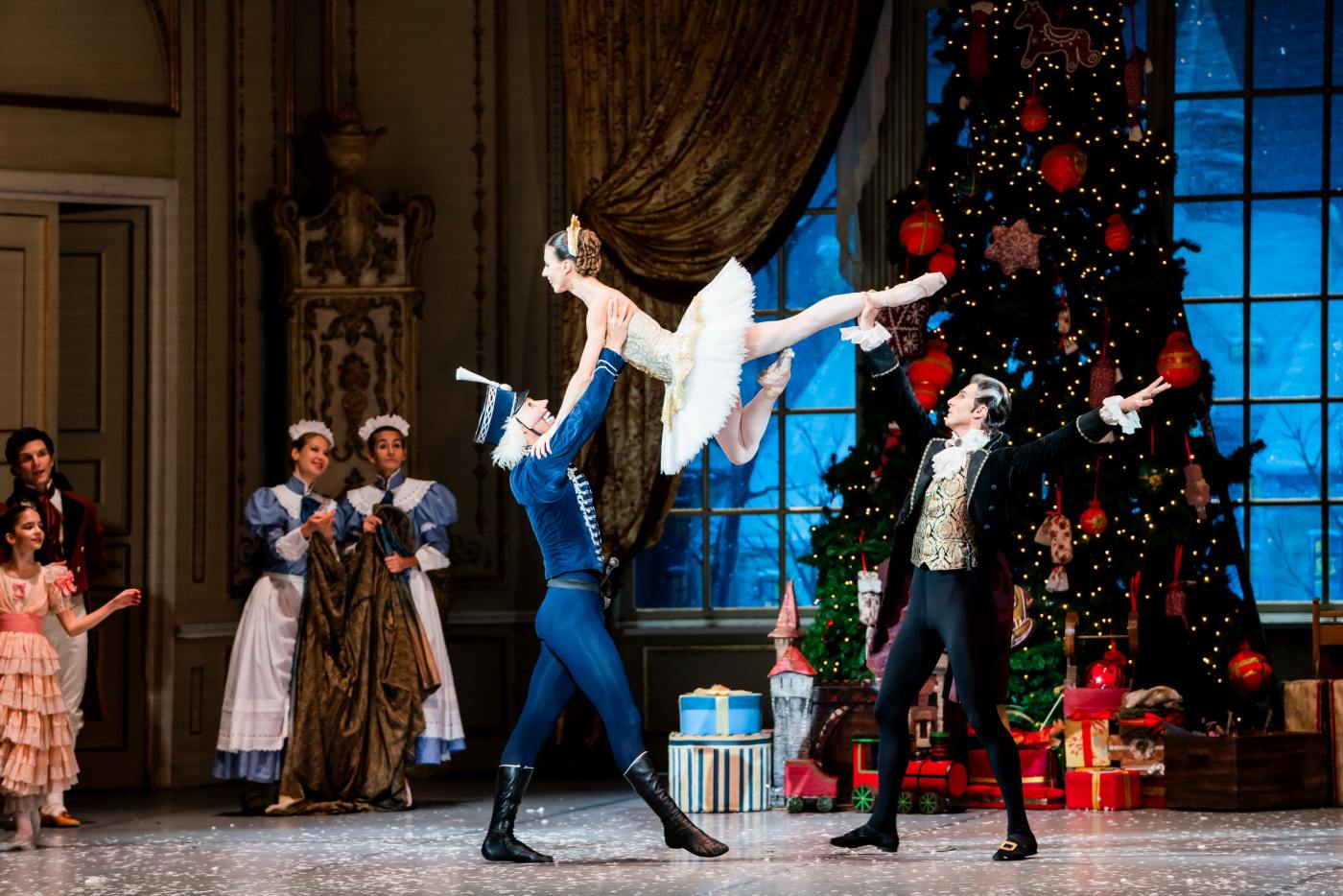 Sixty-five years later, the work was due for an update. Eagling and Solymosi condensed the original three acts into two, tweaked the libretto slightly (little Marie and her notoriously naughty younger brother Fritz now attend church prior to the Christmas party), and added local color (the Stahlbaums’ mansion resembles the 19th century buildings on Budapest’s Andrássy Avenue, and the forest glade where the snowflakes waltz looks out onto the city’s Ják chapelle). Most importantly, they gave each of the Stahlbaums and guests a sense of individuality that made them easy to sympathize with. There were no mere bystanders, but instead a cohort of bubbly partygoers. The dancer who portrayed the Prince was especially engaged – as he, unlike in Vainonen’s rendition, doubles as the Nutcracker. 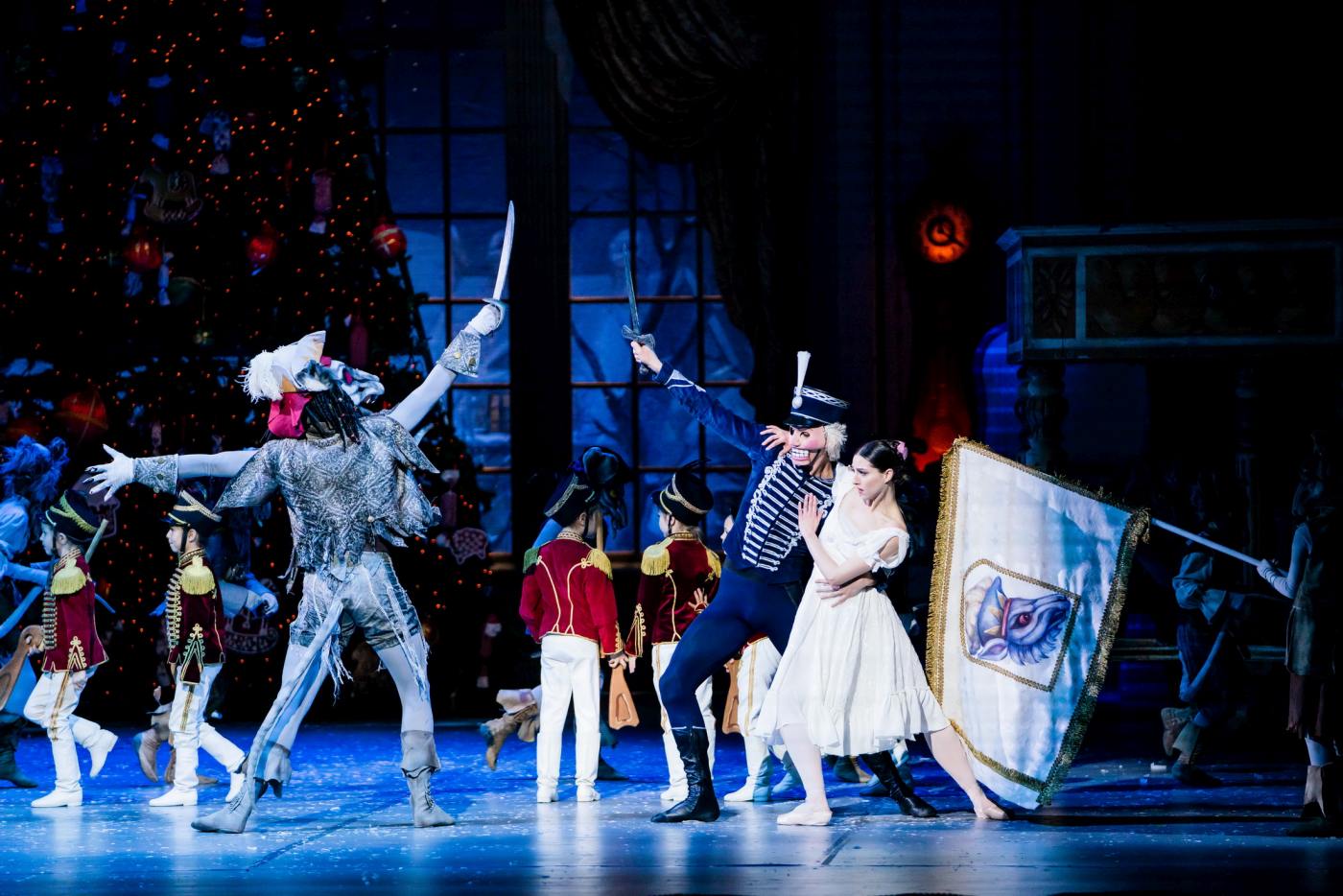 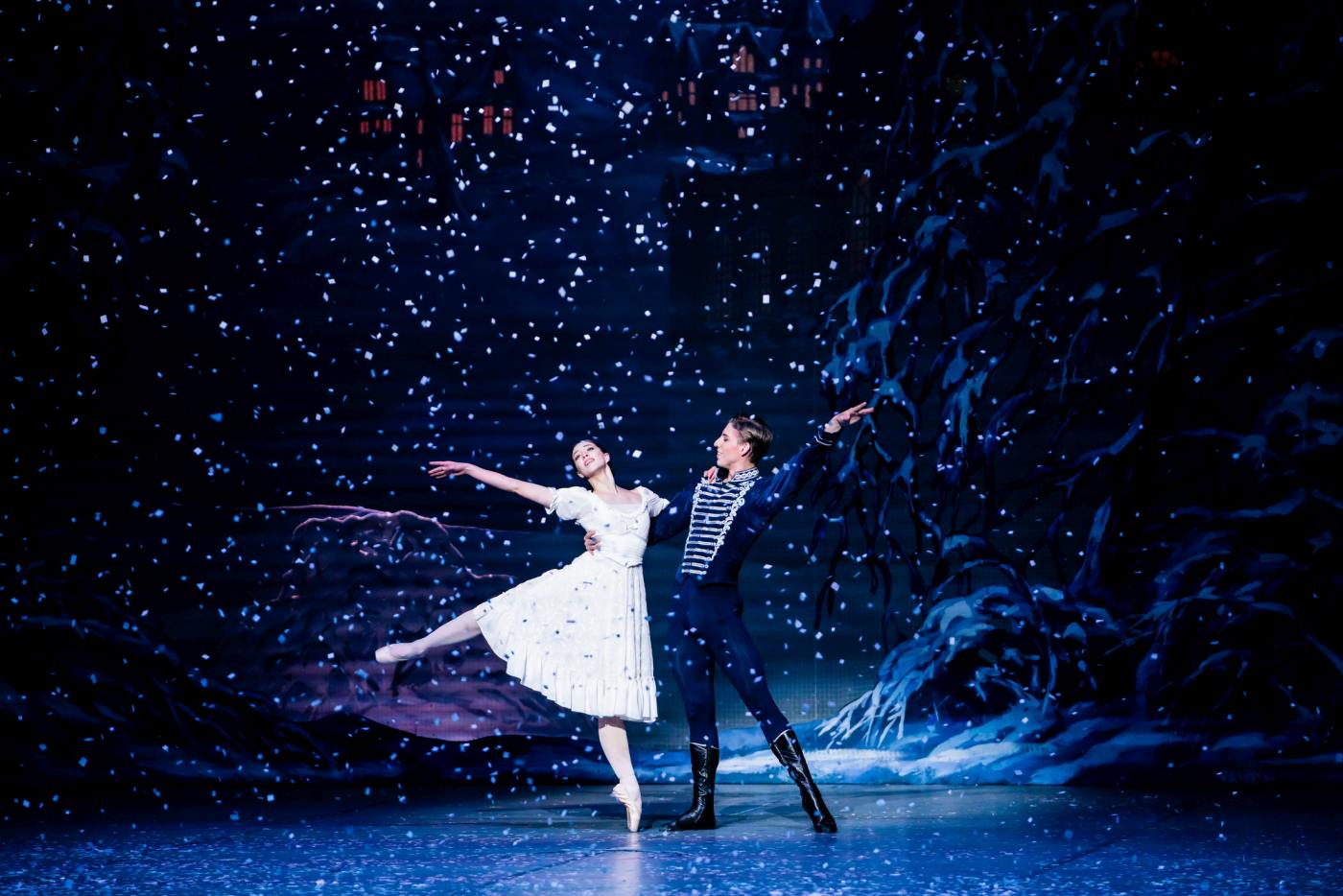 Apart from these tweaks, the story follows a familiar path: as the Stahlbaums’ Christmas party picks up its pace, Marie’s present – a wooden Nutcracker – is ruined by Fritz. Though the gift is repaired through the magic power of Uncle Drosselmeier, Marie relives the shock (and reflects on her recent experiences) in a dream. The Nutcracker dies while trying to save her when she is caught amidst a fierce showdown between mice and tin soldiers. He is miraculously resurrected as a prince (with a striking resemblance to Drosselmeier’s handsome nephew) by Drosselmeier, and embarks on a boat with the suddenly grown-up Marie on a journey to a fairy-tale realm. Needless to say, romance blossoms. The tale climaxes in a grand pas de deux at a snowy crystal palace framed by dances from different cultures. Upon awakening, Marie reconciles with Fritz, realizing that her adventure was but a dream. 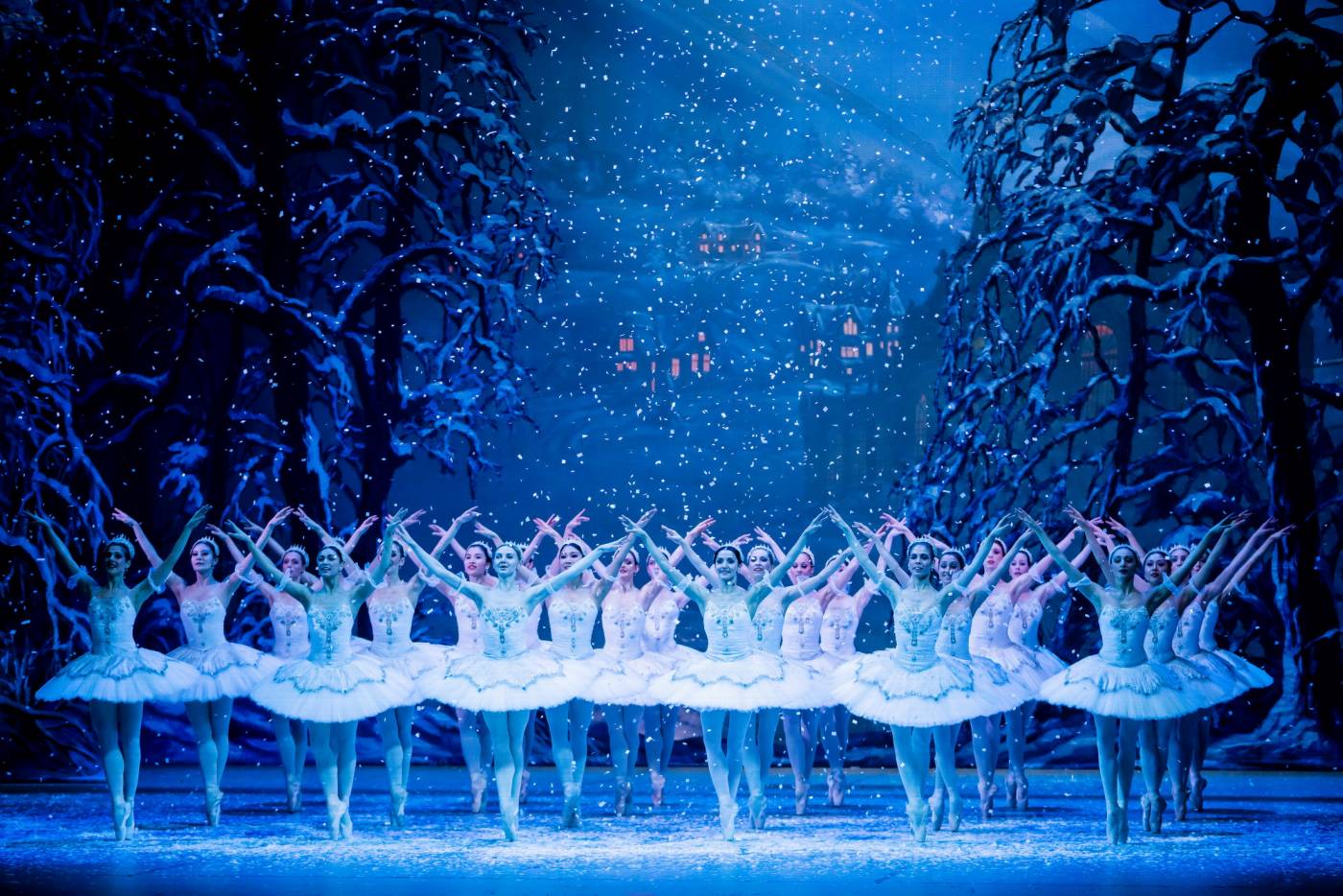 Beáta Vavrinecz’s set design was based on Gusztáv Oláh’s from 1950 – and the rose-tinted crystal palace drew admiring oohs and aahs from the audience. The Stahlbaums’ home was deeply welcoming – so much that I wished I’d been invited inside myself. Vavrinecz’s thoroughly splendid settings were complemented by Nóra Rományi’s gorgeous costumes. I could not stop marveling at the elaborate outfits.

We know that “Nutcracker” doesn’t work without children, but the amount that Eagling and Solymosi included in their production was extraordinary. Believe it or not, 42 – 45 children dance in fifty-three roles! Since each of the two shows on December 10th had its own cast, 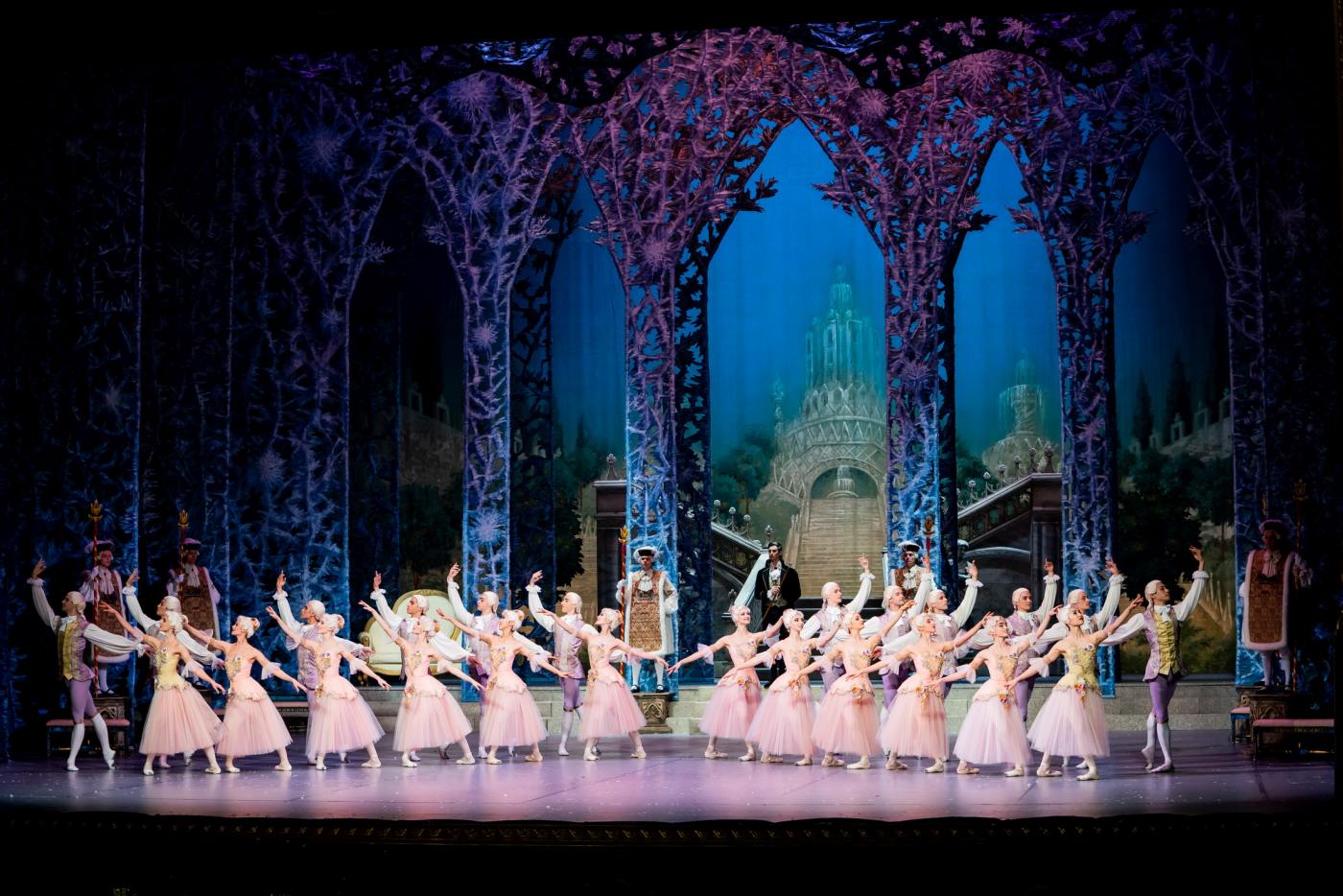 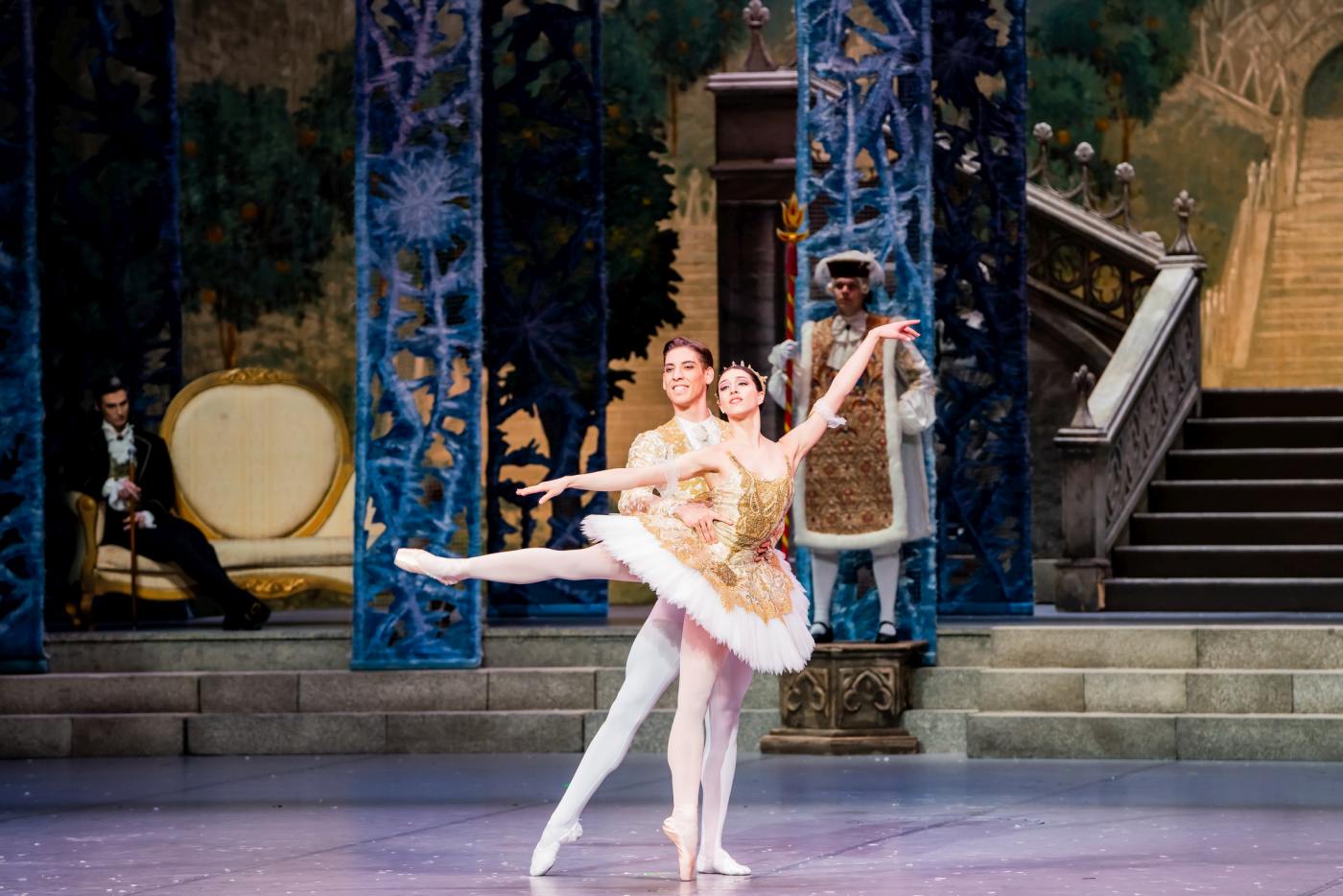 approximately 90 students performed in a single day! On top of that, twenty members of the Hungarian State Opera Children’s Chorus accompanied the waltz of the snowflakes from their spot hidden in the orchestra pit. I was especially glad to see pure joy radiating from the young dancers as they moved freely and beautifully. Compared to the performances that I recently experienced in Munich, the performances by the Budapest students were relaxed and resplendent – they took to the stage like ducks to water! What an asset for the future of the company. 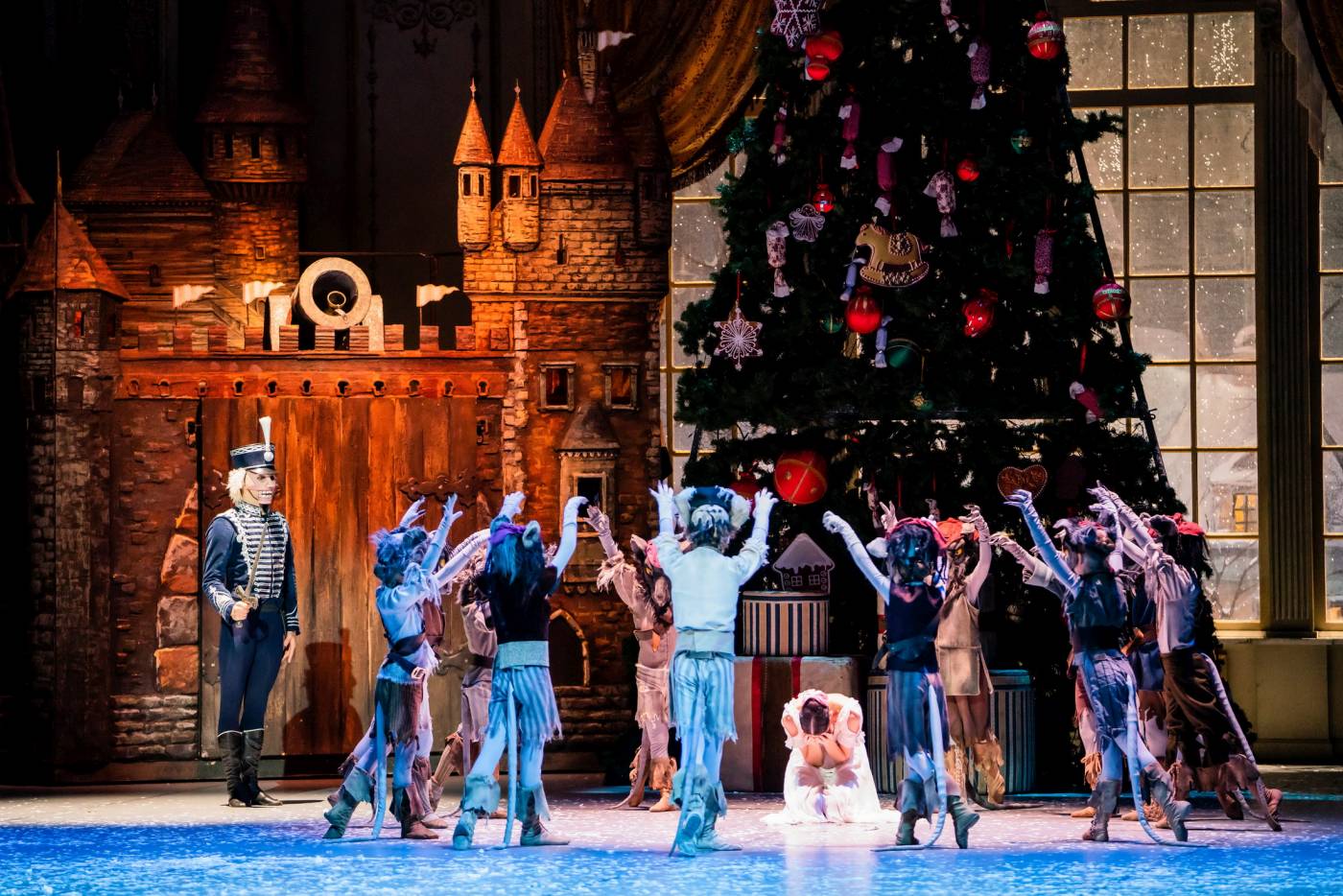 At the matinee, I was surprised by twelve-year-old Laura Berki’s performance as Marie. Her self-assurance and spark are outstanding! Őrs Domonkos Molnár (also twelve years old) portrayed her brazen brother Fritz. The grown-up Marie was Maria Beck, a former principal of the Stanislavsky Ballet, Moscow. Unfazed by the technical demands of the role, Beck sailed through as lightly as a ravishing snowflake. She’s expressive and – of the utmost importance in my book – generous of heart. Her Nutcracker & Prince was Gergő Ármin Balázsi, who spoiled an otherwise fine performance by briefly losing balance. Louis Scrivener’s Mouse King led a brisk mice army, guns blazing. Marie’s sister Louise (Yuliya Golovyna) was perfect in every regard, but Mikalai Radziush’s Drosselmeier seemed absorbed in his thoughts at the Snow Crystal Palace – leading him to miss a dashing Spanish Dance, an alluring Arabian 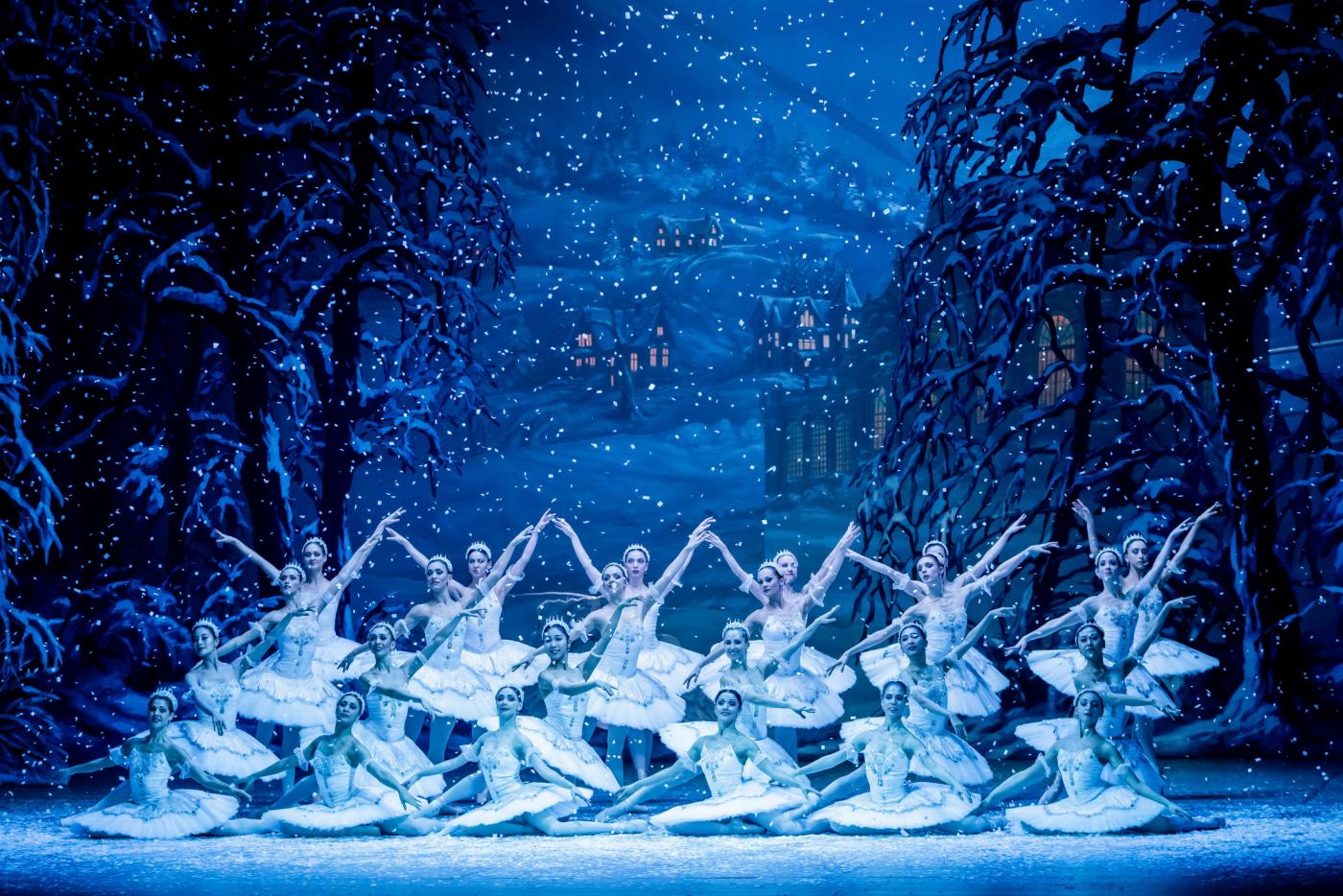 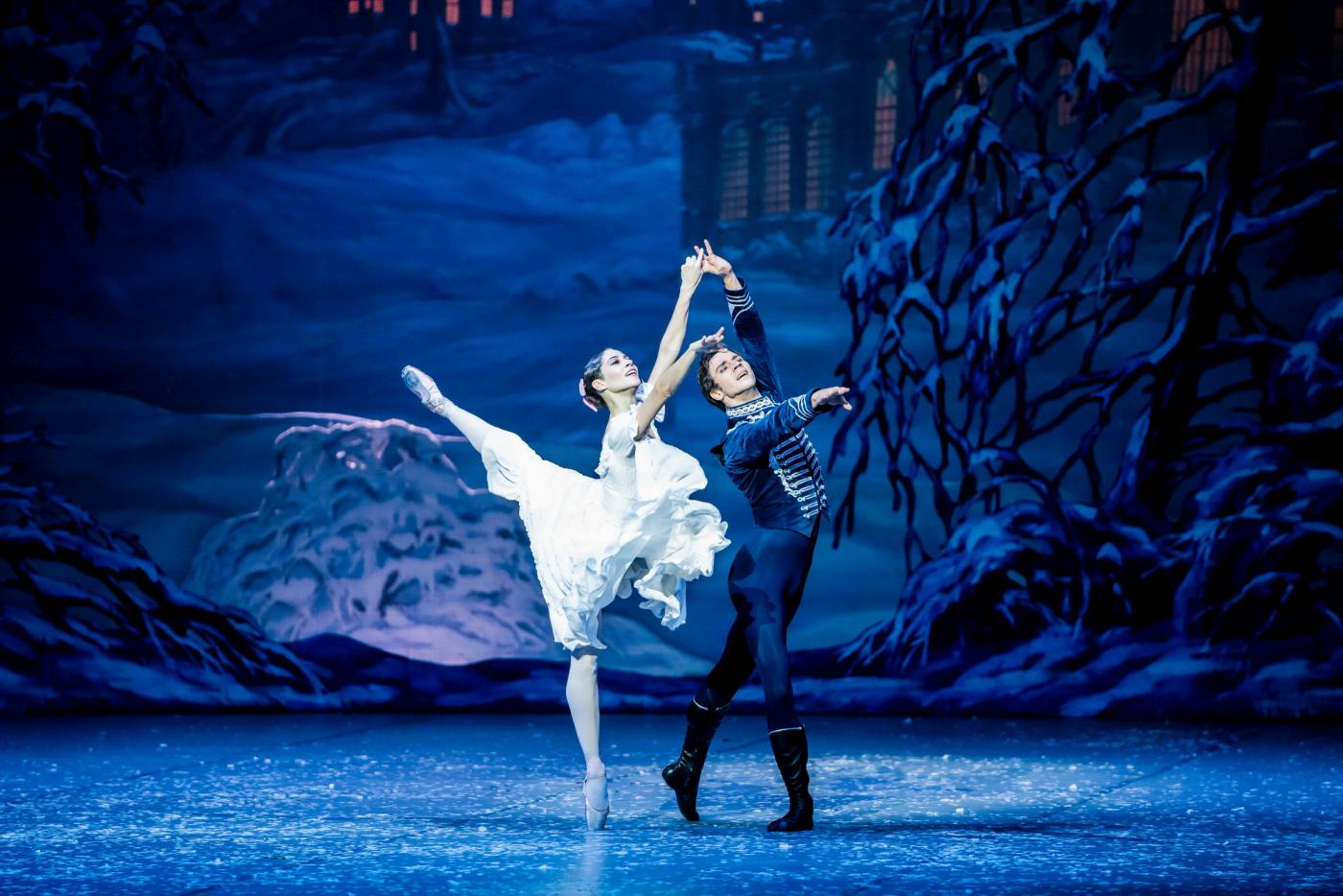 Dance, a snappy Chinese trio, and a spunky injection of energy by Ryosuke Morimoto during the Russian Dance. The ladies’ pas de trois, though neat, felt lengthy, but the attractive patterns formed during the flower waltz re-energized the eye.

In the evening, Dmitry Tomofeev left us with no doubt of his elegance and clarity as a dancer. As the Nutcracker & Prince, he demonstrated his strength as a lifter in his pas de deux with the adult Marie (Maria Yakovleva). In the costume of the Nutcracker, he also danced with Nadezhda Sorokina as Louise. 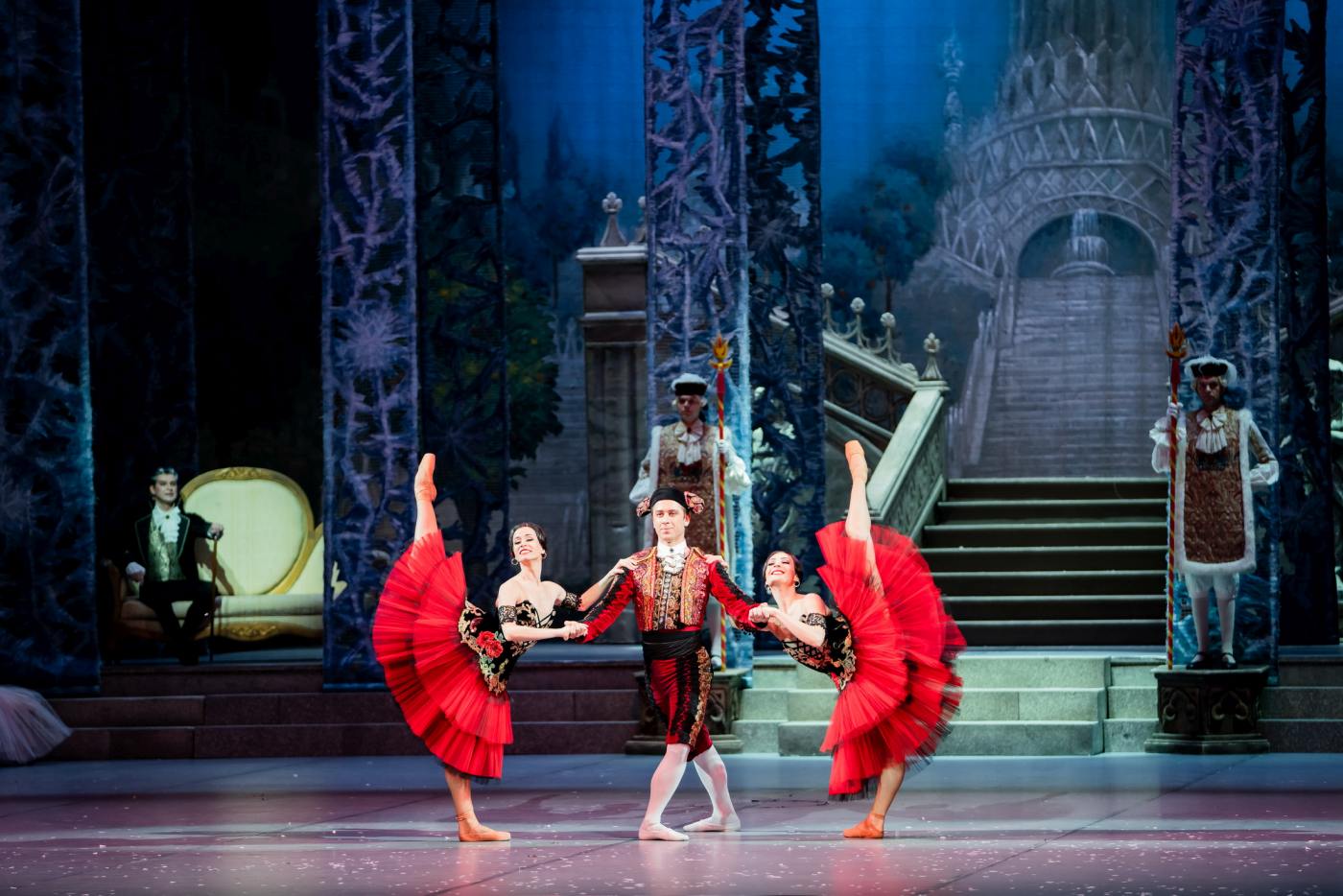 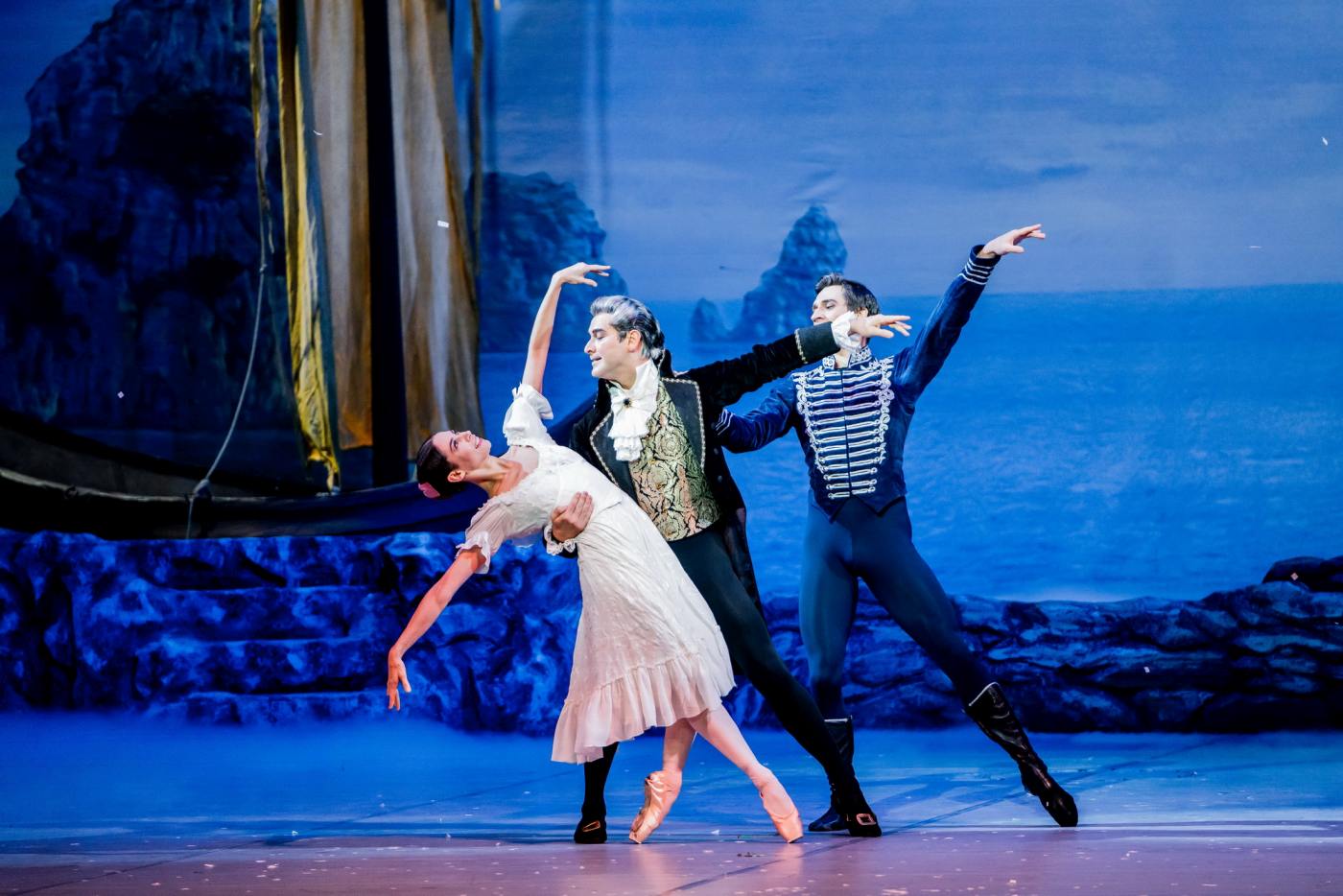 Alekzandr Komarov, in a guest performance, was a warm-hearted Drosselmeier with a taste for cognac. The impudent mice army commanded by Kóbor Demeter’s Mouse King went so far as to tear apart the sheet music on the Stahlbaums’ piano. In the divertissements, Vince Topolánszky left a bold mark in the Russian dance. The ten-year-old Julianna Éva Pollák, winner of the classical ballet category in the pre-comparative division of this November’s Youth America Grand Prix in Paris, portrayed the young Marie. 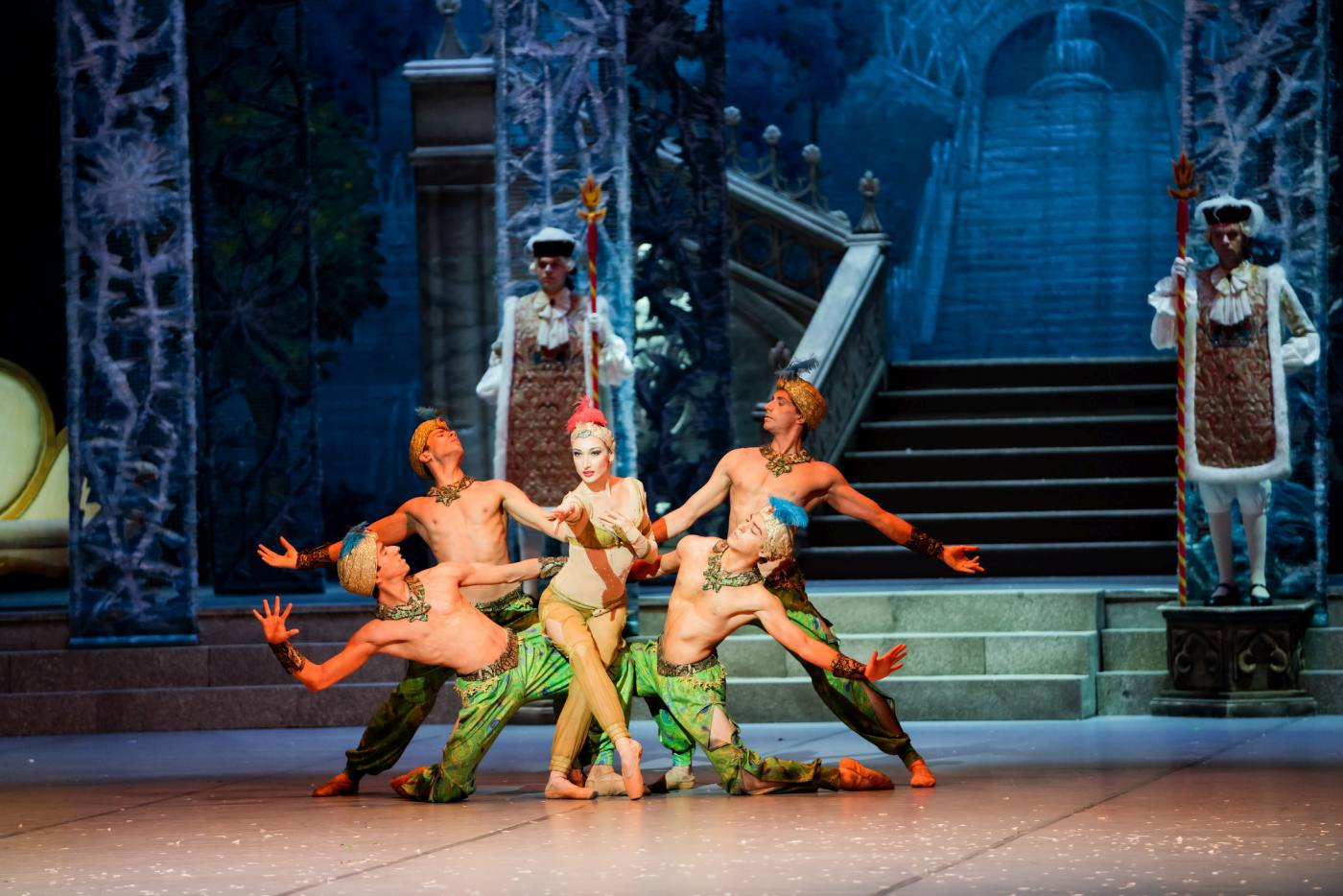 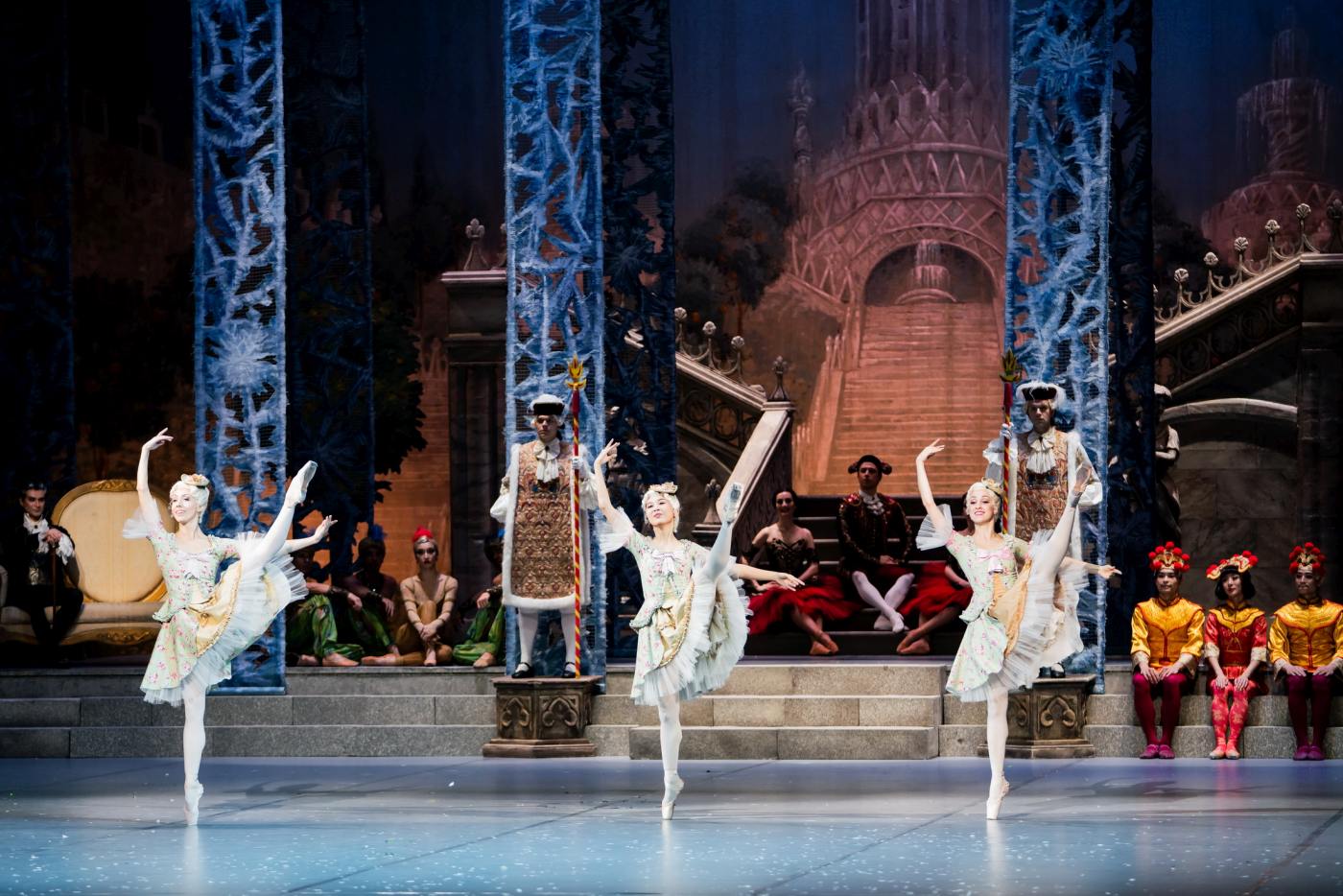 My star, however, was the curly-haired Bertalan Máté Vincze. His Fritz ran the show. Máté Vincze is nine years old, performs like a pro, and has a strong energy – truly he must be a talent sent from heaven. 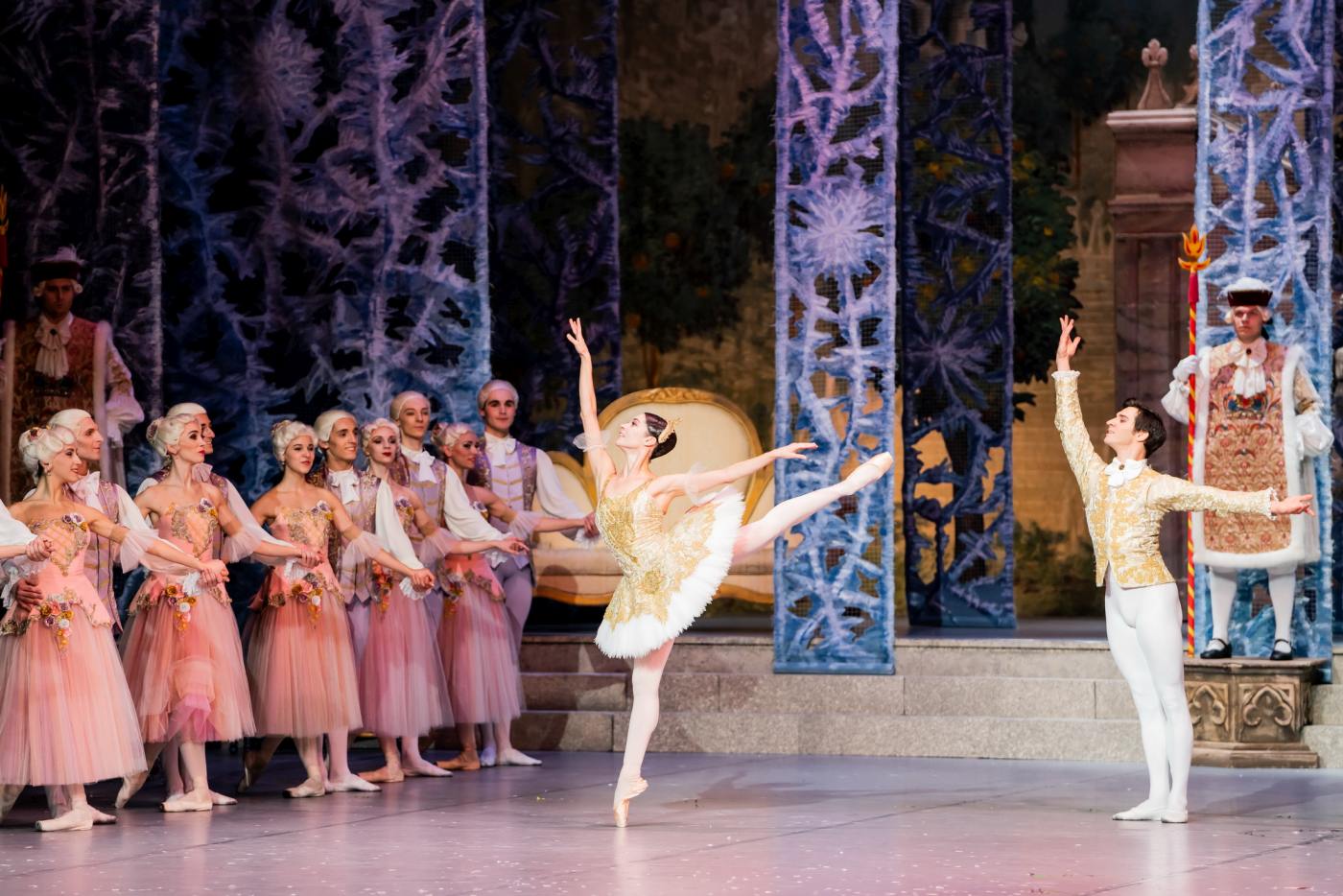