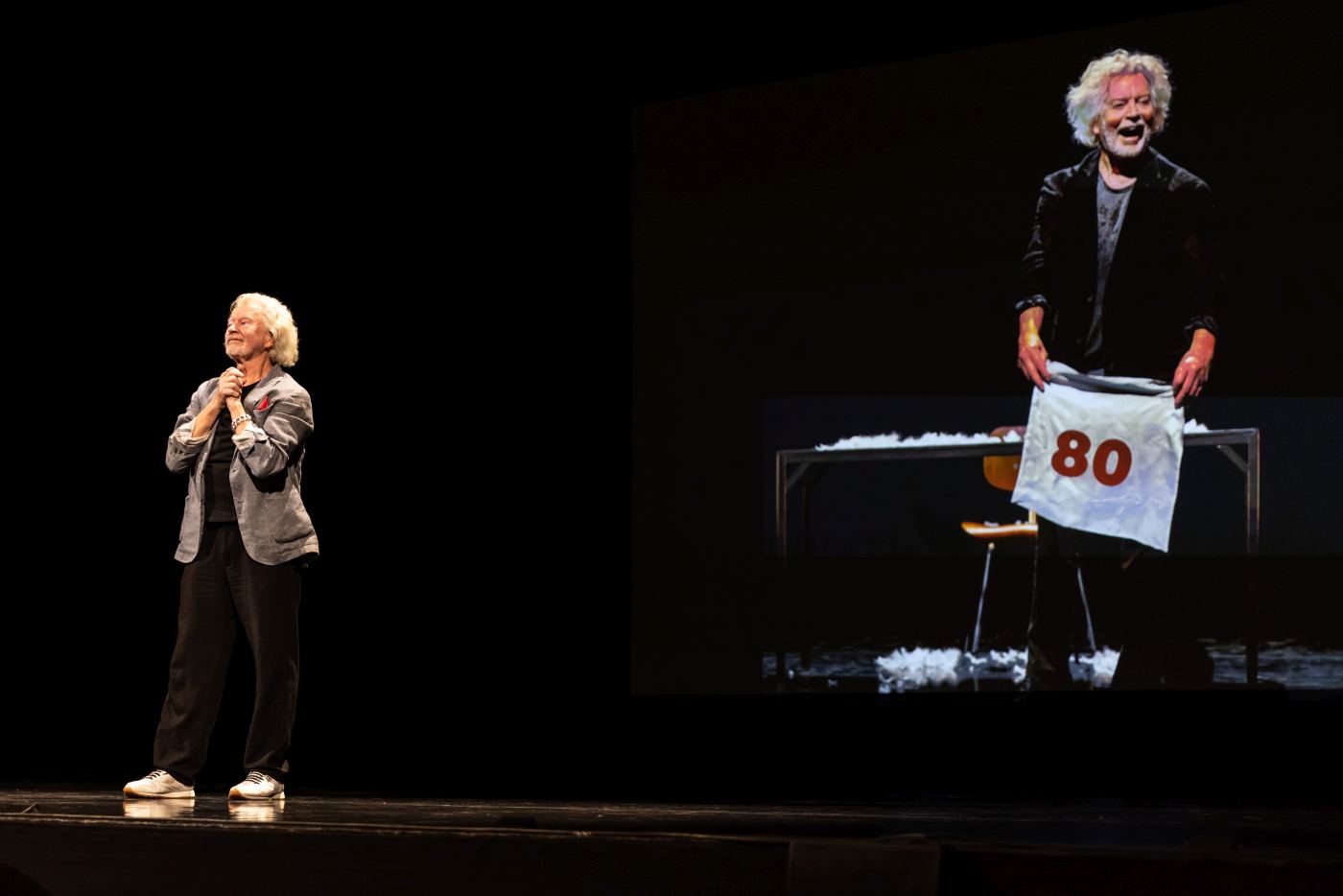 Egon Madsen has been a foundational figure in Stuttgart’s ballet and theater world for close to his entire career. He gave his stage debut at the young age of ten in a children’s ballet in his home country of Denmark. Nine years later (in 1961) he joined the Stuttgart Ballet under the newly appointed John Cranko. Key roles in Cranko’s signature pieces were choreographed on Madsen during a period dubbed the “Stuttgart Ballet Miracle”. After Cranko’s death, Madsen stayed with the Stuttgart Ballet until 1981. In the years that followed, he helmed several companies (the Frankfurt Ballet, the Royal Swedish Ballet, and the Ballet of the Teatro Communale/Florence) before becoming Marcia Haydée’s assistant director at Stuttgart and serving as ballet master in Stuttgart and Leipzig. In 1999 – at age fifty-seven – he returned to the stage with Nederlands Dans Theater’s NDT III. He also served as the troupe’s teacher and rehearsal director until it disbanded in 2006. One year later, Madsen returned to Stuttgart as a driving force behind Eric Gauthier’s newly established Gauthier Dance Company at the Theaterhaus. In addition to dancing in numerous Theaterhaus productions (most recently “Greyhounds” in 2015), Madsen also coached and trained the dancers. Since 2014, he has forayed into play-acting; his solo evening “King Lear”, choreographed by Mauro Bigonzetti, can be seen at the Theaterhaus for a final time this November. END_OF_DOCUMENT_TOKEN_TO_BE_REPLACED

“I was a little catastrophe”, said Séverine Ferrolier, soloist of the Bavarian State Ballet. “I had so much energy as a child, I was always joking, horsing around and teasing my older brother. Like a little actress. I wasn’t shy.” Her self-description surprised me. The women, I was sitting opposite to in the rehearsal premises of the Bavarian State Ballet in Munich, was mindfully serene, warm-hearted and centered in herself. We met in mid-October to talk about her career and her plans for the future. END_OF_DOCUMENT_TOKEN_TO_BE_REPLACED

For his twentieth anniversary as artistic director of Stuttgart Ballet, Reid Anderson picked works by his favorite choreographers. In October an evening with pieces by Jiří Kylián, Hans van Manen and John Cranko premiered. Now, in the second new program, the company proves its versatility by yet again indulging in different styles. The triple bill combines ballets by William Forsythe, Marco Goecke and Uwe Scholz (1958 – 2004). All were or, in the case of Marco Goecke, are resident choreographers of the company. And they were all fledgelings of Stuttgart’s Noverre Society, whose Noverre evenings serve as a springboard for young choreographic talents. END_OF_DOCUMENT_TOKEN_TO_BE_REPLACED

The dance critic Horst Koegler once compared him with a F1 World Champion who – second to none – has held his title for more than half a century: Fritz Höver, founder and longstanding chairman of Stuttgart’s Noverre Society. How would the Stuttgart Ballet have developed without Höver? Back in the early 1960s no one knew John Cranko in Stuttgart, not even Stuttgart Opera’s general director Walter Erich Schäfer. It’s hard to believe these days but in the late 1950s Stuttgart’s audience had not yet acquired a taste for ballet. The genre’s main function, since 1957 in the hands of artistic director Nicholas Beriozoff, ex-dancer of the Ballet Russe de Monte Carlo, still was to take part in opera productions. Beriozoff, paving the way for the company’s ascent, put considerable effort in promoting ballet. It was due to the relentless persuasive power of Höver, that the young Cranko was invited to Baden-Wuerttemberg’s capital. In 1960 Cranko staged his first work in Stuttgart, “The Prince of the Pagodas” which had premiered three years earlier atNich The Royal Ballet. One year later he took over the reigns of “The Stuttgart Ballet”. END_OF_DOCUMENT_TOKEN_TO_BE_REPLACED