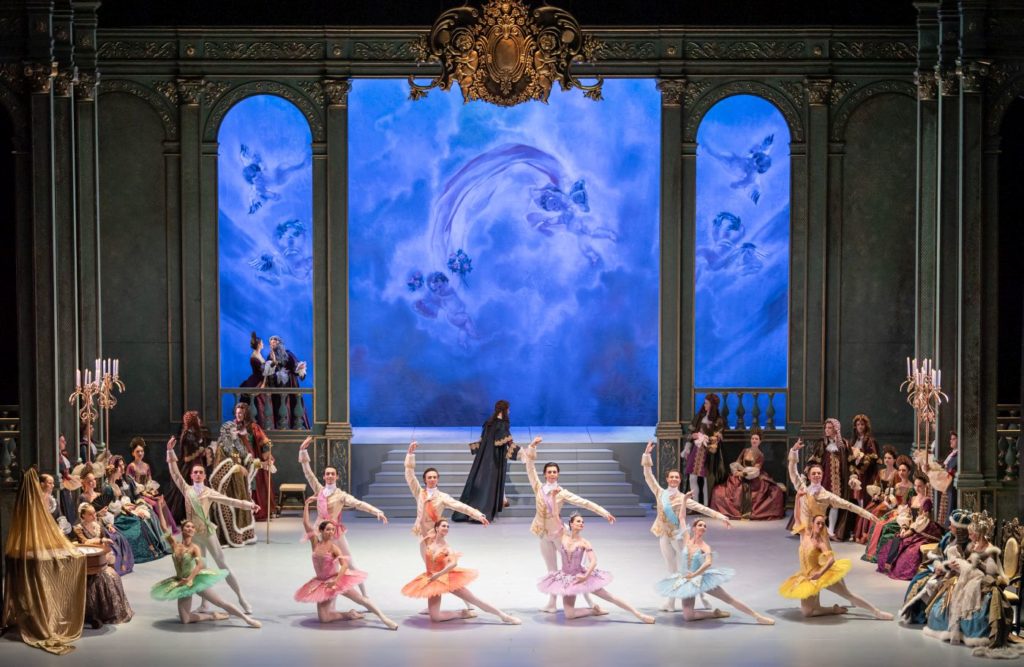 It is nearly impossible to mount a three-act full-ensemble classic in the midst of a pandemic – or at least it has been for many companies. That the Czech National Ballet accomplished this feat feels like a harbinger of better times to come. Last Thursday, on World Dance Day, they premiered “The Sleeping Beauty” on their YouTube channel. The video will be online until May 5th. END_OF_DOCUMENT_TOKEN_TO_BE_REPLACED 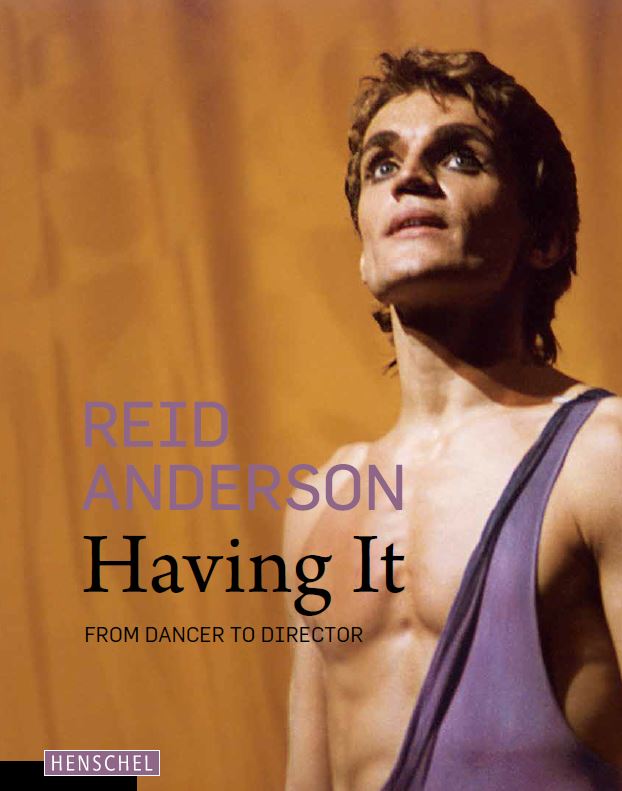 The book, available in German and English, was introduced to the public by Anderson and Tim Schleider, Head of the Culture Department of the Stuttgarter Zeitung and the Stuttgarter Nachrichten, in a matinée talk in Stuttgart’s opera house on April 1st. END_OF_DOCUMENT_TOKEN_TO_BE_REPLACED

Kenneth MacMillan (1929 -1992) would have celebrated his 85th birthday in December 2014. Stuttgart Ballet used this date as an opportunity to bring its close connection to the choreographer to mind. The double bill “Hommage à MacMillan” comprises “Song of the Earth” and “Requiem”, ballets with a special genesis and both created for the Stuttgart company. I saw the last performance of the first run. A second will take place in April.
In 1963 MacMillan had already created “Las Hermanas” for Stuttgart Ballet. Back then John Cranko had been at the helm of the company for two years. In 1965 the Royal Opera House refused to give MacMillan, who was its resident choreographer, permission to use Gustav Mahler’s “The Song of the Earth” for a new piece. Mahler’s music was considered untouchable, definitely not made for dancing. Besides no one had ever dared airing such an unreasonable idea. Fortunately times have changed. John Neumeier, for example, choreographed pieces to all of Mahler’s symphonies, except the 2nd and 8th symphony. Currently he is preparing a new work to “The Song of the Earth” for the Paris Opera Ballet. In any case MacMillan found the doors opened by Cranko in the mid 60s. Both had met as teenagers when studying at the Sadler’s Wells Ballet School and became friends. Cranko was the one who encouraged MacMillan to start choreographing because the Scot, who was two years younger, was heavily afflicted by stage fright when performing. END_OF_DOCUMENT_TOKEN_TO_BE_REPLACED

The dance critic Horst Koegler once compared him with a F1 World Champion who – second to none – has held his title for more than half a century: Fritz Höver, founder and longstanding chairman of Stuttgart’s Noverre Society. How would the Stuttgart Ballet have developed without Höver? Back in the early 1960s no one knew John Cranko in Stuttgart, not even Stuttgart Opera’s general director Walter Erich Schäfer. It’s hard to believe these days but in the late 1950s Stuttgart’s audience had not yet acquired a taste for ballet. The genre’s main function, since 1957 in the hands of artistic director Nicholas Beriozoff, ex-dancer of the Ballet Russe de Monte Carlo, still was to take part in opera productions. Beriozoff, paving the way for the company’s ascent, put considerable effort in promoting ballet. It was due to the relentless persuasive power of Höver, that the young Cranko was invited to Baden-Wuerttemberg’s capital. In 1960 Cranko staged his first work in Stuttgart, “The Prince of the Pagodas” which had premiered three years earlier atNich The Royal Ballet. One year later he took over the reigns of “The Stuttgart Ballet”. END_OF_DOCUMENT_TOKEN_TO_BE_REPLACED 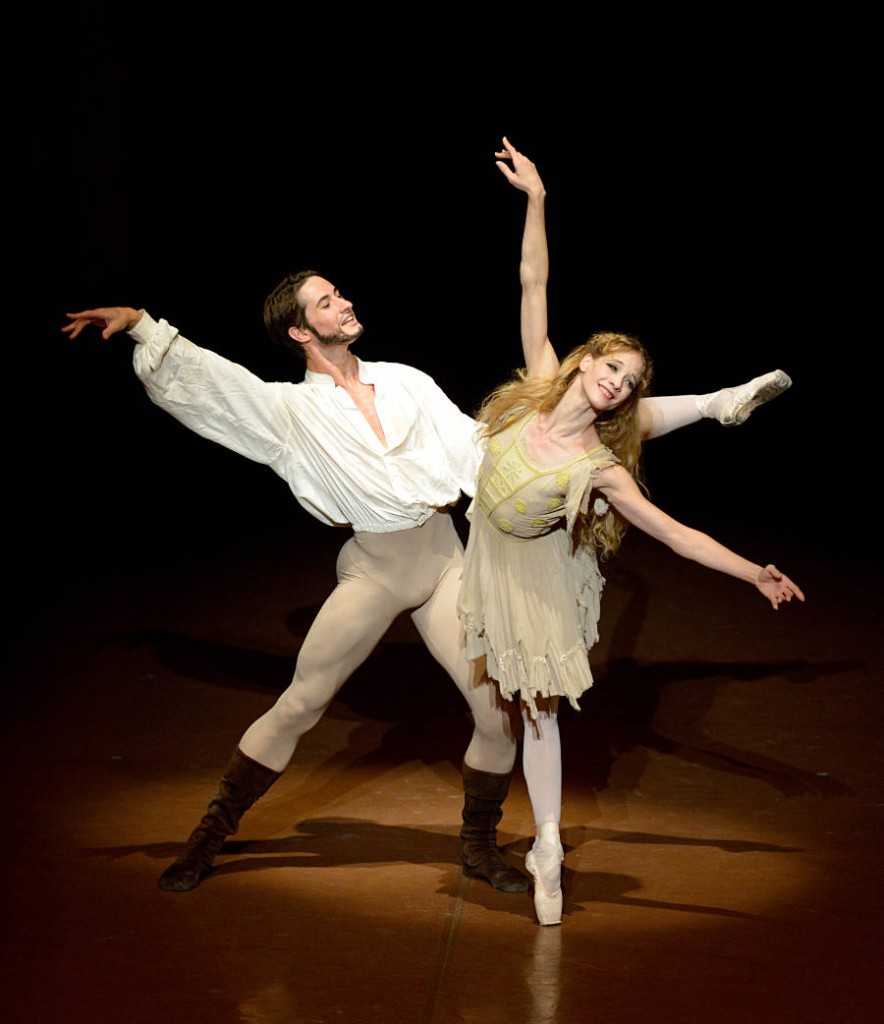 “Stuttgart Ballet” – the name conjures memories. The company became famous overnight in 1969 as ‘The Stuttgart Ballet Miracle’ following its visit to New York’s ‘Met’ (The Metropolitan Opera House). Luminous ballet stars like Marcia Haydée, Richard Cragun, Ray Barra, Egon Madsen, Vladimir Klos and Birgit Keil shaped the company. At the heart of things was John Cranko. The late director’s imprint remains present to this day on the walls of Stuttgart’s Opera House but above all on the minds and hearts of everyone. Since 1996, Reid Anderson has been at the helm of Germany’s flagship ballet troupe, which flourishes still today at the forefront of the dance world. Who are the dancers shaping Stuttgart Ballet now? Here are a few medallion portraits.

Alicia Amatriain, a Spaniard, currently is Stuttgart’s most versatile ballerina. In her prime technically, the thirty-three year old’s extensive repertory encompasses the most diverse of characters. The multifaceted Amatriain always immerses herself deeply in a role’s psychology, be it that of the hilarious Katharina (in Cranko’s The Taming of the Shrew) or the innocent Desdemona (in John Neumeier’s Othello). Amatriain intensifies dramatic atmospheres and stirs spectators’ emotions. Not only classic characters but modern women belong to Amatriain’s territory. She has relished working on new creations with many a choreographer (Marco Goecke, Demis Volpi, Christian Spuck and Douglas Lee among them). END_OF_DOCUMENT_TOKEN_TO_BE_REPLACED

At its premiere in 1969 the success of “Shrew”was all the more momentous given that narrative ballets were not in vogue during the preceding decade and ballet comedies were unusual. Next to Cranko’s “Romeo and Juliet”, “Shrew” added considerably to what the New York Times’ Clive Barnes termed “The Stuttgart Ballet Miracle” following the company’s 1969 visit to the Metropolitan Opera House. The premiere’s cast list reads like the “who’s who?” of ballet: Marcia Haydée and Richard Cragun in leading roles, with John Neumeier, Egon Madsen and Heinz Clauss as Bianca’s (Susanne Hanke) three suitors, and in the corps de ballet: Jiří Kylián. Almost forty-five years later “Shrew” hasn’t gathered dust. On the contrary the Stuttgart audience thrilled to it and the atmosphere was splendid. END_OF_DOCUMENT_TOKEN_TO_BE_REPLACED