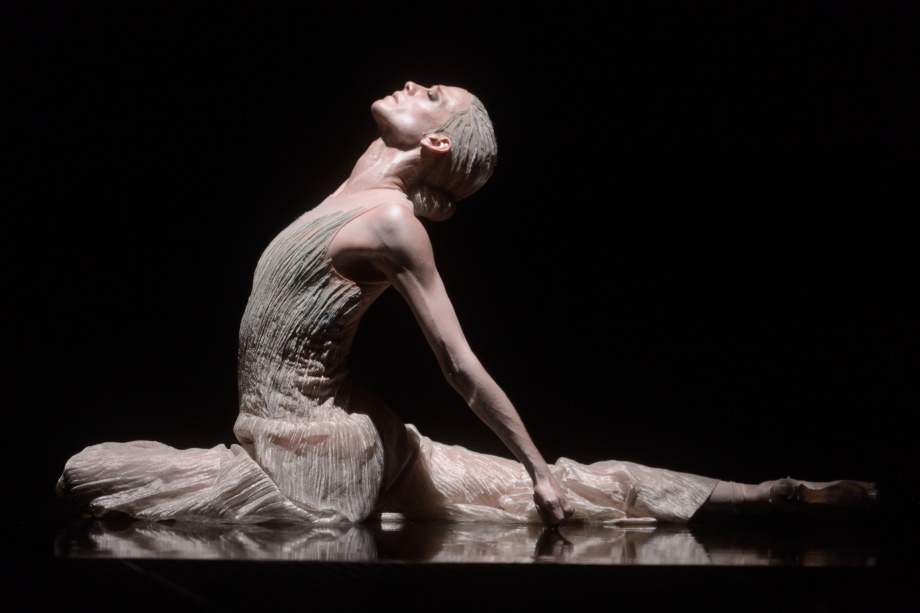 “Salome” is the second program-filling piece that Stuttgart Ballet’s resident choreographer Demis Volpi has made for the company. “Krabat”, also multi-act, in 2013 was his auspicious first attempt. Last year’s “L’Histoire du Soldat”, part of a triple bill dedicated to Stravinsky, was weak.
For “Salome”, Volpi again gathered the “Krabat” team. Vivian Arnold, Stuttgart’s director of the press, communications and dramaturgy, was in charge of the libretto and the dramatic direction. Set and costume designs are by Katharina Schlipf. Lighting is Bonnie Beecher’s. This time, though, the quartet’s work fell short. END_OF_DOCUMENT_TOKEN_TO_BE_REPLACED 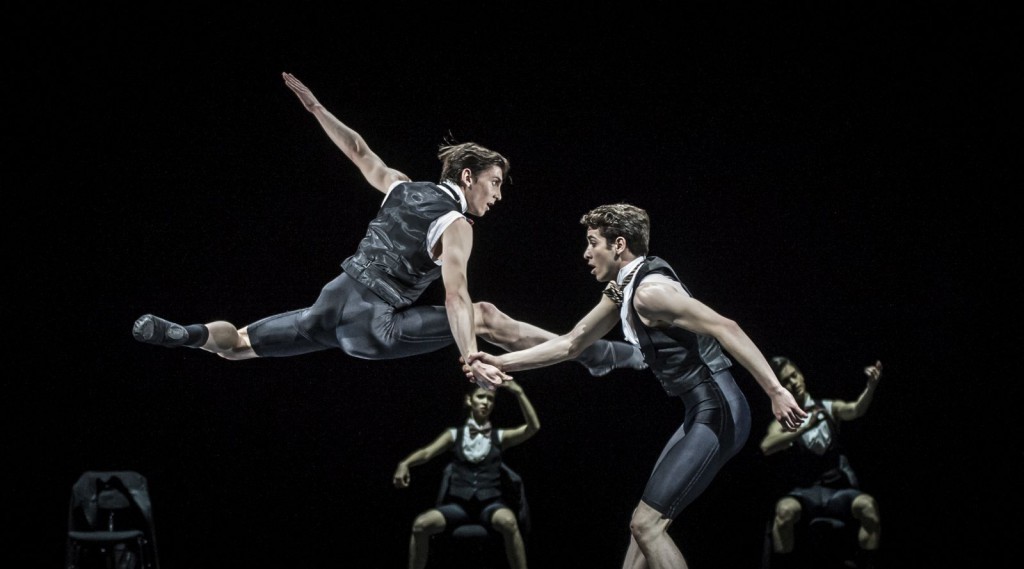 Since the era of John Cranko, Noverre Evenings have been firmly established in Stuttgart. They offer fledgling choreographers a chance to present their works to the audience. This year Rainer Woihsyk, head of the Noverre Society, had chosen thirteen pieces. “The evening is a bit too long”, he told me, “but I never know if one or the other backs out shortly before the premiere. That’s why I usually accept a few more applicants.” This time all succeeded and, as Woihsyk does not withdraw a promise once given, the program amounted to three hours including a break. Yet the pieces had been cleverly arranged, their variety kept one’s attention. END_OF_DOCUMENT_TOKEN_TO_BE_REPLACED

Stuttgart closes this season in high spirits with several performances of Maria Haydée’s “Sleeping Beauty”. The company has every reason to be in good mood. Recently, quite some intricate issues were resolved: after years of debate about financing, the first sod for the new Cranko School building was cut a few days ago. It is scheduled to be ready for the 2018/19 season. Renovation of the Stuttgart Opera House is also pending and, though it is not yet clear where the interim stage will be located during the projected five years of construction, the management, backed by the company’s team spirit, radiates confidence. Also a tricky personnel matter – who should succeed artistic director Reid Anderson? – was solved shortly before the end of the season. END_OF_DOCUMENT_TOKEN_TO_BE_REPLACED

Each season Stuttgart’s Noverre Society offers young choreographers the chance to show new creations. It’s a tradition going back to 1958, the year of the Noverre Society’s founding. Among those who have taken their first steps at these evenings are such illustrious names as John Neumeier, William Forsythe and Jiří Kylián. Backed wholeheartedly by Reid Anderson, Stuttgart Ballet’s artistic director, the Noverre Society provides everything to make creative ideas become real: rehearsal space, a stage, Stuttgart’s open-minded audience and, above all, professional dancers. Company members of the Stuttgart Ballet regularly volunteer to be part of the action. Costumes usually come from the Stuttgart Opera’s wardrobe department and the financing of set designs is possible – if kept reasonable. Promoted by the project are, first and foremost, ingenuity and intriguing ideas. END_OF_DOCUMENT_TOKEN_TO_BE_REPLACED

Coproductions of opera and ballet are not the order of the day in Germany. Hence I looked forward to Stuttgart’s revival of “ Orphée et Euridice”, a 2009 production based on Christoph Willibald Gluck’s opera, directed and choreographed by Christian Spuck. Then Spuck was Stuttgart Ballet’s resident choreographer. Now he heads the Zurich Ballet.
Spuck used Gluck’s French version of the opera, a quite radical revision of the initial Viennese “Orfeo ed Euridice” from 1762, tackled in 1774 for Paris. Regarding French opera tradition and Parisien taste, Gluck adapted the original score and reworked the orchestration. As castrati singers weren’t established in France, he transposed the part of Orpheus to tenor. Further, the original’s ninety minutes were expanded into the dimensions of a full-evening to make room for extended ballet scenes. END_OF_DOCUMENT_TOKEN_TO_BE_REPLACED

Once upon a time the label “Made in Germany” conveyed craftsmanship and reliability. Innovation, novelty and experimentation weren’t features associated with this phrase in any primary way. Now, Stuttgart Ballet has proven the opposite. “Made in Germany” is the ever so self-confident title of the company’s new ballet program which premiered earlier this month. A mixed bill of twelve little pieces, specially created for the dancers of Stuttgart Ballet by nine choreographers, it serves as nibbles for various tastes. In addition to these miniatures, a vast number of works have been made for the company since Reid Anderson’s directorship began in 1996: more than eighty, seven of them program-filling story ballets. Where else can one find such fertile creativity alongside the careful guardianship of tradition?

Crucial for spotting new choreographic talent is Stuttgart’s Noverre Society. Founded during Cranko’s era, it annually gives as yet unknown choreographers the opportunity to show their creations to an audience. For six of the current evening’s choreographers the Noverre presentations were the doorway to the big stages for which they have subsequently been making work. END_OF_DOCUMENT_TOKEN_TO_BE_REPLACED

At its premiere in 1969 the success of “Shrew”was all the more momentous given that narrative ballets were not in vogue during the preceding decade and ballet comedies were unusual. Next to Cranko’s “Romeo and Juliet”, “Shrew” added considerably to what the New York Times’ Clive Barnes termed “The Stuttgart Ballet Miracle” following the company’s 1969 visit to the Metropolitan Opera House. The premiere’s cast list reads like the “who’s who?” of ballet: Marcia Haydée and Richard Cragun in leading roles, with John Neumeier, Egon Madsen and Heinz Clauss as Bianca’s (Susanne Hanke) three suitors, and in the corps de ballet: Jiří Kylián. Almost forty-five years later “Shrew” hasn’t gathered dust. On the contrary the Stuttgart audience thrilled to it and the atmosphere was splendid. END_OF_DOCUMENT_TOKEN_TO_BE_REPLACED